Human-robot collaboration at Amazon reveals the future of work 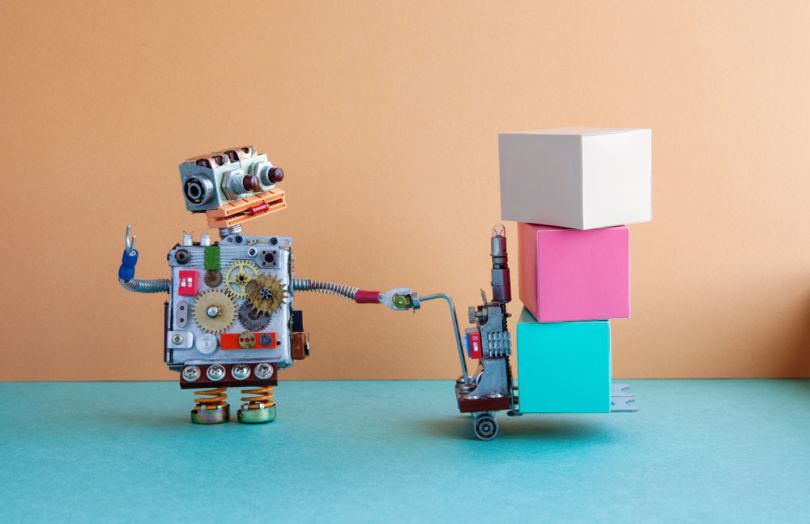 Key to keeping the busy robots from colliding with human workers is the high-tech vest recently rolled out by the e-commerce giant. According to the outlet, Amazon now has more than 25 robotic centers. Chief technologist for Amazon Robotics Tye Brady describes the advent of this technology as a game changer.

"What used to take more than a day now takes less than an hour," he said to Economic Times, revealing that the company now has the capacity to store about 40 percent more goods inside the same area.

While some consider the growth of robotics as a threat to workers, Brady counters that this approach instead offers Amazon a "beautiful edge" over the competition.

In what Brady refers to as the human-robot "symphony,” human workers are responsible for loading up products, matching up products ordered by the same customers, and building shipping boxes, with tools such as screens and scanners used throughout the process.

Brady says that robotics are in service of human workers, allowing them to “extend [their] capabilities” and free up mental space for problem-solving as needed.

A veteran in robotics with three decades of experience, Brady believes that “collaborative robots” are a value-add for human productivity as well as job growth.

"The data really can't be denied on this: the more robots we add to our fulfillment centers, the more jobs we are creating."

"It's a myth that robotics and automation kills jobs, it's just a myth," Brady told Economic Times, championing "R2D2" and Luke Skywalker from "Star Wars” as a prime example of robot-human collaboration.

"The data really can't be denied on this: the more robots we add to our fulfillment centers, the more jobs we are creating," he said, though he stopped short of addressing their potential impact in brick-and-mortar.

He argues that public policy will be pivotal to the future of robot-human collaboration. "The growth of robotics and AI is inevitable," he added. "The real question is, 'how do we prepare for our future with robots?"