How Blockchain Can Put a Stop to Counterfeit Drugs

Pharmaceutical companies have tried to monitor their suppliers and verify the authenticity of their supply chain, but full protection has been difficult — until now. 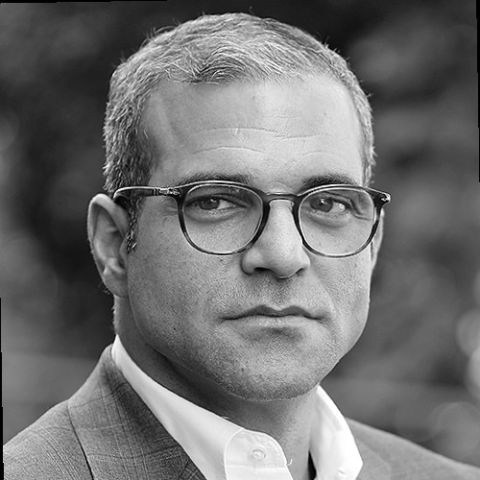 Blockchain technology is decentralized, trusted, anonymous, transparent and tamper-proof. All of these characteristics are useful not only in the realm of cryptocurrencies and banking but lend themselves to many purposes — including the fight against the novel coronavirus.

Consequently, the World Health Organization announced at the end of March its cooperation with companies that are already using blockchain technology such as IBM, Oracle and Microsoft to develop a platform for collecting and sharing data in order to rein in the pandemic.

But while certainly useful, a platform of this kind is not the only opportunity to apply blockchain during the ongoing health crisis. The technology can help us manage and control the coronavirus outbreak in multiple ways. To alleviate the health risks brought about by global trade, blockchain technology can be used to fight counterfeit pharmaceuticals.

A Surge in Fake Medications

Never before have so many scientists around the globe assembled so quickly to research vaccines for a virus that has threatened nearly eight billion people. Meanwhile, the effects of the crisis have also become apparent elsewhere — particularly regarding existing medicine for other diseases.

Europol issued a caution about a spike in crime in connection with the coronavirus crisis. According to a report by the law enforcement agency of the European Union, cases of cybercrime, fraud, theft and forgery are increasing. Similarly, sales of fake protective equipment and drugs have been soaring, thanks in part to counterfeiters stoking fears over the scarcity of face masks and disinfectants to turn a profit.

In Operation Pangea, a raid on 37 organized crime groups last March, Europol seized four million packages of fake medicine and confiscated some 34,000 fake surgical masks. Among the counterfeit products were antiviral drugs, the anti-malaria drug chloroquine as well as dietary supplements and vitamin preparations. Along with other observations around products such as antibiotics and Viagra, such incidents demonstrate that popular and badly needed pharmaceuticals are especially hard-hit by counterfeits.

It won’t stop there; the demand for a future cure for COVID-19 will be immense. Inevitably, the supply will lag behind. Once ready for mass production, coronavirus vaccines stand to become not only the drug of the year, but also the fake drug of the year.

The greatest gateway for counterfeit drugs to enter the market is through the internet, as ordering pharmaceuticals online, including prescription drugs, is becoming more widespread. But not all vendors can be trusted. Criminals are luring their unsuspecting victims with seemingly attractive prices and products. During a global health crisis, such activities are especially hazardous and a threat to people’s lives.

How Blockchain Can Foil Counterfeiters

Pharmaceutical companies monitor their suppliers, verify the quality and authenticity of their supply chain and ensure quality control at a high level. Still, it is difficult to guarantee full protection from criminal activity — at least it was until now.

Today, blockchain technology can offer full protection from counterfeit drugs entering the supply chain. Its merit lies in an inherent feature, which allows data to no longer be stored centrally. Instead, that data can be stored on a distributed network of nodes in a decentralized database.

Each entry is individually encrypted. Any changes have to be verified by all nodes within the system, making blockchain solutions virtually impossible to hack, because the data cannot be manipulated after the fact. Blockchain technology therefore makes it much easier to detect fraud and to identify weak links. As a result, companies can gain full transparency over their supply chain.

The technology also opens up the possibility of each customer being able to verify the genuineness of the drugs they purchased — by scanning a QR code on the packaging via an app, for example. This makes it easy for each buyer to see if their product is genuine or fake. Blockchain technology thus not only enhances trademark protection, but also the safety of products and patients.

Apart from combining distributed ledger technology with QR codes, blockchain solutions are compatible with other technologies as well. To achieve even better protection from fake drugs, it can be combined with RFID or GPS — technologies that are based on the contactless transmission of data. With such combinations and the integration into existing systems, blockchain can be adapted to each company’s individual requirements and comes with many advantages.

Securing the authenticity of products at the highest level is only possible through the use of blockchain technology. At the same time, it serves as an effective means to discourage counterfeiters, since it is quite easy to detect exactly where fakes may have entered a supply chain.

Blockchain is rightfully gaining attention from companies during this crisis. Having long been trivialized and been associated solely with cryptocurrencies, it is now being recognized as providing the necessary transparency and security that can contribute to saving people’s lives.

Read This NextProtect Your Newly Remote Team From Cyberthreats