Is the Writing on the Wall for TV?

Increasing options for consumers mean cable providers may need to figure out something new. So, what might that look like? 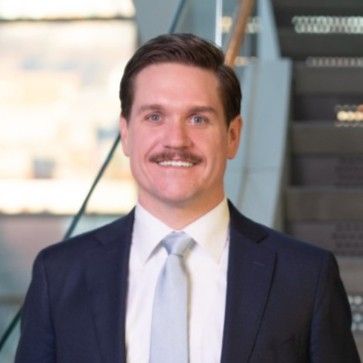 Cable providers continue to dominate the broadband market — accounting for 66 percent of U.S. subscriptions in 2021, according to Bloomberg — as they have for over a decade. Despite this longstanding dominance, however, cable is now under fire from a number of external pressures, changing consumer preferences and the availability of superior data speeds via other technologies.

As consumers have increasingly shifted to streaming services for content, however, their reliance on bundled TV and internet services has diminished. The share of Americans who say they watch television via cable or satellite plunged from 76 percent in 2015 to 56 percent in 2021, according to the Pew Research Center. That drop doesn’t necessarily indicate a decrease in cable broadband subscribers. It significantly impacts the stickiness of the bundled cable service offerings, however. That is, if a customer is no longer interested in the cable TV offering and can get faster, more reliable or less expensive internet service from fiber, fixed wireless access (FWA) or satellite, they’re more likely to change providers.

That same Pew study also showed that younger generations disproportionately favor shedding cable or satellite TV service, primarily because they can access the content they want to watch online. In the last six years, the percentage of the 18–29-year-old demographic that receives TV via cable or satellite dropped from 65 to 34 percent. For ages 30-49, the drop was similarly drastic: 73 to 46 percent. That shift indicates two things: First, the value of providers’ data offerings will increasingly drive competitive differentiation. Second, the decrease in pay TV subscribers is likely to continue as younger generations control more of the market.

So, what alternatives are consumers shifting to?

More From Ken TinnesTelecom Has a Chance to Drive 5G and IoT Forward. Will It Seize the Moment?

The first alternative — in which customers eliminate their paid TV and maintain the internet subscription — is promising for cable providers. Cable net adds are still higher than competing service types, but the growth rate is decreasing relative to fiber. Cable will need to maintain its cost advantage and make capital investments to increase speed, network capacity and reliability. In key markets, cable companies may invest in fiber overbuilds to defend themselves against emerging fiber competition.

Fiber has seen the biggest year-over-year percentage growth among broadband service types, according to Bloomberg data. Like the technical superiority coaxial cable offered against traditional telephone lines used to provide DSL, fiber optic cable has superior data transmission capabilities compared to its predecessor. The biggest barrier is cost; fiber, especially fiber to the home (FTTH) can be prohibitively expensive for certain geographies, whereas much of the front-end cable infrastructure is already in place.

The fiber rollout is also slow. According to the most recent analysis by the Federal Communications Commission (FCC), only 22 percent of the country had access to one or more fiber providers offering download speeds of 1000 megabits per second (Mbps) and upload speeds of 100 Mbps (i.e. the speed at which fiber noticeably outperforms cable). Even in locations where fiber speeds are comparable to cable (i.e. 250 Mbps download; 25 Mbps upload), fiber is available for only 36 percent of the population, compared to cable’s 85 percent.

The emergence of 5G technology over the past several years has presented a viable alternative to cable or fiber. FWA has the potential to harness many of the strengths presented by the fiber and/or cable lines that will ultimately support the back end of its network, while avoiding many of the barriers. FWA can provide high-speed internet directly to a small receiver in a user’s home, and it can bypass the costly challenges of running expensive fiber to the home. Providers still face technical challenges with network capacity and geographic constraints, however (i.e. distance and obstacles between a tower and the end user).

The technological advances of satellite internet, particularly low Earth orbit satellites, present a flexible option that may benefit a sizable portion of the country without high-speed internet access.This is particularly true in remote areas of the country where running cable or fiber may be too costly or FWA towers may not be reachable. Due to cost constraints and technical practicality, satellite may be a highly valuable niche provider that will continue to gain modest market share without significantly disrupting the market.

Takeaways for the Middle Market

Traditional cable broadband providers must continue finding opportunities to bundle services to minimize churn. Where it is possible and practical to do so, capital investments in fiber overbuilds may create a valuable barrier to competitive threats. Telcos with expanding fiber networks should see 2021 as a positive sign that the market is receptive to changing service offerings.

Meanwhile, emerging wireless technologies face different challenges and opportunities. Satellite providers still have a way to go in terms of market share, but their distinct business case (particularly the superior rural service offerings and ease of access for underserved markets) provides them with a niche opportunity to thrive and gain customers. FWA presents opportunities for cable and telco providers alike, in addition to new entrants and public-private partnerships. Still, we expect it will take time for the use cases to develop as 5G technologies continue to expand.