Remote Working Styles: Updating How You Organize Your Workday

Working from home prompted these tech professionals to change the way they approach the workday.

Lisa Bertagnoli
Senior Staff Reporter at Built In
Lisa Bertagnoli is a Built In senior staff reporter covering fintech and blockchain. During four decades as a journalist and writer, she has covered personal finance, business, arts and culture, philanthropy, health, and the restaurant industry.
Image: Shutterstock / Built In 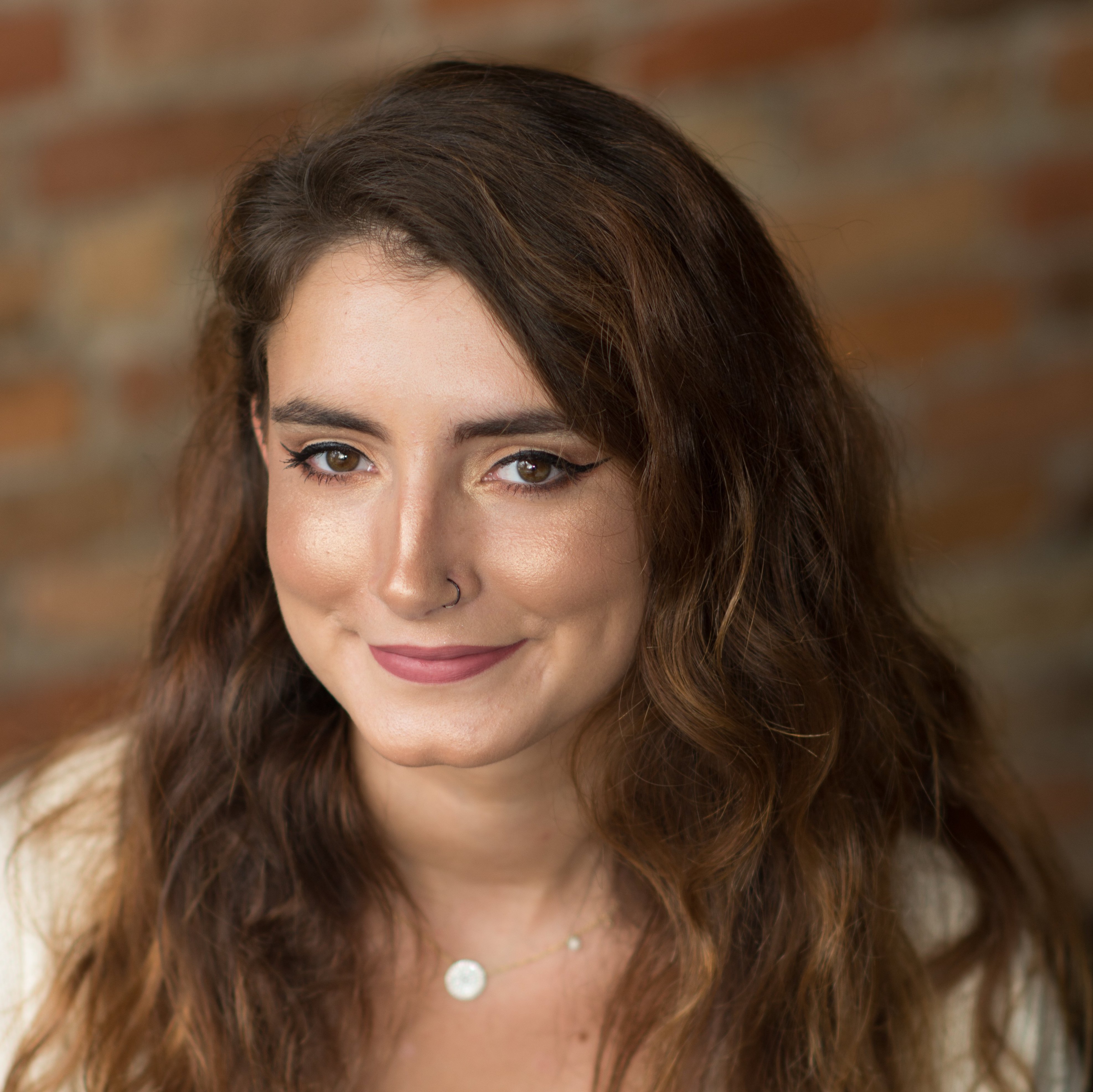 To boost productivity — and stay out of work-from-home ruts — sometimes the best thing to do is switch up your remote working style.

Take Jason Grunberg, chief marketing officer at CM Group, as an example. Before the pandemic, Grunberg attended lots of meetings and regular one-on-ones. But when employees shifted to remote work, Grunberg found himself sitting in the same spot all day. It also didn’t help that all the meetings moved to video, causing video-meeting fatigue to set in.

Grunberg’s solution? He started taking the meetings on the phone, and walking while meeting. As a result, he gets outside for a walk every day and no longer has to dedicate an hour each morning to exercise.

Grunberg is one of many professionals who have had to make over their working style — their approach to the day-to-day tasks of their jobs — because of the shift to remote work.

Everyone has a different approach when it comes to working from home, and as we blend WFH with going into the office with hybrid models, it’s important to hold on to what works.

The Art of the Walking Meeting

Grunberg said that benefits of the walking phone meetings include more time with his daughter in the morning, which “creates more balance in the house,” he said. Phone calls, he added, are more efficient than video. “When a call is over, people are happy to hang up, while on video, people need to fill the space because we ‘made the time to see each other,’” he says.

To supplement the one-on-ones while working from home, Grunberg launched regular “coffee talk” meetings with groups of three or four team members. Team members receive the meeting topic in advance, and it’s usually something without a clear deadline. “We can work our way through a challenge over time and ultimately get to better answers,” he said. Sometimes, the meetings are simply hangouts, “just laughs about something we all have in common,” he said. “You miss that water-cooler talk,” he said. “These conversations help move the business and the people forward.”

Grunberg also uses videoconferencing to record thoughts and notes on writing, presentations and other work. “I can end a meeting, go right into one that’s just me, use the record function and get a transcription soon afterwards.” The approach works more efficiently than a separate dictation service, “because I’m already in Zoom and sometimes it’s easier to just start talking than it is to start writing.” He plans to keep this new work tool going forward. “I am so relieved to have something so efficient that captures ideas from a call.”

Further ReadingIt’s Not You: Working From Home Can Be Incredibly Lonely

Before the pandemic, David Kashak’s meeting style was more ad hoc than organized, more freewheeling than super-structured. “I would describe my work style as ‘very present,’” said Kashak, cofounder and CEO at Connatix, a video-content platform for publishers. Kashak described Connatix’s company culture as very office-based. “People connected in the office, around the coffee machine, sitting next to each other brainstorming, doing a lot of whiteboard sessions,” he said.

The pandemic and need for remote work brought that to a halt, right at the same time the company grew 50 percent, to 150 from around 100 employees. By necessity, meetings were scheduled instead of taking place spontaneously. Instead of open agendas, the meetings had specific agendas, with each department head bringing a topic. Kashak, who describes himself as “very fast paced, with 100 ideas running through my head,” found himself having to collect his ideas before each meeting and write them down in order to share them in a virtual space.

Remote meetings also became more methodical; instead of tossing out ideas and getting instant feedback, the team would intentionally discuss each idea and present feedback after a discussion of the ideas. “Our meetings became more efficient,” he said. He also noted a shift in time expenditure: more on the front end in preparation, but shorter time in the actual meeting because of that preparation. Kashak said that, for the foreseeable future, meetings will be a mix of remote and in-person, whatever makes more sense given the task at hand. Either way, the shift to more scheduled meetings “allows for more voices to be heard within the organization,” he said.

Further Reading The Future of Work Is Flexible

Remote Scheduling for Creativity and Productivity

Lauren Melillo, manager of the creative studio at MNI Targeted Media, has a different relationship with technology, interaction with her team, and morning and evening routines.. The result: Several small but significant, and welcome, changes to her remote work style.

Before working remotely, Melillo conditioned herself to tap into her creativity during the nine-to-five business day. Working from home, though, encouraged her to source her creativity differently. “I’ve found that my brain is ‘on’ at all hours of the day, specifically in the morning,” she said. Melillo checks in with colleagues daily.

Brainstorming sessions can last anywhere from 20 minutes to three hours. “We run with our energy and keep going if we find that creative collaborative spark,” Melillo said. Working remotely, through screens, creates an extra need for the camaraderie that long meetings offer.

She uses an online whiteboard, to capture her thoughts and share them later, and continues to use to-do lists. One major tech change: In the office, Melillo worked with four screens. She’s now down to one, on her laptop, and finds it a productive change. “Before, I had my email on one screen, my Monday.com project list on one, and countless windows on the other,” she said. “Now I can really hone in and focus on what I’m doing at the present, versus having all those distractions before.” Other shifts, for instance to cloud file sharing from the server, created efficiencies for her and her team.

Melillo used to rise at 7:15 a.m. to get to the office by 8:30 a.m. Now, without that 20-minute physical commute, she wakes at 6 and spends some time reading, listening to a podcast, walking her new rescue dog, or even just watching the sunrise. That mental space helps her “kickstart” her brain and gives her time away from screens. “I feel more refreshed in the morning by doing other activities,” she said. She spends down time in the evening knitting or painting, more activities that provide that brain boost and valuable time away from screens.

Nathan Peterson, a software engineer at Textio, has always been an early riser. Nowadays, he uses the wee hours to get serious work done, say a coding project that requires investment of time and concentration. He and his wife have a six-year-old daughter; to fit childcare, work meetings and other necessities into the day, Peterson often begins work at 5:30 a.m. and sometimes doesn’t sign off until 8 p.m. or so. It’s called a Swiss cheese day: It can last 16 hours or so, but alternates blocks of work with off-the-clock activities too.

Peterson gets out of bed at 4:30. He has coffee, exercises and sets his goals for the day. He devotes the early morning hours to the most difficult projects of the day. That front loading approach is necessary: “By 4 p.m. I am tired,” he said. “I’m not able to bring that same level of energy to a project.” During the pandemic, Peterson and his wife drew up a weekly childcare schedule that breaks the day into half-hour chunks. “We try to keep things even,” he said, pointing out the fact that the pandemic placed a heavier work/family burden on women.

He said it took a while to become accustomed to the new remote work style. “Context-switching between childcare, work, meetings and coding feels like a really expensive operation in my head,” he said. When work life gets more or less back to normal, Peterson said he’d like to keep the early morning, concentrated-work routine. “I might take focus blocks at home, a few days a week.”

Textio’s focus on employee self-care during the pandemic made the Swiss cheese days doable, Peterson added. “Sometimes working super-long days is sustainable for me, and other times it is not,” Peterson said. “I can take a step back or a break when I need to.”