Question: Where can tech talent go to evolve alongside the company they join? Answer: Quora
Written byKim Conway

​It’s a tale as old as pandemic time: A company decides to go fully remote in response to the new normal. But while we’ve all grown quite used to hearing the word “normal” bandied about these days, actually achieving it remains enigmatic.

In practice, enacting a sweeping change to go remote-first can cause a disruptive shift, even for a well-established company. Yet for the team behind the Q&A-centered online platform at Quora, the intentional, employee-focused decision came naturally.

When it became clear that what once worked within the walls of the Bay Area headquarters was no longer the only option, the company’s leadership sprang into action. Director of Engineering Vanessa Tan recalled how people from across the organization stepped up to determine how to make every aspect of the structure and culture work in a new setting. “I’m very grateful to work with so many team members who helped me learn how to best support them in a remote-first environment,” she said.

As a newer Quora team member, the Head of Product George Wang appreciated how the company intentionally laid out those expectations. “One of the really nice things about Quora’s remote culture is how well-documented, established and spelled-out a lot of the norms are,” Wang said, specifically calling out new hire documents and detailed expected response times for different communications tools, like Quip, Google Docs and Slack.  “You can rapidly ramp up to be a full-fledged cultural employee, even though you haven’t actually worked here for very long.”

In addition to offering more flexible schedules, this change also opened up a world of opportunity for hiring. “I’m working with people who are not just spread out across the U.S. or North America, but even Europe and Africa,” said Tan. “It wouldn’t have been conceivable to work with these phenomenal people before having opened up to the possibilities of remote first.”

With a stacked team and a successful year of growth behind them, Quora has reached an inflection point, and they’re hiring across the board. So why Quora, and why now?

“This is the right time for people who are ambitious and want to own projects and the growth of a company at a high level,” said Chief Revenue Officer Vinay Pandey.

Tan agreed. “Whether you’re interested in user growth, monetization, site performance or mobile frameworks, these are all areas where we’re growing,” she said. “If you want to be part of a team you can help shape as it evolves, this is a really critical juncture as we scale the product.”

Built In sat down with Wang, Pandey and Tan to learn more about how they lift up their respective teams in product, revenue and engineering and how this new chapter looks through the lens of exciting growth.

A GRAND AUDIENCE FOR A VAST AMOUNT OF CONTENT

With 300 million monthly global users, and more than 300,000 topics to explore, Quora’s product offers something for nearly every interest out there.

Best of Both Worlds 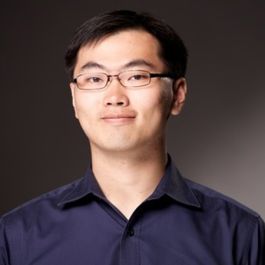 It’s no easy feat to leave behind vestiges of in-office habits, which is why Wang thinks so much about how to build trust with his direct reports in a virtual environment. He makes time to chat with and learn about his colleagues’ lives outside of work, intentionally creating an environment that’s not “explicitly focused on the work itself.”

It was very much the culture of the team and the potential of the company. As I interviewed, I met people who were very dedicated to Quora’s mission to grow and share the world’s knowledge. The average tenure of the people interviewing me was around five years, which is pretty uncommon in tech. Since Quora is small relative to the size of our user base, the leverage each employee has and the company’s potential continue to be extremely high. It’s really refreshing to be in the best of both worlds, where you get to know everybody and have a lot of influence, while also addressing a massive user base.

Based on what you learned from those previous roles, how have you changed your leadership methods?

In a big company, there’s a lot of learning by mimicry, through people and mentorship. In a smaller company, you not only get the opportunity to apply what you’ve learned elsewhere, but you also learn through first principles. What works for Quora is not going to be a copy and paste of what works for Twitter or Facebook; it’s the principles we learned at those companies rather than specific tactics.

Communication is very important. In a larger company, you spend more time saying, “Our decision is X,” and making as many people aware of that decision as possible. In a smaller company, you can express more nuance and subtlety. You can spend more time discussing why it’s the right decision or exploring alternatives. At Quora, I spend much more of my time communicating the context of a decision rather than the decision itself.

Looking at Quora’s product growth journey, how do you envision what to develop next?

Coming back to our mission, we think about growing beyond the Q&A product. How can we deepen conversations between question-askers and answerers? How do we build on our product and make a more engaging marketplace where users can talk to each other and learn something valuable and impactful? If they want to make a purchase decision or figure out what college to go to, we want Quora to be the kind of place where you can learn about those things and enrich your life.

Quora’s product org is relatively small, and we expect each product manager to fully own the development and growth of their product. We think of our PMs as very full stack. This is someone who is going to work with design, data science and engineering and go from the basic vision of the product all the way down to its execution, launch and growth.

“Quora’s mission is to share and grow knowledge; it’s really ambitious and important.”

Growth Through Strategy and Structure 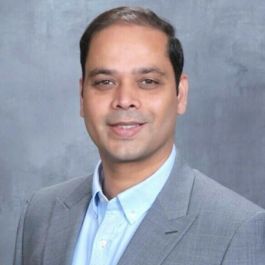 Like many of his colleagues, Pandey manages teams on a global scale. To deliver as a remote leader, he aims to over-communicate and holds regular one-on-one meetings with individuals in his organization to keep everyone aligned on vision and strategy.

After nearly eight years at Twitter, what specifically brought you to Quora?

Throughout the interview process, it was very clear to me that there was incredible talent at Quora, and I wanted to be a part of that. I saw how transparent and data-driven everyone was, but also how there’s almost no ego. The company is very focused on the mission and delivering the best user experience. The advertising product is also still very young, and the opportunity to monetize the product is huge. We’re still in the early innings of where we can be. It’s extremely energizing.

How has your background informed the work you’re doing now?

Because Quora is a smaller company, there’s bound to be fewer supporting functions, and we have to be efficient with our resources. It’s refreshing to start from scratch and see what you can build. But it’s also an experience you have to relearn after being in a big company — thinking about a product and where it can go without all of the previous legacies and accumulated baggage. It’s a big change, but it’s refreshing to see how excited everybody is about the future of Quora.

How has Quora’s revenue growth changed during your tenure, and what does the road ahead look like?

Our value proposition is much clearer now. People come to Quora actively looking for answers, and there’s a massive opportunity for brands to get in front of millions of customers. Our strategy has evolved in three key areas: identifying customers who will be successful on the platform and structuring our team in the right way to go after them, diversifying into new verticals and geographies and mapping that to advertisers, and investing in new advertising product development that complements our platform and experience. This has helped our revenue grow significantly over the last six months, and we are seeing even greater momentum in this coming year. It’s a really exciting space right now.

We’re still in the early innings of where we can be. It’s extremely energizing.” 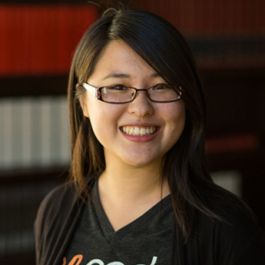 To help her team thrive in a remote environment, Tan emphasizes the importance of intentionally building personalized relationships — both in terms of flexibility and socialization.

What brought you to Quora when you started as an engineer in 2014?

I wanted to join a product and mission that I was really motivated by. And being early in my career, I wanted a place where I could learn and grow really quickly. Quora’s mission is to share and grow knowledge; it’s really ambitious and important. I felt like I could not only have outsized ownership and make an impact, but also have the mentorship that I was looking for — both in engineering and other functions, like product.

As a director of engineering, what does your growth journey signify about how Quora supports employees, particularly as a woman in tech?

Quora is a place that really invests in people. I took a lot of inspiration from our CEO, Adam — not just his personal journey as the former CTO of Facebook, but how he brought in a culture of caring about ideas, wherever they may come from. He is very much about eliminating boundaries between teams and functions. When I was a software engineer here seven years ago, I distinctly remember having a discussion with a member of the executive team who was very involved in content quality and moderation. What struck me was not just that I had access to them, but that they took what I had to say about the topic very seriously. They went on to become a mentor who vouched for me as I took on new responsibilities. I’ve worked with numerous other women engineers at Quora who grew into management positions, which is very telling of how the company invests in everyone — especially women in engineering.

How does Quora help its employees grow where they’re planted?

Quora does really well with transparency, access, and a culture of growth and mentorship. I cannot stress enough how important transparency and access are to the ability to grow quickly. Our teams aren’t siloed, so it’s really easy to access engineers and leaders on other teams. Even if you miss an all-hands presentation, you have access to the information, data and companywide strategy that can help you understand the big picture of what you’re working toward, allowing you to identify opportunities to make a bigger impact.

The leadership team has formalized and ingrained mentorship into our culture, not just through lip service, but also performance evaluations based on our pillars. The performance rubric asks, “Are you mentoring or writing documentation that will help other people? In what ways are you supporting the team and not just delivering on your own?” I have benefited greatly from having access to people who are willing to mentor and share knowledge, and I always want to pay it back in the future.