Newly named Flatiron CTO Cat Miller shares what she looks for when hiring talent, her vision for leading the tech org and how she’s looking to make an impact.
Stephen Ostrowski
Stephen Ostrowski

Cat Miller had three main goals when she was appointed to CTO of Flatiron Health earlier this year: Focus on bonding and relationships in her org; hire more diverse talent; and increase developer velocity.

The aims are a mix of both culture- and people-focused goals along with technical aspirations which, in tandem, comprise the foundation behind Miller’s long-term vision at the NYC-based, oncology-focused healthtech company. 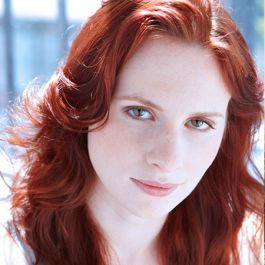 “I want every person at this company to be empowered to have the tools to do their job without being blocked, and to spend most of their time doing creative work rather than maintenance and upgrades and the day-to-day toil,” Miller said. “There are a lot of different ways to get there. I think that’s the goal of the tech organization.”

Miller is deeply familiar with Flatiron’s tech org: Since joining the company in 2014, she’s held various positions of increasing seniority as she’s ascended the engineering ranks, including vice president of evidence engineering and a stint as head of international product prior to her most recent appointment.

Given her background, it makes sense that honing in on the developer experience is central to Miller, who said that she met with colleagues to brainstorm on needle-moving projects to benefit technical efforts after being appointed to the position. Example top-line priority items include moving away from the “monorepo culture” that Miller said Flatiron has outgrown in favor of using a polyrepo architecture.

“That’s something that will enable more development of new services, allowing for more nimbleness and independence for teams, which I think is really important,” Miller said.

Being nimble is something that Miller hopes translates into real-world benefit at Flatiron, which looks to leverage data to make inroads in cancer research.

“Anything you invest in empowerment, speed and letting people be creative is then reinvested in business outcomes — which could change over time —  but hopefully impact patients and physicians,” she said.

As she builds out her vision as CTO and lead a growing team of around 400, Built In NYC caught up with Miller to learn how she aims to leverage technology to accomplish Flatiron’s goals, the type of talent that the now-hiring company seeks out and some of the core items on the team’s engineering roadmap.

What is Flatiron’s mission? As CTO, how do you help further that mission?

Miller: Flatiron’s mission is to improve and extend lives by learning from the experience of every person with cancer. As CTO, the piece of that which speaks to me is “every person with cancer,” which is implicitly a scale problem. You’re not solving this by sending volunteers out with pen and paper. You’re not solving it by looking for one rare patient, one rare biomarker. You’re asking: How can we build a system at scale that impacts broadly across the ecosystem and learns from every human that experiences cancer?

What I love about being at this company is that it’s a healthcare company whose inherent proposition is based on scale, which is an engineering core value and an engineering skill set. It’s great to move the needle in a space that is so important, but that is rooted in technology in a very fundamental way.

As a leader, how do you help fellow tech talent grow in their careers? Why is it important to you to develop and mentor your colleagues?

Miller: To really mentor and do well by someone is to care about them beyond what they could do for Flatiron. An early question I ask everyone who reports to me, as well as people I’m coaching, is: What is the pinnacle of your career? Where do you want to be at the highest point? Growth and development is something our culture deeply values and respects. Most of us are not near the end of our careers, so it’s really important to understand and care about where someone’s going beyond their current role and contribution on the team. Beyond what you can do for us, how can we provide you with opportunities that are valuable to your long-term aspirations?

I very much believe this idea of — if you’ve read the book Range — expanding any element of someone’s abilities makes them better at their job. If someone’s in a non-client-facing role, but they want to improve their public speaking, that’s great. I believe that that will pay dividends, even if it’s not obvious how it connects to their job. I don’t worry too much about direct ROI, because I believe that overall our ROI is high.

“Learn, teach, grow” is a core value of Flatiron’s — and it comes to life through company resources like manager trainings and learning circles, tech-focused and general mentorship programs, L&D budgets and even “Flatiron University,” through which colleagues educate one another about relevant topics. “It’s not just the tech culture; it’s the Flatiron culture. It seeps into every department and every team here,” said Miller, who, in addition to participating in Flatiron’s Black- and LatinX-focused mentorship programs, finds time to mentor talent outside of her role at Flatiron.

As a leader, what role do you play in sustaining the tech culture at Flatiron?

Miller: One way is obviously what you look for in interviews. “Be kind” is a core value — and what we look for in candidates. I am more interested in accepting someone who is maybe not spiking on their algorithms, but they’re able to pass their ability to code, think through problems, and they’re a great communicator — that’s actually more interesting to me, and more valuable to us than someone who is really good at optimizing C++ code, but struggles to communicate their great ideas to others. I also think it’s how you lead in what you model and what you encourage. We’re very lucky to have a really strong people-first leadership in engineering and across the company.

One of Miller’s big goals is to staff up, but the leader is emphatic that brisk hiring shouldn’t come at the expense of DEI efforts. “Diverse teams are stronger. I definitely believe that when you’re working, for example, in cancer, where not all patients are treated equally, having diverse perspectives is helpful,” Miller said. “At the end of the day my core reason to push for diversity is that it’s the right thing to do. It’s a small way in which we can impact the world.” As Flatiron head of diversity and inclusion Chante Butler previously told Built In: “Our company mission is to learn from the experience of every cancer patient. So by default, our mission is one of diversity and inclusion.”

What are some exciting items on your engineering roadmap? Why are they important and what is their impact?

Miller: In addition to the velocity of developer experience, another thing is quality and uptime for our users. That is particularly important with OncoEMR — which is an electronic health record (EHR) that is used by doctors and needs to be up all the time. I mentioned earlier this monorepo to polyrepo project — a lot of our code has been in a monorepo, and it takes a long time to develop code in it. When you want to upgrade a dependency, you have to upgrade it everywhere. It is frustrating to require 14 other teams to sign off, saying you didn’t break their stuff, every time you want to make a change.

Our EHR application is not a young application. We obtained it through an acquisition, so it is a monolith. We are in the process of breaking that down into services. It will ultimately result in more stability, developer happiness and the ability to iterate and swap out components.

There are other projects that aren’t on our roadmap. Longer term, we should move to ephemeral infrastructure. Currently, we are in a world where we can’t necessarily recreate our infrastructure overnight. It’s getting better, but I’d really love to move to a world where we can tear down and recreate everything in our ecosystem every night. We’re not there yet — but we’re eager to get started.

“One of the Flatiron values is ‘be kind.’ I think it’s embodied by every person here and is probably the value that we live by the most,” Miller said. “That means valuing everyone’s perspective and having a collaborative, rather than a confrontational, attitude.”

What would you tell a talented tech professional who expresses an interest in joining Flatiron?

Miller: We have a people-centric leadership and culture. We can’t succeed at our mission without moving the needle on how cancer is understood and treated. Right now, it is exciting because we have a mandate to modernize for sustainability. We’ve got a proven business track record. We’ve got software that is wanted and desired. It’s a great moment for the tech team to step up and say, “This is how we do this in the most scalable way that lets us reach 10 times the patients in three years with the same number of people.” That’s a really fun and cool engineering challenge.