Creative types see AI as an asset not a liability, says Adobe study 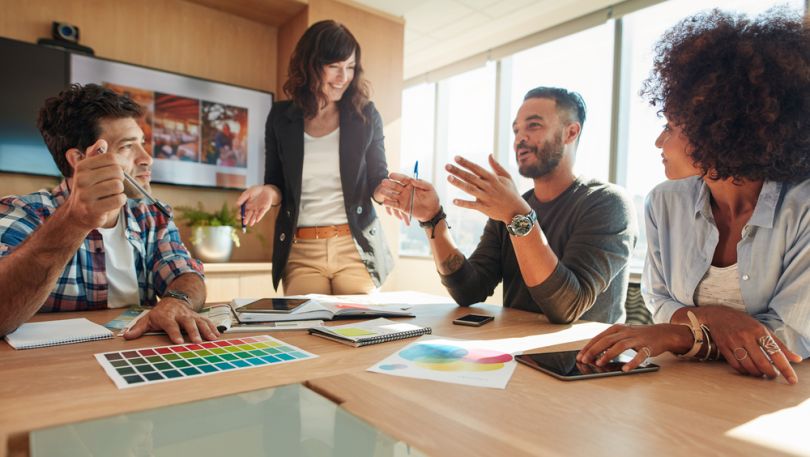 Artificial intelligence has a reputation as the harbinger of mass unemployment, but a recent Adobe study suggests creative types are not sweating it, reports Forbes.

While artificial intelligence is touted for its ability to eliminate the drudgery of manual tasks and routine decision-making, survey respondents suggested it is no match for the creative spirit, even as the technology is making forays into writing, music and art. These creative professionals believe instead of dampening creativity, AI will foster it by giving them time to focus on driving innovation.

The report, which consisted of interviews with creative professionals working in design, illustration and imaging, motion graphics and UX/UI design, struck an overall optimistic tone. “Creatives don’t fear being replaced by robots," the study states. "Most do not fear that their jobs will be replaced by AI, although they do recognize that the ways they work and how they spend their time will change.”

Their sunny disposition may seem of the Pollyanna variety, but it is rooted in reason. Fighting against the relentless march is poor strategy. Success lies in knowing how to use AI in innovative ways to enhance ways of working.

More than three quarters of surveyed creatives said their work’s complexity has increased over the past few years, yet more than two-thirds also report their creative possibilities have gone up.

"Creativity is human, and it is social. And, not to forget, creativity is based on vision, connection and empathy," describe the study's authors. "These are the factors that allow the creative to produce outstanding work: The capacity to give form to intuition-driven connection, combined with inspiration and creative vision is what sets human creativity apart. Not to forget a deeply ingrained willingness to disrupt and challenge the status quo."

This stage of AI is not quite here yet and current solutions are imperfect, the survey finds. 72% said computers and software are efficient tools for creativity, but 74% said they spend more than 50 percent of their time on dull, time-consuming tasks.