AI in the fight against wildfires 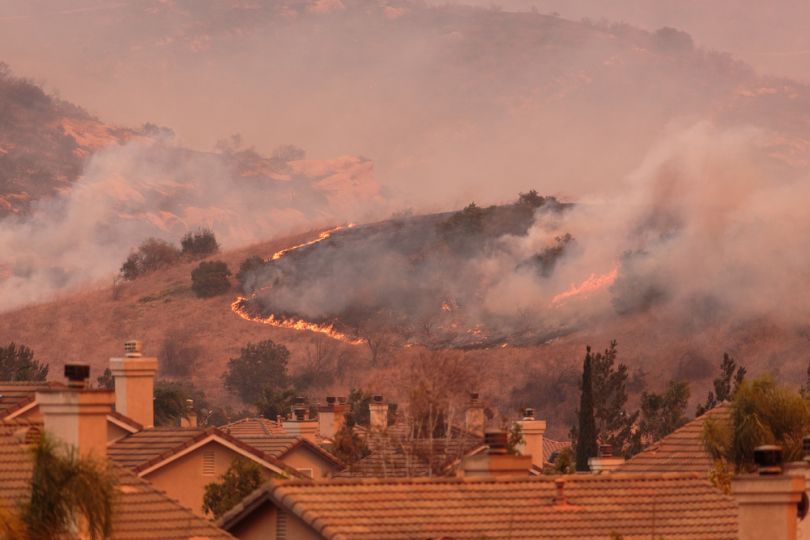 California’s spate of devastating wildfire seasons has left utility companies in the state searching for innovative ways to prevent electrical transmission stations and distribution power lines from igniting vegetation and causing the next wildfire. Their answer? Artificial intelligence, reports The Daily Beast.

Utilities’ service territories in California are a study in vastness: Southern California Edison’s wires span 50,000 square miles; Pacific Gas and Electric serves 70,000 square miles. Manually inspecting the immediate condition of electricity and surrounding vegetation in these areas, and then sending repair teams as needed, is inefficient and ineffective for fire prevention.

These companies are hoping that LiDAR—Light Detection and Ranging technology—will bring their efforts into the 21st century. In this context, LiDAR would emit laser-generated light pulses during an overhead flight to collect geographical data and integrate it with GPS data, resulting in highly detailed 3D topographical images.

AI models could enable utilities to measure clearance between wires and vegetation, spot pole fatigue or damage, and even identify sagging power lines.

Using LiDAR data, utilities can generate 3D models that demonstrate overhead power line infrastructure in relation to its terrain. The Daily Beast says these models enable the companies to measure clearance between wires and vegetation, spot pole fatigue or damage and even identify sagging power lines.

Long-distance drones can also use LiDAR to capture images on behalf of these companies that can later be used in machine learning to spot electrical equipment in need of servicing. These drones also have the advantage of being able to fly at low altitudes over power lines and therefore capture higher quality data than helicopters. Current FAA restrictions are a barrier to the rollout of this drone technology - only two utilities—San Diego Gas and Electric and Colorado’s XCEL Energy—have the necessary permits thus far.

This use case is just the beginning of artificial intelligence’s potential in the fight against wildfires. The Daily Beast contends that the data collected for utilities operations “can and should be combined with weather and fire histories to build advanced algorithms that can accurately identify anomalies that could predict fire ignition.” Trained with more data, artificial intelligence systems may become a powerful tool to halt wildfires in their tracks.