Startups can provide both career growth and personal fulfillment. 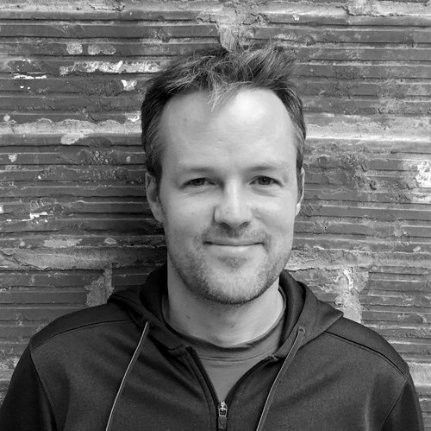 We are all driven by a desire to make a difference, to have an impact on something greater than ourselves. This pursuit of purpose in the workplace has become so important that, in a 2019 Glassdoor survey of 5,000 people in the U.S., U.K., France and Germany, 79 percent said they would consider a company’s mission and purpose before applying.

Still, according to Gallup, most people struggle to feel engaged in the work that they do often because they don’t see a clear connection between their role and the bigger picture. Having spent years as a part of a big tech company, I can relate to feeling like just another number.

For developers, one of the greatest aspects of living and working through this digital age is to not only see the impact technology has on daily life, but to play a role in creating that impact.

During my time as a software engineer at Microsoft, I experienced how exciting product development could be and what a small team of highly motivated and skilled people could accomplish. For me, though, it became hard to see whether or how my role was making a meaningful difference in the big picture. That was ultimately the catalyst that led me to leave big tech for a startup.

Many software engineers can relate to this drive for purpose and, being in a high-demand profession, have a lot of career paths to choose from. Big tech and large corporations have their place in helping fuel career growth, but working in startups with a clear mission can provide similar career growth without sacrificing personal fulfillment.

Based on my contrasting experiences of working in big tech and now leading a startup, there are several reasons why engineers should consider jumping into the startup world.

4 Reasons to Consider Joining a Startup

There’s a myth that tech is an omnipresent being firing on all cylinders in every industry. What I’ve realized since co-founding a startup in the grocery industry is that, even today, it’s quite the opposite.

Countless industries, businesses and processes have yet to fully undergo meaningful digital transformation. This leaves a huge opportunity for engineers to innovate, build tools, transform workflows and implement automation in industries where tech has never been a priority, such as in grocery, manufacturing and service industries.

This opportunity also exists in industries with tech penetration because technology advances so quickly and the state-of-the-art status is always changing.

Joining a startup and entering an untapped market is an investment in changing how companies run their business. A business trying to rapidly grow relies heavily on its mission to motivate its employees and their purpose. To say you’re disrupting an industry may feel overplayed, but when tech you’ve created grows profits or changes behaviors in a way that improves business outcomes or people’s lives, that’s disruption.

Engineers can find the best of both worlds in a startup that has some credibility and proven success under its belt. This provides ample opportunity to grow while understanding there’s a demand and a clear direction of where to go in the future.

The Chance to Broaden Your Skill Set

As the job market in tech continues to heat up across the country, longtime hubs like San Francisco and Seattle are dealing with the familiar push and pull of candidates deciding between major tech companies as well as burgeoning, scrappy startups.

It’s worth noting that, in most cases, engineers at a large company will serve in a clearly defined role with a tight focus on one project or product. At a startup, this tunnel vision is out the window. Startups, by nature, require cross-functional collaboration among multiple teams, including engineering. Not only do you get to see the bigger picture at a startup, but you are expected to take an active role in three key areas: strategy development, decision-making and creation.

This provides tremendous opportunity for engineers to find inspiration and develop a broader skill set outside of the typical responsibilities of large companies. The amount of energy and buzz at a startup presents a rare opportunity to use skills to build something from nothing and to deliver value to the company’s mission, which is highly motivating.

Work at a Fast Pace

Beyond coding, great developers and software engineers know how to solve problems that span across entire systems and designs — and do so quickly, often under pressure, and with lean teams.

At startups, issues demand immediate attention, and engineers have a chance to move at a pace that’s often not scalable at a large organization due to larger teams and lengthy approval cycles. The work can be fast and furious, but the reward is seeing a project fully from start to finish. This dynamic also offers more skill development opportunities that can be difficult to come by even after years at a large tech company.

When Shelf Engine was first starting out, I was energized by the prospect of quickly solving a problem today to improve upon tomorrow’s goal. I found great motivation in a tighter feedback loop from a small team, and a more straightforward path to adapt and solve new problems.

Everyone likes to point out the rapid pace and intense scale at which startups run, which can seem daunting. The good news is that, more often than not, this fast pace often breeds camaraderie early on.

As CTO and while recruiting, I always look for candidates with a strong technical background, and with the added layer of onboarding new employees while remote, I make sure that candidates are motivated and passionate about our company’s mission. These shared interests lend themselves to employees forging strong bonds — not only around the work we do, but why we do it.

And because teams are usually small and focus on cohesion, you have the chance to influence your team’s culture.

It’s also worth watching out for the leadership styles that could help you grow and learn in your career. Leaders who not only understand the technical challenge you’re facing and the objectives you’re trying to achieve, but also encourage collaboration and camaraderie among team members, are the ones who will help you grow professionally and personally.

Working in technology can make it difficult to draw a clear map of your career. Challenges and opportunities shift swiftly and often. When choosing what company or role may be the right fit, it’s always worth asking, where’s the growth and the opportunity? What will make you not only an expert at your craft, but a more well-rounded person? You may find that the values you hold and the challenges you’re motivated to solve mirror the missions and purposes of lesser-known startups looking to hire great engineers.