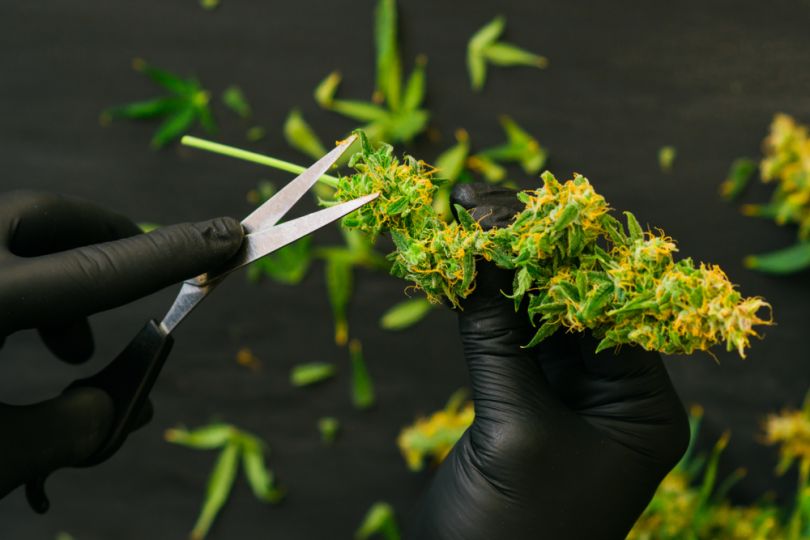 The word “trimmigrant” is slang for the seasonal workers who trim weed in places such as Northern California’s Emerald Triangle. You might snicker at the name, but the pay is quite serious at $200 an hour. Weedmaps News reports that the days of cushy pay may be coming to an end due to dropping prices for weed and the rise of automation.

Bloom Automation’s robotic trimmers use automation and image data to recognize distinct parts of the plants and separate them at speeds that humans can’t match, the outlet explains.

“Essentially, you're loading conveyor belts with the branches which enter a cell where the robot, or robot arm, is contained, along with cameras that image the branches,” Bloom Automation CEO and founder Jon Gowa told Weedmaps News. “The computer then analyzes the data and guides the robot to a specific location; on the next plant it gives a whole different set of actions because it's looking at a different plant and the sensors are making new decisions.”

The technology currently has an impressive 95 percent segmentation accuracy rate, while the actual removal of the leaves is at 85 percent. “The robot is extremely sensitive to the flower location. It kind of comes up and kisses the plant, then pulls the sugar leaves into a vacuum cutter. The idea is that it really won't bruise the flower at any point, otherwise we call the trim a failure,” Gowa explained to the outlet.

Gowa predicts that the robots will work alongside humans, betting on a future more collaborative than zero-sum. Gilbert Lopez, the chief cultivating officer for Vertical's grow facility in Needles, California, agrees the technology can have a positive impact.

“Some trimmers call it 'trim jail' because it takes so long and is sometimes really boring, so if robot trimmers can get the work done faster and do the stuff that's tedious, that's really interesting,” he told Weedmaps News. “I could see putting it to work and then having somebody go over the trim a second time for a more premium look. I don't see it as an us-or-them situation.”

Meanwhile, trimmers fear that the culture of their livelihood is at stake.

“Machines can never replace the human hand and it's sad that the trimmer has become so undervalued,” former trimmer and current grower Jessie Jones told Weedmaps News. “Human trimmers have always been the spirit of harvest, but with the competition of big business and a flooded market, growers feel the pressure to pay less money in order to keep their livelihood afloat.”