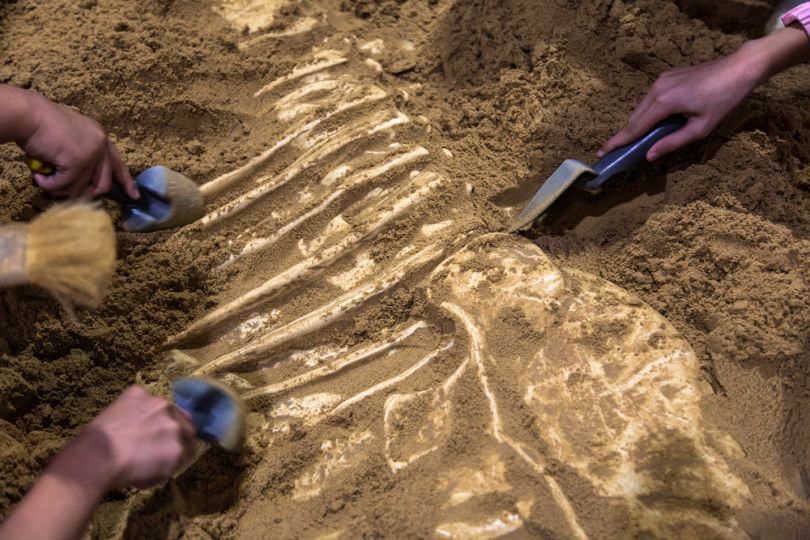 Scientists exploring how the earliest land animals moved are turning to robotics in hopes of finding insights, according to an AP report.

Evolutionary biologist John Nyakatura at Humboldt University in Berlin had long been familiar with this ancient, massive fossil, discovered in central Germany’s Bromacker quarry nearly two decades ago. The four-legged, 3-foot long herbivore predated dinosaurs, making it a point of fascination to scientists “because of its position on the tree of life,” said Nyakatura to the AP.

As a “stem amniote,” this animal would be an early ancestor to modern mammals, birds and reptiles, emerging around 310 million years ago, about 40 million years after the first amphibious animals lived on land.

Robotics expert Kamilo Melo at the Swiss Federal Institute of Technology in Lausanne partnered with Nyakatura to build the robot model, and their research was published recently in the journal Nature.

Constructed of motors and 3D-printed plastic and steel parts, the OroBOT was the ensuing robotic counterpart that allowed them to “test real-world dynamics, to account for gravity and friction,” Melo told the AP.

First, the scientists built an exact, life-size replica of the fossil and used a variety of motions to approximate its gait, checking against its footprints to determine what was anatomically possible. Constructed of motors and 3D-printed plastic and steel parts, the OroBOT was the ensuing robotic counterpart that allowed them to “test real-world dynamics, to account for gravity and friction,” Melo told the AP.

Andrew Farke, curator at the Raymond M. Alf Museum of Paleontology in Claremont, California, told the AP that the use of such technology is “giving us ever more compelling reconstructions of the past.” Farke was uninvolved in the study.

Insights from the robot model suggest that “the creature had more advanced locomotion than previously thought for such an early land animal,” according to the scientists.

“It walked with a fairly upright posture,” Melo said to the AP. “It didn’t drag its belly or tail.”