At Redgate Software, Sales Reps Succeed With Transferable Skills and a Learning Mindset

Software sales is a high wall to scale in an already crowded tech industry. Built In sat down with three sales reps at Redgate Software for their trials and tribulations getting there.
Written byAnderson Chen
Anderson Chen
Staff Writer at Built In
Anderson Chen is a Built In staff writer covering tech companies for Brand Studio.

In the early aughts, a four-year stretch of tech innovation changed the game for salespeople — and created a barrier that many needed to scale.

In 2004, the appearance of The Facebook heralded an era where data and tech would power the decades to come. In 2006, search engine company Google broke out its wallet for a billion-dollar video platform called YouTube. And in 2007, Apple founder Steve Jobs took to the stage in Cupertino and prophesized a pocket-sized digital future called the iPhone.

In the years since these foundational tech milestones, society has undergone a tech-induced metamorphosis. As disruptive startups paint over legacy industries with software and services fulfilling every niche, traditionally analog companies have turned toward digitalization as a future-proof transition.

This trickle down effect held sweeping ramifications for career paths, most notably with salespeople looking to break into the more lucrative field of technology.

But in a saturated labor market for sales representatives, success in the industry means scaling a high barrier of entry — particularly for those who don’t have a technical background.

Enter Redgate Software, a purveyor of database DevOps solutions based in the UK. With its culture of supportive collaboration and continuous learning, the company ensures that sales reps without a tech background can thrive in a competitive field. At the UK-based firm, transferable skills and a propensity for knowledge sharing define the sales rep role, which enables the company to take a chance on an applicant pool with diverse backgrounds.

One such team member is Manny Doporto, whose meandering professional journey consisted of working his way through Pep Boys, going back to school for his associate degree and embracing a brief stint as a warehouse operations manager — as well as being laid off twice. 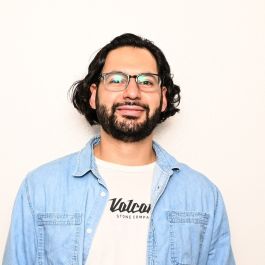 “Apply yourself, no matter what kind of background you’ve been in, find the right fit and keep trying to get a foot in the door,” Doporto advised. “Once you do that, the sky’s the limit.”

Though Doporto applied to more than 60 different companies, he eventually landed a job at Redgate through this selective philosophy, along with his previous experience in business management. “It’s not something I learned through school. I learned the hard way, by doing.”

Fellow sales rep Khanh Tran took a different path. While entrepreneurship was his passion from a young age — flipping used cars, selling products on Ebay and getting a business degree in college — his exposure to tech was through a desire to gain professional knowledge in running a business. 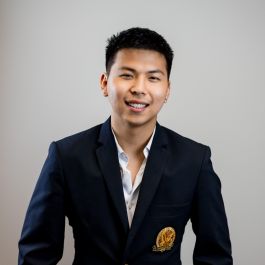 “I found that sales, especially tech sales, is closely related to being an entrepreneur,” Tran noted. “A lot of skills can be transferable.” With Redgate, Tran relished a challenge carving a non-technical niche for himself in a highly technical environment. As a recent college graduate, Tran sees his experience as a learning one, where hard skills will empower him to eventually strike out on his own.

Rather than the tangential approach like her two colleagues, Sales Rep Sarah Palmisano made a more active investment in her pivot to tech. Her early career involved costume and styling in the entertainment industry and transitioning to a few different roles before getting laid off.

Like Doporto, Palmisano decided she needed a more stable path, so she went back to school for a computer science degree. But the saturated field proved to be more difficult than she’d anticipated. No company was giving her the time of day, despite her background.

“While I was about to have a kid, I applied to 112 different businesses over the course of about 50 days,” she recalled. “Redgate wasn’t even on my radar, but they reached out to me.” She attributes her success as a sales rep — and breaking into this cutthroat market — to her versatile communication skills gleaned from past roles. 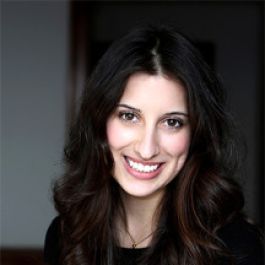 “You have to be able to speak with any kind of personality, even if they say no,” Palmisano said. “And be ready to bounce off that and be a little flexible.”

Three different winding paths all converged in the sales department at Redgate Software. What ties their success together, despite varying backgrounds and expertise, is the team’s commitment to adapting the person to the role.

With a robust education program and a collaborative mindset as the equalizer among veterans and newcomers alike, the company’s sales reps have not only found success closing deals, but have also worked their way up to higher positions.

For a closer look at what each of their experiences have been like as newly-inducted members of the global tech community, Built In sat down with Doporto, Tran and Palmisano for stories of success in breaking into a coveted field with unconventional career pasts.

How does Redgate uniquely support its sales department?

Doporto: One thing I’ve noticed, not just from my manager, but also the territory account executives and higher ups, is that it doesn’t matter what position you’re in — people are always willing to jump on calls to give you a supporting hand when you’re talking to a customer. Whether it’s a high-value deal where they were able to find an engineer and propose a demo to the customer, or a manager stepping in for one of the sales reps and giving them a handle on the customer, there’s so much cross team collaboration here.

Tran: One of our core values is “don’t be an asshole.” We establish that value, even from the higher ups. They’re always willing to give advice and input, as well as promote growth. There has been a ton of training this year, especially this last quarter, and it continues to make salespeople better.

Tran: The first day definitely makes you feel like a star when you send a message to everybody, and you get these replies back along with a shout out. It feels amazing, like they want you here, and makes you want to do your best to make sure that you don’t disappoint anybody.

Palmisano: Redgate gives us the building blocks to get started. It gives us tremendous opportunities to continue learning, growing and succeeding. They want us to succeed, because we’re a team and we have team goals to meet every quarter, but it’s also being able to help each other. We also have a lot of transparency in our company, and I think that shows, especially with our clients.

There have been a variety of people from this company who have left and come back multiple times, including our sales director, James King. He’s been back three times and is still here, so that’s a testament to the kind of culture that they instill in us.

Leveling Up at Redgate

Redgate’s annual conference, Level Up, made a huge impact on both Palmisano and Tran. Structured like a mini TED Talk conference, the event allowed colleagues of different teams and positions to form professional connections. “It just seemed like everyone was on the same level,” Palmisano said. At its core, it represented Redgate’s priority on cross-collaboration, where no person is too important to request help from. Tran even got to present to the team about his experiences as a recent graduate. “To have that open platform two months in, I knew I knew that people here take my opinions and thoughts into consideration.”

As sales reps that recently broke into this industry, what were the challenges and pain points you’ve faced in your role?

Doporto: The technical side of what we sell has been a huge challenge. We’re speaking to DBAs, full stack developers and C-level executives. We are the salespeople, but these people are the ones using our tools, and so Redgate provides us with all the resources that we need to learn about the tech. It’s ultimately on us to go out and grow as an individual within the company. Being relatively new, there’s so much more to learn. But it’s nice to have those moments where you know and remember what someone in the industry is talking about; it’s a reassurance that you’re still learning.

Doporto: It was funny because on my very first day, my manager, Cathy, couldn’t be here. I hadn’t met the team yet, so I didn’t know who to ask for help. But then I realized Cathy did a great job over the weekend before I came in, setting me up for that Monday. The next day, I met her officially along with the team. It was the warmest welcome I’ve ever had joining a company.

Tran: You really have to understand your product in order to do sales. That means asking the right question, being able to be curious and dive deeper into a customer’s needs or the challenges that they are facing and guiding the conversation into a point where you can actually make the sale. It’s always something that you can always improve on — there are always so many different strategies that you can learn from.

“It’s nice to have those moments where you know and remember what someone in the industry is talking about; it’s a reassurance that you’re still learning.”

Palmisano: I have a little bit more of a tech background, but it’s not necessarily database specific. So there are still a lot of terms that I know nothing about or require repetitive asking. Speaking with the DBAs who have been doing it for countless years, I think that can definitely be challenging. But for me, I have a very minimal sales background, and I’m very laid back when it comes to following leads. I may not have the typical salesperson type of personality, but overall it’s been working for me. I haven’t felt the need to change anything too much, but going forward that may change.

What does success in sales mean for you at Redgate?

Palmisano: For me, being autonomous has been something that I’ve really come to excel in for this role.

Palmisano: Onboarding at Redgate is unlike anything I’ve ever experienced at any other company — I felt immediately at home. I just had a baby five weeks before I started, and I was trying to juggle a crying baby, lack of sleep and attending meetings. The first week was tough in those circumstances, but being around people at the company made it a very positive experience and I didn’t feel overwhelmed as a result.

Tran: How much value you can provide for customers, and hearing that feedback from them, is great for reassurance and also provides a way for you to reflect on yourself and improve.

Doporto: It’s not a conventional answer, but success comes from waking up every day and enjoying my job. It can be stressful, but each morning, I want to get to the computer, get to work and start talking to people. I like this job and I want to continue to do it. I want to continue to grow from within and see what I can possibly become for this company in the future.