Tech Professionals Can Work From Anywhere. Built In Is Powering the Revolution.

In today’s tight talent market, Built In is developing the next generation of tech employees, and helping companies find and hire them.
Written byAdrienne Teeley

Tech has always led the future of work, but the last two years have accelerated the speed at which the industry has changed. While many companies continue to lose employees to the Great Resignation and struggle to transition to a remote-first work environment, there’s one company that anticipated the need for a new way to find and develop top tech talent over a decade ago: Built In.

Since Built In launched in 2010, it’s made a name for itself, not through splashy proclamations or a noisy hype machine, but by diligently enriching tech communities in hot spots like Austin, Seattle, Boston and New York. Its grassroots efforts to connect talent with their dream jobs spread across the country, first slowly, then like wildfire. People really wanted to be involved in their industry. Built In provided a fresh way for them to do it.

There are certain cities that will always be synonymous with tech epicenters, but the rise of remote work has meant that there’s a need for a new kind of hub, one located anywhere there’s reliable internet. Built In was ready for the shift, rolling out its most ambitious site yet in 2021: A national platform that would form a larger, more connected tech community — this time, without geographical constraints.

“Launching our national site really opened up a lot more opportunities,” Carly Gundy, a software engineer, said. “It allows job seekers to look for jobs anywhere in the United States, which is especially important now that people are looking for remote work. It’s a big shift in terms of the scale of our platform and our site.”

What’s striking about going national, said Vice President of Engineering Ravi Budigelli, is that the team isn’t only connecting more techies with opportunities. They’re helping design what the future of the job-seeking experience should be.

“Because we’re a platform where people can find jobs that match with their values, we have insight into what tech talent is looking for,” Budigelli said.

Below, Budigelli, Gundy and Lead Site Reliability Engineer Sam Chen outline what it took for their team to scale Built In, how they’re on the hunt for the next great idea, and why they find meaning building a tool that’s poised to impact the newest iteration of the tech industry.

From nine distinct market sites to a national product is a major leap. What did it look like to scale Built In? 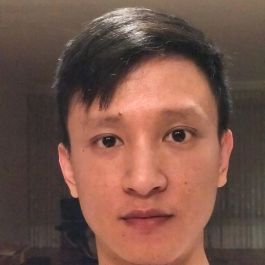 Sam Chen: Over the last 10 years, Built In was scaling by maybe one city per year, which looks more like a copy-and-paste job on a technical level than building brand new websites from scratch. Now, we have to scale to any number of markets, and we need to create algorithms to do that scaling for us. It’s a very different way of thinking. The engineering team had to pivot, which has been really satisfying because it’s a more interesting challenge to build an algorithm than duplicate a site. 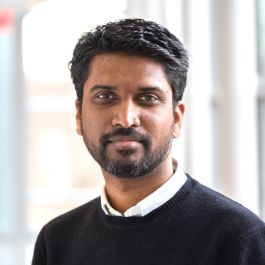 VP of Engineering Ravi Budigelli: We also had to solve challenges in regards to user experience. We still want our local market sites to thrive, so we had to decide how we redirect our users to different sites like Built In Chicago vs. Built In (our national site). We had to figure out how to seamlessly move users between sites without requiring them to log in, and just let them continue to work on whatever they were working on. We wanted to provide an experience where users didn’t need to worry about updating their profile on multiple sites, but still had all of their information show up correctly.

Data Engineer Carly Gundy: A big part of the launch was automating job imports. Previously, we had a few manual aspects of job postings, which wasn’t that big of a deal when we were operating on a much smaller scale. But when we went national, we had an exponential number of job postings for all of these new locations. We couldn’t have that manual step anymore, so a lot of our work was in automating the process of posting jobs and building out services that could automatically tag and publish jobs without someone intervening. 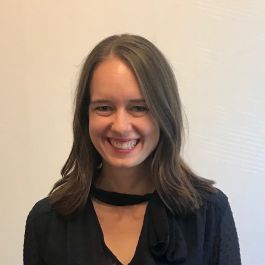 It’s been exciting because when you go from nine market sites to an infinite number, it's a whole new scale. It requires more than increasing resources like memory and databases; it means rethinking the whole system and how it can be built for scalability. It’s a really interesting time to be on the engineering team at Built In.

When you go from nine market sites to an infinite number, it’s a whole new scale. It means rethinking the whole system.”

For nearly a year, companies have announced and renounced their return-to-work plans, constantly shifting their messaging as Covid-19 numbers spiked and dipped. “We skipped that part,” Budigelli said. “We wanted to move forward with what we’ve learned instead of pretending nothing happened in the last two years, which devalues everything our engineers have done.” While Built In has always offered tech employees the ability to work remotely, in the last year, its team has leaned into working from wherever they choose — whether that’s at the sleek new office in downtown Chicago or from anywhere in the United States.
They're Hiring | View 8 JobsBuilt In is Hiring | View 8 Jobs

What do you find especially compelling about working on Built In’s tech team?

Gundy: A lot of times, this job feels kind of meta. There are times I have to check our site and ask questions like, if I were a software engineer looking for a job, what would I search for? It’s fun to work on a very tangible product. Everyone is familiar with looking for a new job. Because we’re able to empathize with users in that way, it’s easier to understand what they might want to see and how we might be able to make improvements that could help tech professionals look for jobs.

Budigelli: I am a user of our product. If I can’t navigate our site to, say, look for jobs or upskill, then we’re failing. Having that insight puts us in a very good spot to find the features that we are missing, or what we need to be building next. It’s like we’re users who have access to a prototype, but we can actually do something about the changes we’d like to see.

We’re users who have access to a prototype, but we can actually do something about the changes we’d like to see.”

Built With Inclusion In Mind

What opportunities are there for you to innovate in your role?

Chen: When I joined Built In a year ago, it was clear that the company was in a high-growth stage, but that we needed to scale. It’s become especially important that people come up with innovative new ideas to move the company forward. At a bigger company, engineers might be able to cruise on whatever they’d already built. But we knew that if we didn’t keep coming up with new ways of building and deploying new features, our company wouldn’t exist the way we want it to in the future.

Budigelli: People here are really empowered to innovate on their own. Engineers can take 20 percent of their time to work on projects that they want to work on, regardless of whether those projects are in line with quarterly goals. It’s an opportunity for someone on the team to figure out new areas we should be investing in and build a proof of concept to show to leadership and the rest of our teams.

Gundy: Our engineering culture is incredibly receptive to new ideas. I remember in my very first weeks, I proposed a way to restructure our databases and was told to just go for it. It was really exciting to be able to come in with an idea and have everyone be excited about it. This team is very open to people who come in with different perspectives and shake things up.

This team is very open to people who come in with different perspectives and shake things up.”

Work is fun, but balance is key

What kind of career growth have you seen during your time at Built In?

Gundy: Built In has been very supportive of our career development. When I expressed that I was interested in expanding more into software engineering, I was given the opportunity to join a team that was more focused on software engineering. In general, our team is lean enough that you get immersed in projects a lot quicker and you receive more responsibilities than you would at a larger company.

Chen: During our performance reviews, the question that made the biggest impression on me was, “Where do you see yourself next year, whether it’s at Built In or not?” I understand that every company wants to retain people, but it seems like that comes second here. The priority is getting people where they want to be — whether that’s finding them a place on a different team or in a role at a different company.

Carly is a great example because she changed teams to work on something she was passionate about. I’ve seen it happen first-hand with the site reliability engineering team, too. As an engineering manager, I would say that’s probably the biggest draw of our company. You don’t have to feel like you’re stuck on one team, or stuck doing work you don’t enjoy.

You don’t have to feel like you’re stuck on one team, or stuck doing work you don’t enjoy.”

I joined Built In to explore being a people manager versus being an experienced engineer. I’ve been able to contribute and learn as an engineer while taking on more responsibilities as a team lead and manager. Ravi and I have also talked about how to make it possible for me to continue growing as a team lead and manager, both through his support as the VP of Engineering, and by making sure we have a good SRE team at Built In. As a people manager, my job is even more fulfilling because I have the opportunity to impact my team members in their long-term careers and not just in their current positions.

Budigelli: Built In has big plans. We want people to bring their talents and passion and we’ll put them in the right place where they can shine and thrive, and help us grow.