The proposed amendment offers guidance to help companies bring their websites into compliance with the Americans With Disabilities Act. 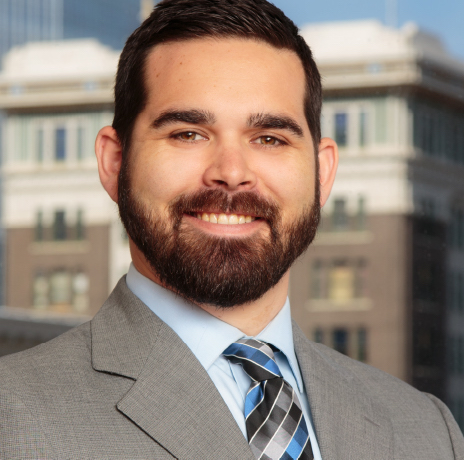 Since 2018, the number of U.S. businesses served with lawsuits claiming their website or mobile apps are inaccessible by people with disabilities — thereby rendering them in violation of the Americans With Disabilities Act (ADA) — has continued to increase. Many businesses are surprised to learn that they might be violating federal law and are unsure on how to shield themselves.

Companies have been given little in the way of guidance due to current ADA guidelines not defining “reasonable accommodations” in the context of digital accessibility. Instead of relying on the ADA, courts widely agree that the Web Content Accessibility Guidelines 2.0 (WCAG 2.0) are the gold standard.

Yet a 2019 study, conducted by WebAIM, a nonprofit that focuses specifically on guidelines and resources for online accessibility, revealed that a surprising 98 percent of the top million home pages, covering both large and small companies, failed to meet all the WCAG recommended requirements of website accessibility for people with disabilities.

Since COVID-19 lockdowns have forced consumers to become ever more reliant on the internet for goods and information, courts have experienced a largely expected increase in online accessibility lawsuits.

In response, a bill to amend the ADA was introduced in the U.S. House of Representatives in early October. Known as the “Online Accessibility Act,” the amendment is an attempt to offer greater digital inclusion in the ADA by providing official guidelines for web accessibility and affording the Department of Justice (DOJ) broader administrative authority to investigate alleged violations.

If passed, the bill would amend the ADA to make compliance far easier for businesses by simultaneously restricting the types of technology to which the ADA applies and introducing mandatory notice periods to protect businesses from lawsuits.

The bill attempts to accomplish this goal by implementing the following changes. First, it sets the federal standard for online accessibility as the WCAG 2.0. Though the WCAG 2.0 was replaced more than two years ago with the publication of WCAG 2.1 (with WCAG 2.2 to be finalized next year), the proposed legislation gives site owners an option to use the old standard. This gives companies clear guidelines and would help them avoid potential fines from the DOJ when investigating claimed violations.

The bill would also limit ADA coverage to address only “consumer facing websites and mobile applications owned or operated by a private entity.” Currently, the ADA spans a wide range of technologies by virtue of its vagueness, including those provided to employees, government websites, virtual reality and more. By restricting the ADA to only “consumer facing” websites and apps operated by private businesses, the bill would act to limit a wide range of potential liabilities businesses currently face.

The bill also proposes establishing an administrative procedure before individuals may file private lawsuits. Specifically, it would limit the ability of an individual to bring an action against a business in civil court, “until all administrative remedies under this section have been exhausted.” Under the bill, a citizen would not be able to file a lawsuit until they first:

Only then could the individual commence a private action. Businesses would have an opportunity to either fix the issue, or work with the DOJ to rectify a violation before facing potential litigation.

This legislation comes at a crucial time, since larger companies, which are often more willing to fight such lawsuits, can hold out until the legislature can adopt similar regulations. Unfortunately, many more medium and small businesses facing these lawsuits may not be as fortunate. As COVID-19 has made us acutely aware, many businesses operate on tight margins — now made ever tighter by the financial pressures caused by the pandemic. If the legislature is unable to clarify the ADA requirements related to online accessibility in time, we can expect businesses around the country to continue fighting these lawsuits.

Though the bill was written to provide a different method of addressing accessibility issues, it would make it easier for businesses to remain in compliance with the ADA and would limit legal costs required to correct online accessibility deficiencies in the process.