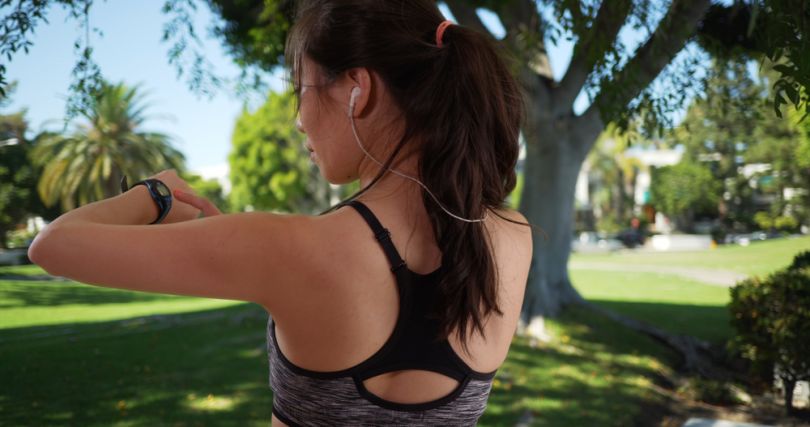 When seemingly healthy 39-year-old Eric Isakman’s fitness tracker showed a heart rate well above the normal resting rate, even after a reset, he opted to be cautious and went to the doctor. Hours later, he was in the ER undergoing treatment for an atrial fibrillation (AFib) episode triggered by a leaky heart valve, a potentially fatal condition if left untreated.

"I didn't feel a thing, that was the craziest part of this whole ordeal," he told CNET. "I thought it was a problem with my Fitbit."

CNET reports how heart rate trackers are transforming from a workout accessory to a medical device.

The outlet cites wearables such Apple’s newest Series 4 Watch, which will be able to take an electrocardiogram (EKG or ECG) that can diagnose conditions like AFib, and imminent similar offerings from competitors such as Fitbit and Garmin. This watch is the first direct-to-consumer device that can be worn on your wrist.

Wrist-worn trackers typically use a sensor called a photoplethysmogram (PPG) to measure a pulse. Dr. Mintu Turakhia, executive director of Stanford University's Center for Digital Health, explains to CNET that movement and tattoos can interfere with reliable reads for this method.

Shelten Yuen, vice president of research at Fitbit, tells CNET that hardware and software are equally important in measuring heart rate. "You don't have one without the other," he says.

The Apple Watch Series 4’s addition of FDA-approved EKG technology supplements the PPG sensor and provides additional data, which is stored in the Apple Health app and can be shared with doctors.

"It doesn't give you as much information as a full 12-lead EKG, but it's richer data than a simple pulse recording. Theoretically, beyond AFib, a trained physician can glean a substantial amount of info and make multiple diagnoses based on a single read."

"It doesn't give you as much information as a full 12-lead EKG, but it's richer data than a simple pulse recording," Dr. Gregory Marcus, a cardiologist and director of clinical research at UCSF, tells CNET. "Theoretically, beyond AFib, a trained physician can glean a substantial amount of info and make multiple diagnoses based on a single read."

As revealing as this information can be, Marcus cautions that context matters. "As physicians, we still take this kind of information with a grain of salt," he says.

"Ultimately the physician is the only one that can make an accurate diagnosis using the primary image from that EKG," Marcus adds. He also mentions that for some, even thinking about being tracked can be a source of stress and for those patients, he advises against wearables.

Turakhia cites the prevalence of undiagnosed heart conditions, including 700,000 such cases of AFib in the US and how wearables can help people identify a need for treatment. He sees the possibilities of having this information readily available as a new frontier in health.

"Is there benefit to having the diagnostic conveniently as part of your regular life?" he asks. "I think that's the central question that all of us are excited about."