Since the swine flu outbreak of 2009, we’ve come a long way. Genetically engineered viruses, DNA vaccines and mRNA vaccines could save us. 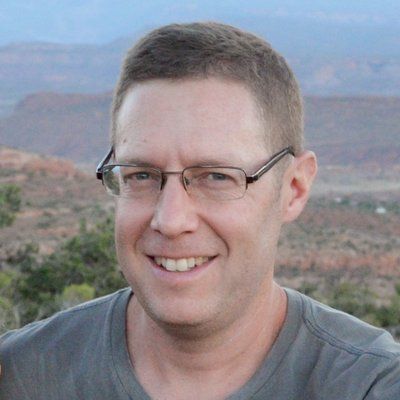 The one big thing that will ultimately help us escape the vise grip of the coronavirus pandemic is a vaccine. If we were rolling out tens of millions of doses of a safe and effective vaccine right now, we could all shelter in place knowing that rates of infection would surely fall and the restrictions we’re living under would soon be lifted.

Realistically, though, we aren’t likely to get a coronavirus vaccine before next year. Much of that delay has to do with how long it takes to test a vaccine in clinical trials and then manufacture it. Taking shortcuts and releasing an unsafe vaccine would do more harm than good: It would fail to stop the pandemic and injure tens of thousands or more in the process.

But when we’re lucky, we can develop vaccines quite quickly. During the last threat of a major pandemic in the early spring of 2009, several billion vaccine doses of H1N1 swine flu virus were available by the end of November. This vaccine was ready so rapidly because we already knew how to make flu vaccines. Clinical trials were fast, and manufacturers already had a good process in place. But could we be equally fast with other viruses, like Zika, Ebola and coronaviruses?

In the decade since 2009, advances in several crucial biotechnologies offer some cautious hope that we could. Ten years ago, new technologies for sequencing (“reading”) DNA were just coming online. And technologies for chemically synthesizing new DNA were still slow and expensive. In the decade since, both technologies have become fast and cheap — so fast and cheap that they no longer pose significant barriers to vaccine development. Hand in hand with these developments have come major advances in genetically engineered viruses. Researchers now routinely build and use harmless viruses in the lab to conduct basic medical research. All three technologies — DNA sequencing, DNA synthesis, and viral engineering — play a big role in the latest efforts to develop a coronavirus vaccine. But to understand that role, it’s important to first know how vaccines are traditionally developed.

The H1N1 flu vaccine, like virtually all successful vaccines in history, consisted of the virus itself, in a weakened form. Some of the proteins that make up the disabled virus are what train your immune system to recognize and destroy any incoming, infectious virus. Traditional methods for making vaccines are often very effective, but can be slow when we’re faced with a new type of virus. It takes time to figure out how to kill or weaken the virus in a way that makes it safe to administer while still preserving its ability to train the immune system. Manufacturing traditional vaccines can also be relatively slow, because viruses have to be cultured in a living system, such as chicken eggs. With H1N1, we were lucky because manufacturers already knew how to make flu vaccines. But for new viruses like Zika, Ebola and SARS-CoV-2, traditional methods aren’t very fast.

New technologies could help us make vaccines faster. These technologies are based on the idea that a vaccine doesn’t need to include the whole virus to train the immune system. Because the immune system typically targets viral proteins, a vaccine that simply delivers one or more of these proteins, rather than the entire virus itself, could be just as effective as a traditional vaccine, and easier to make. Thanks to cheap, fast DNA sequencing and synthesis, we can easily create any viral gene that we want and put it into a vaccine. Such synthetic viral genes are the basis of three new vaccine technologies: genetically engineered viruses, DNA vaccines and mRNA vaccines.

The idea behind these vaccines is that a safe, well-characterized virus can serve as an all-purpose delivery vehicle that carries genes from a pathogenic virus. Viruses like adenoviruses (engineered to not replicate in humans) or vesicular stomatitis virus (VSV, a livestock virus harmless to humans) can be easily manipulated in the lab. Researchers have modified these viruses so that they can quickly be engineered to carry chemically synthesized genes.

In principle, vaccine development using genetically engineered viruses is straightforward: First, use DNA sequencing to rapidly identify all the genes in any newly identified infectious virus. Over the past 10 years, so-called high throughput DNA sequencing has become a thousand times cheaper — so cheap that it now costs very little to sequence all the genes in a new virus. Second, use DNA synthesis to chemically make one or more of those viral genes, which are engineered into the harmless delivery virus. A synthetic gene costs a few hundred dollars and can be delivered in less than a week. Once you build that gene into the delivery virus, it costs almost nothing to make as many copies of it as you’d like. Third, manufacture large quantities of the genetically engineered virus, using methods that have already been established for the viral delivery vehicle.

In practice, things aren’t quite so simple. It is still challenging to figure out which genes provoke the best immune response, and should therefore be built into the carrier virus. The immune-stimulating ability of each viral gene still has to be tested one by one in mice — though new immunoinformatics computer methods, which try to predict the most immunogenic viral proteins, might help take some of the trial and error out of this process. And because these new kinds of viral vaccines haven’t been used widely, their safety still needs to be tested more extensively. However, some of the first vaccines brought to clinical trials for Zika and Ebola were based on genetically engineered viruses, and coronavirus vaccines based on adenovirus and VSV are under development.

These vaccines dispense with the virus altogether. They consist of small circular pieces of DNA called plasmids, which carry genes for one or more viral proteins. The idea is that, after injection, the plasmids are taken up by your cells, where the viral genes direct the synthesis of viral proteins. Those proteins then stimulate an immune response.

Once you’ve identified which viral genes to deliver (usually by testing which ones provoke an immune response in mice), DNA vaccines are extremely simple to make — most biology undergraduates learn to work with plasmids in the lab. Gobs of plasmids are easily produced by growing low-cost, bacterial cultures. As creepy as that sounds, producing DNA vaccines with bacteria is very fast and potentially safer than methods based on culturing viruses, since viral cultures involve working with infectious material.

The main disadvantage of DNA vaccines is that they don’t yet have much of a track record. A 2018 phase I clinical trial of a Zika virus DNA vaccine found promising results: The vaccine seemed safe, and it produced an immune response in all 14 recipients. But how effective that immune response is, and how long it lasts are still open questions.

Of all the newer vaccine technologies, messenger RNA (mRNA) vaccines have the sleekest, most stripped-down design. They eliminate both the virus and the DNA genes used in other vaccines. Instead, they consist of mRNA, the molecule that serves as a direct template to produce a viral protein. Unlike all other technologies, mRNA vaccines don’t rely on any kind of lab culturing at all — they can be completely synthesized by chemical methods. This makes them potentially faster, safer and cheaper than other types of vaccines. Another advantage is that, unlike DNA vaccines, mRNA is easier to package into a delivery vehicle. This packaging, typically chemical structures called lipid nanoparticles, boosts the uptake of the vaccine. In response to a new pandemic virus, mRNA vaccines could almost certainly be designed and produced more quickly than any competitors.

Unfortunately, there are as yet no working mRNA vaccines. Virtually all of the data we have on the efficacy of these vaccines comes from animal studies. A clinical trial of a mRNA rabies vaccine yielded mediocre results. Because the technology is still so new, there is likely a long road ahead before we see a safe, effective mRNA vaccine brought to bear on a pandemic outbreak.

However, we could get lucky. The first clinical trial of a vaccine against SARS-CoV-2, now underway, involves an mRNA vaccine made by the biotech startup Moderna Therapeutics. Other companies are also gearing up to begin clinical trials for coronavirus mRNA vaccines. (Among them is CureVac, the German company that was allegedly pressured by the Trump administration to move its work to the United States.)

If any of these new vaccine technologies prove successful, they would transform our ability to respond to pandemics. All of them are, in principle, easier than traditional vaccines to design, test and manufacture when we’re facing a previously unseen virus. The biggest challenge, however, is not the technology — it’s the biology. Our immune systems are complex, and viruses find wily new ways to evade our defenses. While fields like immunoinformatics might speed up the process, it will always take some trial and error to pick out the most effective viral genes to build into these newer vaccines. And we always need to take the time to ensure vaccines are safe before we deploy them. In the end though, vaccines have been one our most effective defenses against infectious diseases for over three centuries, and they will certainly be crucial in our fight to end the current pandemic.