The Da Vinci surgical robot comes with advantages and risks 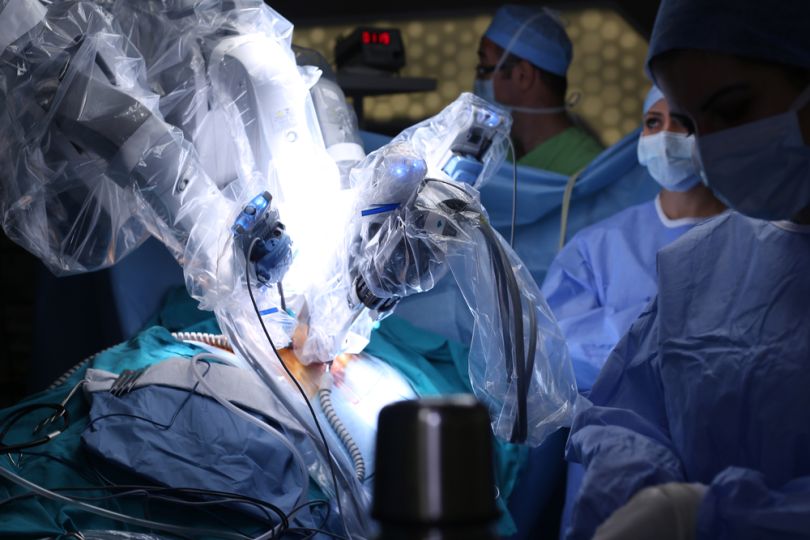 The da Vinci surgical system from Intuitive Surgical is the first of its kind on the market. The robot has been heralded as a breakthrough for minimally invasive surgeries and used in over 3 million procedures so far. But, NBCNews.com reports, serious risks remain for patients.

Laurie Featherstone of Altoona, Iowa tells the outlet how she was encouraged to have her surgeon use the da Vinci for a hysterectomy and that her doctor touted advantages such as "less downtime, less scarring, and less than a 3 percent complication rate."

After electing for a robot-involved procedure, Featherstone later experienced complications from her surgery including excess fluid in her kidneys, a burned ureter, colon damage and the need for a permanent colostomy. "Less downtime for me turned into we are three years later and still dealing with it," Featherstone said to NBCNews.com.

The da Vinci has been on the market since 2000 and now nearly 3,000 da Vincis are in use in the U.S. Proponents of the $1.4 million device praise its “multiple advantages, including a monitor that lets surgeons see better inside patients, a steady robotic arm allowing for more precision, and a record of faster recoveries for patients”.

NBCNews.com’s analysis of adverse event reports filed in the U.S. Food and Drug Administration MAUDE database over the past 10 years discovered that more than 20,000 adverse events, including injuries, deaths and device malfunctions, related to the da Vinci were filed with the FDA. The outlet added that the number of da Vinci surgeries performed in the U.S. climbed to nearly 700,000 procedures in 2017, up 15 percent from 2013.

Dr. Robert Poston, chief of cardiothoracic surgery at SUNY Downstate Medical Center and an avid user of the robot, raves about the da Vinci to NBCNews.com.

"I notice my ability to be precise is better even than with my own hands," he said.

He cites the use of the da Vinci with too little training as a major issue, saying he did his first surgery with the device after only two hours of training.

Intuitive Surgical responded to NBCNews.com’s questions, telling the outlet, "At Intuitive, our mission is to help surgeons safely and effectively improve patient outcomes and decrease surgical variability. Our training, systems and technologies reflect, and are informed by, our commitment to patient safety, so we offer a comprehensive, intensive training program on our technology that depends on the surgeon's capabilities — and we also strongly recommend they continue training throughout their careers. As with any medical device manufacturer, we are only permitted to train on our technology — we cannot, by law, train on clinical practice or the clinical application of our technology.

Read MoreHealthcare Technology: What It Is + How It’s Used