Work Busy: How to Not Miss Important Work While Scaling Your Startup

Busy doesn’t always mean productive. Here’s how to fix that. 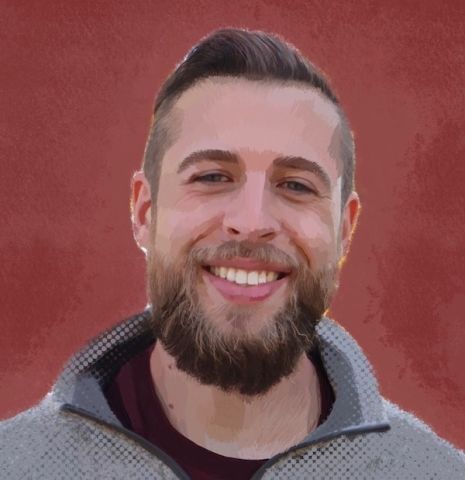 The life of a founder is one of constantly being pulled in different directions. Putting out digital fires, answering questions, dealing with administrative and logistical tasks.

It can be difficult to sit down and finally knock out:

Consider this: Are you too busy for important work? Being busy doesn’t always equate with being productive.

Productivity requires time for “deep work,” a term coined by Cal Newport, which is used to describe focused, distraction-free work on high-value tasks.

As Newport puts it: “Deep work is my name for the activity in which you are focusing intently, for a long period of time, with zero distractions, on a cognitively demanding task. That means zero glances at an inbox, and zero glances at a phone.”

Founders, in particular, have a hard time achieving deep work. And for this very reason, it’s paramount for founders to build deep work into their schedules.

Here’s how you can get deep work done.

Based on responses to a tweet by SavvyCal founder Derrick Reimer, the majority of advice from founders who get deep work done weekly is to schedule it on your calendar.

And not just as a loosely held commitment, but as a specific block of time on a day. “It doesn’t happen ‘spontaneously,’” according to Manuel Frigerio, founder of SparkLoop and ReferralHero.

Some even go as far as to commit an entire day only to deep work.

Arvid Kahl, author of Zero to Sold, likes to dedicate a day to his deep work and then set expectations for those who might interrupt him. It’s easier said than done, but it can be an effective way to build it into your schedule every week.

Shift CEO Nadia Tatlow went so far as to make a company-wide initiative to implement “Deep Work Wednesday.” According to her, making such a commitment eliminates distractions for the day while helping to make meetings more focused the rest of the week.

Whether it’s an hour on Mondays, three hours on Fridays, or all of Wednesdays, put it on the calendar and treat it like an important appointment. It’s an appointment for yourself — one where you need to be fully present and committed to whatever creative endeavor you need to get to.

Some founders with kids like Michele Hanson, co-founder of Geocodio, and Baird Hall, co-founder of Wavve, have pointed out that it can be difficult to get deep work done with kids. Early mornings before they wake up and late nights after they go to bed can be the time to work on something for an hour or two undisturbed.

To avoid scheduling meetings during your deep work sessions, you can block those days or times off from ever getting booked. If you’re using a tool like SavvyCal to schedule meetings, you can set global presets that help you protect your time. Or, you can use a tool like Calendly, which offers per-link presets.

Our brains aren’t computers. Computers can switch between tasks and plow through loads of unrelated items relentlessly. Brains cannot — but this is what allows us to do creative work.

While computers can execute one task after another with no care for the context, our brains need time to get into the flow on a particular project.

Context switching, or switching rapidly between unrelated activities, has an incredible cost on your productivity. Anytime your phone dings or you check your inbox, you’re switching your context.

The duration of the switch doesn’t matter, either. Whether it’s one minute or 10 minutes, every switch has the same impact on your performance. It’s called attention residue.

If you’re going to do deep work — really do deep work — write that article. Design that UI component. Resist the temptation to switch to something else in the middle of it and just devote yourself to see it through.

Newport recommends that you “schedule every minute of your day.” Divide your work day into blocks and assign activities to each one. Keeping context costs in mind, this method also forces you to be thoughtful about batching similar tasks so you make the most of each block of time.

Even with a scheduled deep work time, distractions are still going to find a way to you. The phone buzzes. Someone calls your name. There’s a weird sound outside.

The smallest things can interrupt your flow and distract you just enough to make a difference — that’s where noise-canceling headphones and a bangin’ playlist come in.

If you don’t already have a go-to playlist that kicks your mind into gear, try out Brain.fm or Julian Shapiro’s Writing Flow playlist on Spotify.

Apps like Centered allow you to input tasks and then play music for each one of those tasks to help you blaze through the list.

Turning on do not disturb — or if you’re really brave, airplane mode — for your phone and computer also works wonders.

Just because a window of time is available doesn’t mean that you want meetings to be scattered all across it.

What starts out as just four 30-minute meetings can actually consume more time if they’re spread out due to switching costs and attention residue. Stacking meetings can unlock hours in the day that you didn’t have before.

Again, scheduling tools can help you with that. SavvyCal, for instance, also allows you to rank availability presets to encourage recipients to book your preferred times to meet.

Read This NextVenture Capital vs. Equity Crowdfunding: Which Is Better for Your Business?

Figure Out What Not to Work On

The Eisenhower Matrix, which helps prioritize tasks, is an incredibly useful framework for planning out what to work on. But it’s real value is for figuring out what not to work on. Tasks, for example, can fall into four distinct quadrants: do it, schedule it, delegate it, and delete it. (Here’s an example from Todoist.)

“Shallow work,” what Cal Newport defines as “non-cognitively demanding, logistical-style tasks, often performed while distracted,” should always be delegated or deleted from the task list.

Just because you can do something doesn’t necessarily mean that you should do something. This is a common trap that founders fall into. Shallow work is always necessary, but if you allow it to take over your time, then there’s none left for deep work.

As strange as it sounds, a founder’s job is to work themselves out of a job by giving it to someone else.

There will always be a certain amount of logistical and administrative work only you can complete. But if someone else can do it, let them. Challenge yourself to only work on what only you can do.

Real Productivity Only Happens It You Make It Happen

If you’re not careful, busy work can take over your entire week. And you can feel productive by filling your time with work that doesn’t actually amount to much.

To make progress, move your business forward, and grow, you need deep work.

If there’s one thing to takeaway, it’s this: To be truly exceptional at the work you do and get it into the world, you need to be able to devote enough time and focus to making it happen.