How to Build a Foundation for Strong IP Protections 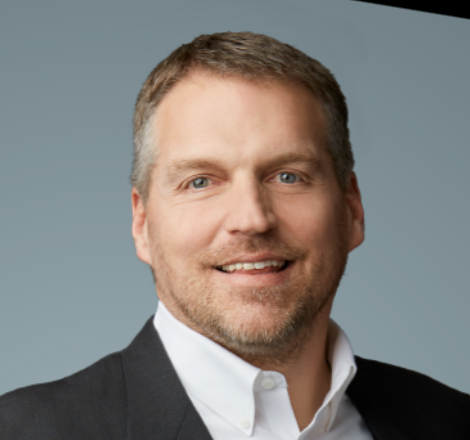 Innovative ideas or inventions are often considered the crown jewels of technology companies. Carefully considered and implemented record-keeping practices are the starting point for protecting this valuable intellectual property. Whether an annual report, a 3D computer-aided design file, or a quick email, it’s essential to generate documents (or files) with due care and thought.

Below are best practices when it comes to ways your company can simplify the protection of its intellectual property.

Most companies hope to avoid litigation. Still, the effective protection of intellectual property sometimes requires enforcement of patent rights through court proceedings. Indeed, for each of the years 2018 and 2019, plaintiffs filed well over 3,000 patent infringement cases in the U.S. district courts. In short: Any company involved in developing or using technology has a chance of winding up in court.

Most companies that become involved in patent litigation are stunned by the intrusive nature of “discovery” — the process of exchanging documents, taking depositions, and providing written responses preemptively and in response to inquiries from the other side. An opponent in a lawsuit is likely to see your company’s documents that are relevant to the case, whether they are helpful or harmful to your cause. Companies and their employees should therefore understand that any documents or files they possess could serve as Exhibit A in a lawsuit someday.

In patent lawsuits, which are exclusively tried in federal courts, the Federal Rules of Civil Procedure state that, “[u]nless otherwise limited by court order, the scope of discovery is as follows: Parties may obtain discovery regarding any nonprivileged matter that is relevant to any party’s claim or defense and proportional to the needs of the case.”

Given the breadth of this provision, the following represent just some of what you would generally be required to produce upon request by your opponent in a lawsuit:

So what should companies keep in mind when it comes to written communication? Training and policies should ensure that employees are mindful of what they include in documents and other files, whether in the form of formal letters, slide presentations, marginal notes in lab notebooks, emails, blog posts, or other types of documents or communications.

For example, many of us often view the written word as a simple replacement for the spoken word. Informalities that are the hallmark of oral conversations, including the occasional glaring lack of context, often find their way into written records. If your company wishes to foster and protect an invention, then it must develop policies and create a culture in which all employees are mindful of what and how they write.

Employees involved in technology development should also have a basic understanding of terms that have special meaning in patent laws to avoid using words that are out of context and potentially harmful. For example, the term “obvious” has both a commonplace meaning, but also a legal meaning that can undermine patentability. The patent statute defines it as follows: “If the differences between the claimed invention and the prior art are such that the claimed invention as a whole would have been obvious before the effective filing date of the claimed invention.”

More problematic than the use of commonplace terms is the flippant use of derogatory or seemingly humorous phrases that, if seen by your competitor, a judge, or a jury, would paint your company in a negative light and potentially put your company at a disadvantage. A particularly memorable example from a patent trial I attended illustrates this point. At the trial, the plaintiff’s most persuasive piece of evidence was an internal communication from the defendant’s sales director to his sales team in which he referred to his own company’s accused product as the “[Plaintiff’s] knockoff.”

Unsurprisingly, the jury reached a swift verdict in that case. Every attorney has seen numerous examples of similarly unfortunate statements that somehow found their way into a written record. As part of his or her training process, every employee should come to understand that every communication — in any medium — might one day be seen by an opponent, a judge, and/or a jury.

Relatedly, even before litigation begins, parties are obligated to preserve relevant documents once litigation seems likely. In one rather famous case, Zubulake v. UBS Warburg LLC, the court determined that the defendant had willfully deleted emails that it had a duty to preserve — such destruction of evidence is called spoliation. As a discovery sanction, the court instructed the jury that it should draw an adverse inference from the destruction (in other words, assume the destroyed evidence was harmful to the defendant’s case) and further ordered the defendant to pay any costs associated with the absence of the destroyed documents (for instance, re-deposing witnesses and briefing the issue).

So again, your employees should always be mindful of the contents of their written communications. And beyond that, if litigation becomes reasonably imminent, it is critical for your company to preserve potentially relevant documents.

Related ReadingShould Your Startup Apply for a Patent?

Technology companies, including their employees involved in inventive work, should work closely with patent counsel so they can spot innovations that are potentially patentable. Frequently companies implement monetary incentive programs for work that in some way leads to issued patents.

To this end, companies usually appoint a person or committee to choose the inventions for which the company will seek patent protection. The point person or committee charged with determining whether to seek a patent requires enough detail about the invention in order to make an informed decision about its value and the likelihood of it being worthy of a patent.

By the same token, a patent attorney also requires certain types of information to draft a patent application. Standard invention disclosure forms provide such information — information that remains useful even in instances where a company chooses not to seek patent protection.

Frequently, progress pertaining to research and development is recorded in laboratory notebooks, engineering notebooks, white papers, slide presentations, or in more ad hoc ways, depending on the nature of the work. Regardless of the initial documentation, to provide a patent attorney with information necessary to prepare and file a patent application, an invention disclosure must include, at a minimum, the following:

Companies should work closely with their intellectual property counsel to ensure that counsel is receiving all necessary information in the invention disclosure form. I have seen invention disclosures converted nearly verbatim into quality patent applications and ultimately patents.

I have also defended an accused infringer that would have benefited from such a standardized disclosure form even if they ultimately decided not to convert the invention disclosure into a patent application. In the latter example, the company had been using a product and method since long before the plaintiff’s invention date. Definitive proof of that prior use might have invalidated the plaintiff’s patent under the old version of the patent statute. Unfortunately, the records still available to my client relative to the use of its earlier product were not consolidated into a single, clear disclosure that would easily establish the product as legal prior art. (Prior art is generally an invention that predates your own invention, like publications, patents, or proof of prior sales.) Instead, we were left to cobble together several old lab notebooks and images like the pieces of a puzzle.

Although that case settled, clearer record-keeping in the form of a comprehensive invention disclosure would have been useful. A document would provide a viable non-infringement defense by demonstrating that the company was a prior user.

Taken together, building effective policies, procedures, and documentation practices do not only help inoculate a company from future trouble. They also create very tangible value that will positively impact the future prospects of a business.

Read This NextLawyer Up: In Priced Rounds, Don’t Skimp on Your Legal Plan