Why Startups Should Tap Into the Government Market for Funding

For startups that are typically reluctant to work with the government, there are plenty of reasons to seek federal grants and contracts. 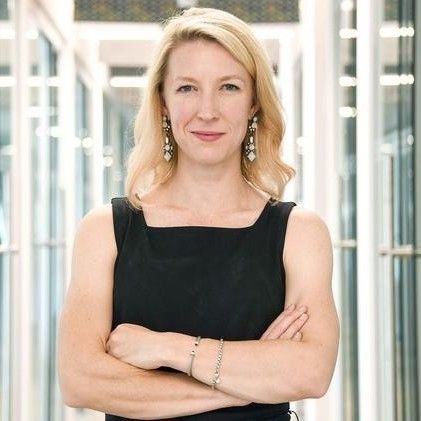 In many respects, startups embody the American way. If you’re not building something bold with funding in short supply and a little uncertainty over its addressable market, you’re probably doing something wrong.

World-class talent and an unmatched support infrastructure have long been the bedrock of U.S. innovation. Even with limited IP, founders are able to attract investors and scale. But the economic fallout from the COVID-19 pandemic has caused capital investment and traditional startup revenue streams to dry up.

The outlook is particularly stark for enterprise-focused tech startups. A PwC report of U.S. CFOs last year found that half expected to cancel or defer less-critical projects in 2020. Startups that are short on runway are already feeling those measures.

Beyond bottom lines, the pandemic has also impacted the intangible. Serendipity has played a part in many of the biggest startup success stories of the 21st century. Chance meetings, inspiring conversations and pivotal moments are all more difficult to come by under lockdown conditions.

All of this means that U.S. startups face an uncertain future. These are trying times in which to get a product off the ground.

Tapping Into the Government’s New Culture of ‘Yes’

The federal procurement process has long been known for red tape and cumbersome decision-making. But with government spending on the rise as part of a wider push to revitalize a contracting economy, that perception is changing.

The Air Force is a case in point. A $60 billion research, development and acquisition budget is in place alongside a stated aim to innovate faster, invest more flexibly and develop technologies with fewer bureaucratic constraints.

For startups that are typically reluctant to work with the government, there are now plenty of reasons to seek federal grants and contracts. Here are two:

And best of all, those dollars come with no string attached. Government grants are non-dilutive, so founders can innovate without sacrificing equity and without an obligation to pay capital back in the future.

The U.S. government is aiming to grow its domestic industrial base and encourage sustainable economic growth. Many agencies have increased R&D budgets with greater latitude on how they invest. One example is the Small Business Innovation Research (SBIR) program, a multibillion-dollar effort to rapidly connect new technologies to relevant government agencies.

This approach represents a huge opportunity for startups.

The challenge is knowing how to tap into the government’s rapid acquisition pipelines. One startup that went through the process is Slingshot Aerospace, a company that is empowering organizations with its decision intelligence technologies for space. In 2018, they partnered with us at Dcode, given our focus on accelerating and scaling emerging technology in the federal market.

Some on the Slingshot Aerospace team were skeptical about the SBIR program, given there are no guarantees that opening contracts will lead to commercialization opportunities. But developing products while leveraging government dollars allowed Slingshot Aerospace to explore the potential of the federal market — and, ultimately, to fast-track its path to success.

We facilitated hundreds of introductions with government customers looking for situational awareness capabilities and walked Slingshot Aerospace through the federal buying process.

Early market research validated Slingshot Aerospace’s IP, within both the government and wider commercial sectors. Fast forward two years, and the startup has won over $2.5 million in non-dilutive funding across three SBIR contracts and now counts the U.S. Space Force among its customers.

“Our innovation transcends technology development and extends into our business model by leveraging early government R&D funding to find competitive advantages and simultaneously grow both public and private revenue streams,” said Melanie Stricklan, co-founder and CEO of Slingshot Aerospace. “By doing this, we are building disruptive IP as we answer our nation’s call to propel the Air Force’s and Space Force’s digital transformation journey.”

What to Consider When Pursuing an SBIR Contract

Federal agencies with R&D budgets in excess of $100 million allocate 3.2 percent of that capital to the SBIR program, which means there are plenty of opportunities for startups who want to develop IP with government support.

But interested startups should appreciate that it can be a long road, even with the government’s eagerness for agility in the integration of new technology.

By this point, startups should have a clear understanding of the procurement process for their technology.

It’s also worth noting that, if you’re awarded an SBIR contract and another federal agency wants to leverage that same solution, the government doesn’t have to cast a wide net for the contract bidding process, and you can skip the usual “full and open competition” process.

Time is of the essence for any startup, but executives should never shy away from the long game. Yes, it usually takes years to build a meaningful federal business. But we are now seeing accelerated procurement timelines that offer tech startups a chance to diversify revenue during this challenging period.

The political will and funding are in place to drive small business growth and build IP for the future without diluting equity. For startups, there’s never been a better time to explore the federal government market.

Read More About Startup FinanceWhen Should You Reach Out to VCs?