The future of startup investment will be operator-led. 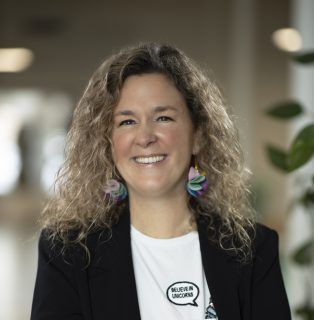 The curtain is closing on the monolith that is venture capital. Sure, the first quarter of 2021 saw by far the greatest volume of VC investment in history, reaching $125 billion globally. But at the same time, the United States’ share of the global investment pie has dropped to 51 percent of VC funding in 2020, versus a whopping 95 percent in the 1990s.

This is a sign of the beginning of the end of centralized capital. Investors will go where the money is, whether they’re the old guard or the vanguard. And as startups blossom in emerging economies, that means disentangling themselves from traditional hubs to scout out lucrative opportunities overseas. But this is more than a choice; it’s a necessity as more founders go global from day one, and it’s becoming far less dependent on VC firms.

Why Are Startups Becoming Less Dependent on Venture Capital?

Founders’ dwindling reliance on traditional VC is a result of investment becoming more democratic. New mechanisms from blockchains to crowdfunding mean that there is now a plethora of channels for regular citizens and individual investors to fund early stage businesses. U.S. startups are simultaneously welcoming foreign investment, and the concept of the “global” startup is stronger than ever. So when they do turn to VC investors, they’ll be demanding a lot more than money — they’ll want a leg up into the international arena.

Investment has diversified well beyond the scope of traditional VC firms. That evolution may just write the epitaph for VC as we once knew it. Here's why.

To support a tech startup in the past, regular citizens had to wait for the company to go public, or contribute to a VC fund that would typically ask for at least $1 million, a figure many people couldn't afford. But crowdfunding, angels, angel syndicates, SPVs, SPACs and other funding formulas are opening up access to this previously exclusive space. This is especially true considering that the SEC recently voted to raise the limits on crowdfunding offerings from $1.07 million to $5 million in a bid to support more growing businesses and entrepreneurs.

Crowdfunding allows early stage businesses to seek investment beyond their borders and tap into a wider variety of people who can give their two cents, as well as their money. Crowdfunding campaigns have also started giving more back to the investors. For example, NuMarket is an alternative crowdfunding platform that gives investors (regular users) a 120 percent return in credits at the selected company. There’s also been a surge in “equity crowdfunding” since the SEC started allowing everyday people to invest in established companies, not just accredited angel or VC investors.

Increased angel activity is also making tech funding more democratic. The Middle East is witnessing an increase in angel groups, while in India, 60 percent of the 4,600 active investors are angels. In the U.K., angels have been completing more deals during lockdown, increasing their check size by up to 18 percent. Angels provide tech companies with attractive options beyond VC firms, and many prefer working with angels as they don't demand the same level of control.

Blockchain technology and cryptocurrencies are additionally reducing barriers to capital. Digital assets are exchanged via initial coin offerings, security token offerings and initial exchange offerings, and have helped companies raise $30.6 billion between 2017 and 2019. These types of token don’t tend to lead to an equity stake in a company, and they aren't bound by physical borders. However, further regulation is needed before these options can be a sound funding route for startups.

By not being limited to local VC firms, founders have more freedom to look beyond their borders for investment. They’re also willing to accept less capital from investors in exchange for the value they can bring to the business, which increasingly means international connections.

Investors are interested in their bottom line, and whether that money is coming from down the road or across the world is ultimately irrelevant.

There's huge potential in emerging markets — from a growing online population to disruptive solutions that can leapfrog into other large markets with similar conditions. For example, the delivery platform Rappi was able to spread from Colombia throughout the Spanish-speaking world in less than five years. Common threads like language, payment options and user behavior pose great expansion opportunities that promise to boost ROI.

And as lockdowns continue, investors can keep as much of an eye on a startup based across town as one based in another country, so that physical limitation has been shattered. Distances are far less of an obstacle as the world improves remote practices.

This outward pivot from the United States has been growing for years. U.S. investment abroad rose by $158.6 billion at the end of 2019, totaling $5.96 trillion. It's likely that even more capital will flow out of the United States in the future, as a weakened local economy spurs investors to look elsewhere for the global exposure they once got by contributing to domestic companies. Indeed, China overtook the United States in 20202 as the world's top destination for new foreign direct investment, while foreign investment to the United States fell by half. And as global investment activity increases, the logistics involved will only get smoother.

Startups Are Going Global From Day One

It's not only investors who have reassessed their priorities. Startups are launching with globalization in mind from the get-go. This is partly because more than half of U.S. startups were founded by immigrant entrepreneurs who often build with a perspective or life experience that spans beyond U.S. borders.

Likewise, the remote revolution — and its abundance of tools and software — has established more pathways for companies to reach international markets earlier on and scale faster. The lockdowns have taught us that distance is a frame of mind when hiring talent and reaching consumers.

Global-minded startups appeal to investors because capital is spent in savvier ways. For example, employees don't have to move to a specific office, so money isn't dedicated to relocation packages. And because smartphone penetration has increased dramatically in emerging economies, startups have a direct way to communicate with users, ask for feedback and collect usage metrics rather than having to allocate a budget for on-the-ground researchers. Plus, local talent is often cheaper overseas, and it shapes a more diverse team with multiple languages and cross-cultural understanding.

If an investor’s portfolio has more global and foreign startups, it gains a competitive advantage: The more diversified it is, the more it remains stable if a particular economy or industry takes a tumble. Investors also increase their knowledge capital by witnessing how different business models, industries and on-the-ground conditions perform. This experience keeps them ahead of investment trends and makes them far more appealing to founders seeking value.

Venture capital as we once knew it is steadily becoming unrecognizable. Big firms dangling impressive sums of money in front of startups no longer cut it in a world where value matters most and founders choose their capital — not the other way around. The size and structure of traditional VC can't adapt to the needs of startups in modern times, and that's why it'll eventually be confined to the past.