Why NFTs Are a Wolf in Sheep’s Clothing

To protect their money and invest it safely, people need to know about the vulnerabilities of NFTs — and how to dodge a future bullet. 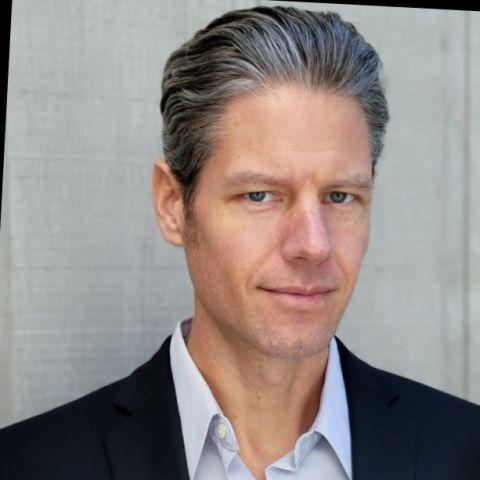 In March, hackers stole thousands of dollars’ worth of non-fungible tokens (NFTs) from users on a digital items platform, sparking conversations about the security of the tokens.

NFTs are valued because of their undeniable authenticity, but there’s a glaring flaw here. The building blocks of NFTs are designed to prevent forgery but not theft. So if someone steals an NFT, those building blocks — collectively known as the blockchain — simply record the activity.

But that’s only the tip of the NFT iceberg.

NFTs, which turn digital items into one-of-a-kind “tokens” that can’t be replicated, are the latest digital craze that is racking up hundreds of millions of dollars online. You can turn literally everything into NFTs, from digital artwork to tweets. That’s why, at points, NFT marketplaces have generated more than $1 billion in sales in just 30 days. Part of their allure is that they offer artists a way to keep the rights and royalties to their work once it enters the web. People are also treating them like speculative assets, where they purchase them in the hopes that their value increases over time.

However, NFTs have no physical form, so it's possible to create more than one NFT for the same asset. The references that define the original ownership of an NFT depend on URLs that could possibly disappear at some point. Since NFTs can also be created for anything, by anyone, there is no guarantee they will actually convey legal ownership of a particular asset by the NFT aside from the content within the NFT itself. But the most concerning development of late is how NFT infrastructure is being manipulated in ways that weaken its security.

People have been tripped up by the misconceptions surrounding cryptocurrencies, and these are infecting the NFT wave. To protect their money and invest it safely, people need to know about the vulnerabilities NFTs were born with — and how to dodge a future bullet.

Beware of the Parallels Between Crypto and NFTs

Despite a decade-long hype recently pumped by the likes of Elon Musk, crypto exchanges have lost everyday people millions of dollars. There are already more than 1,960 dead coins — entire cryptocurrencies that have been abandoned or used to scam users.

Cryptocurrencies, like NFTs, are speculative: They hold no intrinsic value. That’s why their prices can skyrocket or plummet from one day to the next. There’s nothing anchoring them to, for example, a stable physical asset like gold. As more cryptocurrencies are made, more will eventually fail because they can't serve their one purpose of being a means of exchange: they're not reliable enough as a store of value. The same will happen with NFTs.

The public is anticipating that NFTs will continue to be created for a myriad of things, which will continue to drive this initial value spike, but only for a while. We'll likely see a plethora of NFTs be created in the same way that we've seen new cryptocurrencies pop up. Currently, most NFTs are part of the Ethereum blockchain, but other blockchains can easily implement their own versions, too, which heightens the potential for market saturation. And similar to what has happened (and will continue to happen) with cryptocurrencies, in the end, the trend crashes and burns, and the entity could become worthless. In fact, the third most valuable artist alive predicts that a lot of NFTs “will absolutely go to zero.”

The hype around blockchain technology means that more people want to use it for different functions. However, due to blockchain's rigid nature, people have had to create “add-on” components that can perform new operations and report them to the main chain. That extra level of add-ons is called “Layer 2.” Layer 2 enables users to build on top of popular existing blockchains, which is cheaper and easier than creating a new blockchain.

The problem though, is that Layer 2 significantly reduces the verifiability of the entire chain. Blockchain in its original form is known for its security, but Layer-2 additions compromise that. Think of it like a low-quality house extension, where the weight and poor materials used to extend the property size threaten the stability of the total structure. Marketplaces, tools and developer kits that reside in this layer may have security issues that put their users at significant risk.

Layer 2 puts quantity ahead of quality when it comes to digital assets. And as NFT usage becomes widespread, Layer 2 will likely become common practice in blockchain manipulations — which will only open up holes for foul play, and could lose owners millions in assets. All in all, Layer 2 could be the catalyst for the fall of NFTs.

NFTs Are Old, but They’re a New Financial Threat

Anyone on the internet can create an NFT out of anything in the same way that anyone can start a cryptocurrency. If you can magic something out of thin air, there's no benchmark for how to price it, so people are assigning NFTs random prices that only fuel their volatility.

Over the course of 2020, the value of some of the most popular types of NFTs spiked by around 2,000 percent. The reality is that cryptocurrency fluctuations have somewhat normalized these spikes, encouraging traders to believe that these extreme flows are standard practice. Sadly, that’s not the case.

Beyond Layer 2, NFTs are experiencing other types of manipulation in the form of “wash trading.” A user artificially inflates the price of an asset by opening multiple accounts and trading with themselves. Not only is this behavior fraudulent, the artificial price inflation will result in the end user purchasing the NFT asset at a much higher price than its actual valuation.

Likewise, money launderers may be turning their attention to NFTs. Criminals disguise illegal proceeds by moving them through trades that make the funds look legitimate. And with NFTs being heavily used in the art space — where erratic pricing is the norm — criminals could easily pass large amounts through. All this potential for foul play leads to everyday NFT holders being hurt. There’s a clear need for better regulation in digitized markets.

NFTs have naturally gained traction on the heels of the crypto boom, but we can't be fooled into following fads that are doomed from the start. NFTs share many of the same risks as cryptocurrencies, and they will soon fall under their own weight.