11 Business Leaders Predict the Next Big Step in Encryption Technology

Members of the Young Entrepreneur Council share their predictions for upcoming advances in encryption tech. 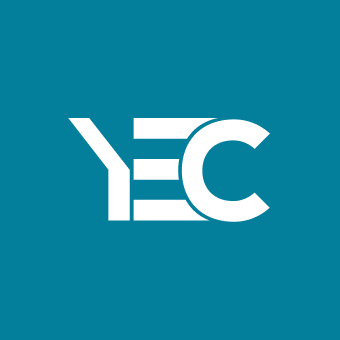 To that end, 11 members of the Young Entrepreneur Council shared what they predict will be some of the next big steps in encryption technology in the near future. Keep an eye on these developments to see what kind of effect they’ll have on privacy and security for you and your business.

I believe we are moving toward using blockchain technology more fully in various aspects of our lives. Privacy and security are a perfect avenue for it. Having a decentralized structure in place means there is no central entry point for attacks. Blockchain, if used correctly, can take human error out of the equation. Our structural security will become transparent and thus more secure. —Brian Greenberg, True Blue Life Insurance

Right now, if a government wants to go to a big tech company and demand their data, many companies will resist, but there are still ways governments can get to that data. The next big step is for companies to build decentralized authority so even they themselves don’t have access. This could mean a whole new level of encryption even law enforcement can’t crack — for better or worse. —Cody Candee, Bounce

The next big step is voice authentication. You already have two-factor authentication in most industries, but it doesn’t often involve voice. I recently had to sign up for and give a sample of my voice to access an investment account of mine. Expect more companies to follow suit in the coming months and years. —Andrew Schrage, Money Crashers Personal Finance

Now that businesses are operating remotely, we can expect them to use password management tools and similar platforms to manage their data. This means that there will be more password management tools appearing and better user experiences as security businesses compete with each other. With the greater use of encryption tools, I imagine we should see a decline in malicious activities too. —Syed Balkhi, WPBeginner

I think we’ve made it to the point where AI will monitor our encrypted data in real time. Instead of having a tech team that’s focused on monitoring real-time engagement to avoid hackers, we will see businesses use AI as a tool to spot malicious behavior and individuals. —John Brackett, Smash Balloon LLC

In the coming months, we may see tokenization become more prevalent in security measures. Tokenization substitutes real data with fake data using a token. This could lead to reduced payment fraud and heightened security for customers. —Jared Atchison, WPForms

End-to-end encryption isn’t a new concept. With more people becoming conscious of privacy risk, however, this is one technology that will be adopted widely by internet users in the upcoming months and years. —Thomas Griffin, OptinMonster

I’ve heard a lot about the potential for wearable two-factor authentication (2FA) in the near future. An example would be using near-field communication in your watch, phone or other piece of wearable tech to confirm your identity and access private accounts. This will make your accounts more secure and also more convenient than having to receive calls or emails to pass the second layer of encryption. —Amine Rahal, IronMonk Solutions

In the future, you can expect to see biometric encryption become more of the norm. This includes voice, face and fingerprint recognition. This eliminates the need for users to enter passwords and answer security questions. It’s also more convenient for those who want instant access to their private information. —Stephanie Wells, Formidable Forms

An industry joke says that the S in IoT stands for “security.” Of course, there isn’t an S in IoT, and security in IoT devices is often ineffective. But businesses are working hard to catch up since there have been several events where inconspicuous devices like aquarium monitors have collapsed entire business systems. We should see an improvement in encryption in this area. —Blair Williams, MemberPress

Honey encryption tricks hackers who produce encoded text thinking they have entered a correct password. It makes them see a different text but doesn’t give them access to the data they’re actually trying to retrieve. It protects encrypted information, giving data thieves a hard time. —Daisy Jing, Banish

More in CybersecurityI Hack Fortune 500 Companies. These Are the Execs Who Make My Job the Hardest.