What 7 Failed Rebrands Can Teach Us About Employer Branding

A rebrand — a wholesale change to the corporate image of a company or organization — is one of the riskiest strategies a business can pursue. For every successful rebrand, there are dozens of failed attempts that cost millions of dollars, not to mention the jobs of countless marketers. Simply put, rebranding is hard and not every organization is capable of pulling one off.

So why are we discussing failed rebrands on a recruitment blog?

From the ashes of these failed attempts come some very tangible lessons those of us in the recruitment industry can apply to our employer branding efforts. Let’s dive into a few examples and see what they have to teach us.

What 7 Failed Rebrands Can Teach Us About Employer Branding

In 2009, Tropicana commissioned a complete overhaul of its brand identity along with a corresponding advertising campaign announcing the change. It didn’t go well. The negative response was so severe Tropicana’s sales fell by 20 percent over the following month, representing a loss of nearly $30 million. Tropicana’s customers clearly weren’t ready to let go of the company’s timeless image, and the organization reintroduced its original packaging less than two months after the launch.

Takeaway - Make sure you understand what candidates want. While you may be responsible for the development of your employer brand, it ultimately belongs to your employees and potential candidates, as they are the ones who will decide whether or not your message aligns with their wants and needs. Rather than working from a hunch, solicit their opinions upfront and avoid the disaster that can come with a bad guess.

In 2000, BP updated its nearly 70-year-old logo to the new “Helios” mark in an effort to showcase its dedication to an environmentally-friendly growth strategy. One could argue that an oil company featuring eco-friendly messaging is a stretch even under the best of circumstances, but following the Deepwater Horizon disaster BP’s environmental approach came across as disingenuous and insulting.

Takeaway -  An employer brand can’t be overly aspirational. A company must be able to deliver on the promise it’s making to candidates during the interview process, which means its employer brand must be based in reality, not hope. If you can’t meet their expectations, that talent you worked so hard to recruit will fly the coop before you know it.

In 2009, the SciFi Channel decided it needed a corporate identity it could trademark and own in perpetuity. As a result, the SyFy Channel moniker was born. The new logo was modern, the pronunciation was phonetically identical and the unique term could be trademarked. All good, right? Of course not. In its effort to secure a name it could trademark, the channel selected a term that is also a slang phrase for syphilis in much of the world. Open minded or not, something tells us the good folks at SyFy would rather not be associated with venereal disease.

Takeaway - Double-check everything! For recruiters, this serves as an excellent example of why exhaustive research is a must. When developing or refreshing your employer brand, double-check every decision you make to ensure you haven’t missed any potential obstacles. You’ll want to check for things like copyright infringement, excessive similarities to your competitors and message clarity. 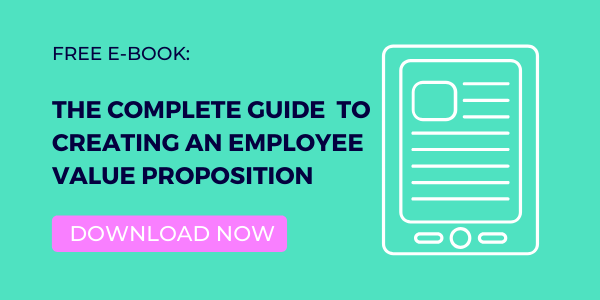 Any company that’s been in business for more than a century must update its identity from time to time, but Pepsi seems unable to leave well enough alone. The beverage giant’s constant rebranding has picked up pace in recent years, leaving even its most loyal customers confused when they no longer recognize their favorite soda on store shelves.

Takeaway - Consistent brands build familiarity and trust. While Pepsi’s serial-rebranding ways haven’t impacted its bottom line (a multi-billion dollar advertising budget can overcome a lot of questionable decisions), recruiters should do everything in their power to avoid this sort of unpredictable behavior in their employer branding efforts. An inconsistent experience will leave candidates with more questions than answers and can lead to a lack of trust in your organization as an employer.

Unlike Pepsi, The Gap has utilized the same logo for most of its existence. But in late 2010, the fashion retailer introduced a new design that has gone down as one of the most egregious rebrand fails of recent memory. The complete story reads like a comedy of errors, and as a result, The Gap brought back its original logo six days later.

Takeaway - Consistent brands have equity. After decades of consistent use, The Gap had developed a brand recognized by shoppers the world over. The vast majority of businesses will never develop a brand with this sort of inherent equity, but The Gap was willing to discard that value for an ill-conceived attempt at modernization. Even if your employer brand isn’t as cutting edge as some of your competitors, consider the established value you could be risking by making sweeping changes and ask yourself if the benefits outweigh the potential risks.

Oh, Comcast. Where do we begin? After earning a notorious reputation for inferior customer service thanks to some viral hits like this gem, the telecommunications giant had had enough. Rather than face its issues head on, however, the company decided to rebrand many of its internet and television services under the new Xfinity umbrella in an effort to improve customer perceptions.

Takeaway - A rebrand won’t cover your tracks. Like cable customers, candidates are too smart for this sort of trickery. If your employer brand has come upon hard times of late, smoke and mirrors won’t fix anything. Combatting a negative employer brand isn’t easy, but it can be one of the best investments you make. Take the time to understand why your employer brand is misunderstood or viewed poorly, and develop a strategy that will help you revamp your image the right way.

Remember Radio Shack? Once a staple of strip malls and suburban shopping centers everywhere, the purveyor of electronic goods ended up filing for bankruptcy and is now stuck in a sort of corporate purgatory. A few years before it went gently into that good night, however, Radio Shack briefly went by a different moniker. In 2009, the company encouraged customers to refer to it as The Shack in a confusing attempt to help it compete with Best Buy and e-commerce retailers. Unfortunately, the company didn’t address any of its underlying problems (lackluster product offerings and spotty customer service) and the rest, as they say, is history.

Takeaway - A rebrand can’t save a sinking ship. If your employee value proposition — the core of your employer brand — is weak, don’t count on slick messaging or clean design to bail you out. Instead of throwing good money after bad, focus your efforts on identifying and addressing the issues facing your recruitment efforts. Simply tweaking your messaging or design will do you no good if the changes don’t address your fundamental challenges.

NOTE: There have been instances of organizations utilizing a Hail Mary rebrand to stave off irrelevance (Domino’s Pizza and Old Spice come to mind), but in those cases, the companies also overhauled their product/service offerings. The rebrands were used to reintroduce the companies to the consumer public, not to fix the underlying issues. Don’t count on this strategy working for your employer brand.