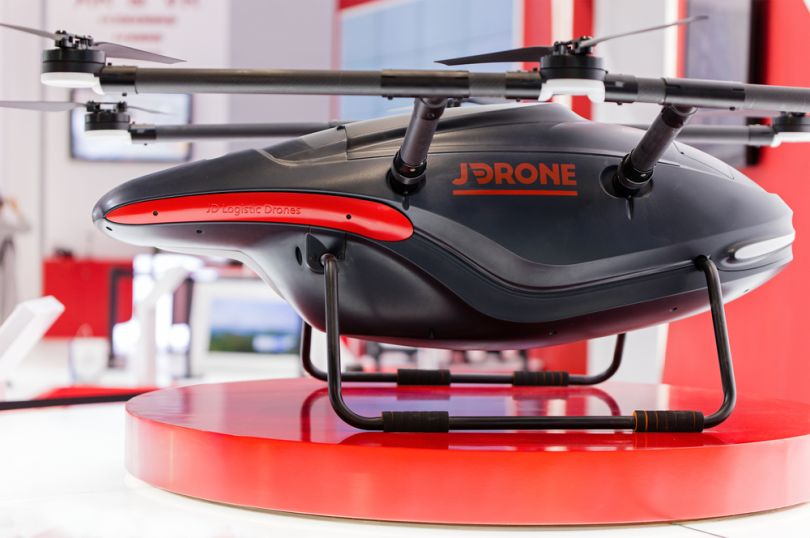 Nikkei Asian Review reports that JD.com introduced AI-powered rolling robots that can deliver goods within a 5 km radius and be unlocked using face authentication. The autonomous home-delivery robot, which is about the size of a small golf cart, has cameras and sensors, which helps it deftly navigate through traffic. The initial fleet of 20 robots was deployed at the end of November from JD’s logistics in Changsha, Hunan Province.

Each robot has 22 compartments in which deliveries are securely stored. Customers can unlock the compartment containing their delivery using either a password or face authentication.

Each robot has 22 compartments in which deliveries are securely stored. Customers can unlock the compartment containing their delivery using either a password or face authentication. If the robot is unable to complete the delivery, it reschedules and continues to its next destination. All robot deliveries are monitored in real-time via a computer system.

This is not JD’s first foray into robotics. Robots sort packages, among other duties, at the company’s nearly 500 distribution bases. Company officials say that JD delivers on average about 150,000 parcels daily in Shanghai.

Prior to these delivery robots, JD launched a new service in September that delivers Shanghai hairy crabs by drone, traveling up to 10km in roughly three minutes. According to JD, their use of this unmanned delivery system have spurred increased demand due to its superior freshness compared to land deliveries.

Increased automation cannot come too soon for China’s online retailers. Delivery motorcyclists working on commission are under pressure to meet shoppers’ expectation for fast turnarounds. Efforts to entice new drivers with higher wages have even inspired the development of job placement services for rural workers looking for opportunities with urban delivery companies.