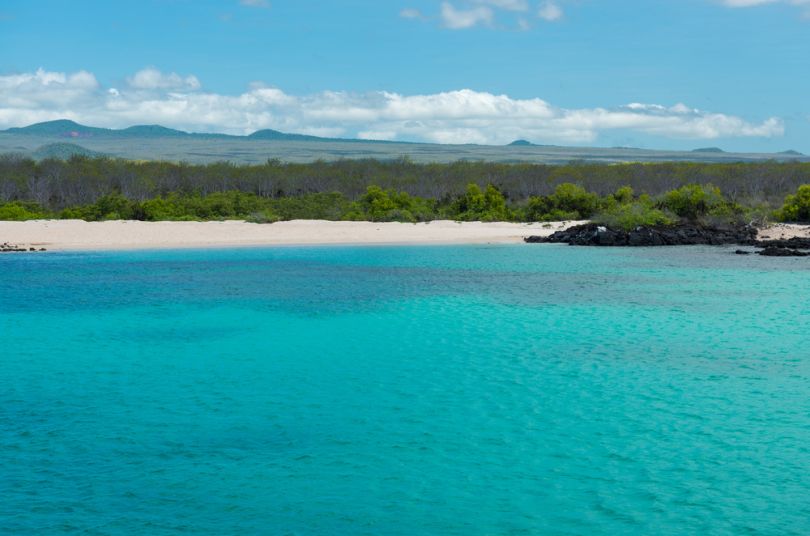 The outlet says that conservationists once fended off the rodents in 2007, but some rats likely swam over from nearby island Baltra, sending the habitat into a tailspin by eating the insects that pollinate the island as well as the eggs of endemic species such as the swallow-tailed gull, the world’s only nocturnal gull.

“Flying autonomously along predetermined routes, the drones have been dropping rodenticide bombs with extreme precision, down to half a meter accuracy.”

With no natural predators prepared to face them on the island, the rats must now answer to a threat from above: 55-lb six-rotor drones bearing specially designed rodenticide pellets. The robots are painted sky-blue to avoid attention from birds. “Flying autonomously along predetermined routes, the drones have been dropping rodenticide bombs with extreme precision, down to half a meter accuracy,” says WIRED.

“You've got consumption of key species of cactus and a number of other plant species that provide support for nesting seabirds,” Chad Hanson, project director for Island Conservation, which led the eradication with the government of Ecuador, told WIRED. “It's this continuous impact over time that eventually leads to large-scale habitat degradation.”

Hanson explains that the precision of drones makes it a superior choice than a helicopter in this use case because of the small size of Seymour Norte. “We don't want to put bait where rodents don't exist,” Hanson said to WIRED. “We don't have any interest at all in seeing bait go in the water or ponds.”

As Island Conservation nears their goal of eradication, the organization is thinking ahead to other potential uses for these drone tactics, which is more economical and portable than helicopter-related efforts. “That's effectively opening up a door to a whole new suite of islands that haven't been feasible in the past,” added Hanson.