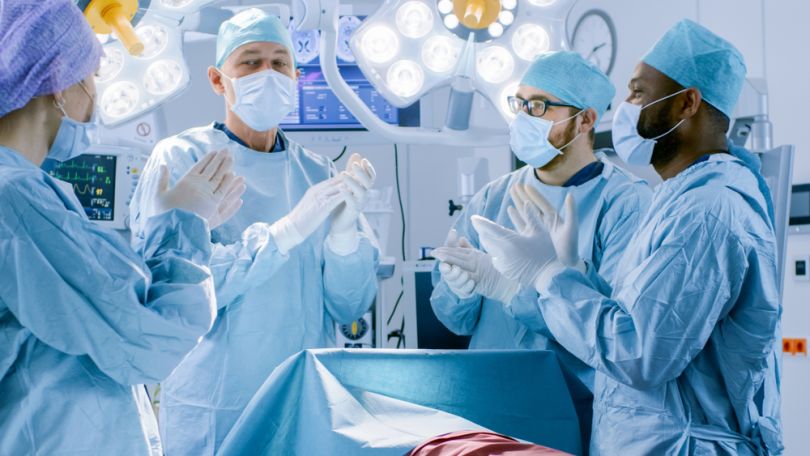 Are medical drones the future of organ transplant delivery? Dr. Joseph Scalea, a transplant surgeon at University of Maryland Medical Center, spoke to The Baltimore Sun about the use of the unmanned aircraft to handle life-saving deliveries.

“I did a transplant where the organ flew 1,500 miles from Alabama on a commercial aircraft and it took 29 hours,” Scalea said to The Baltimore Sun. “That’s ridiculous. It could have been here in six. And yet that’s accepted as how we do things.”

He describes a system that depends on “couriers, commercial airline schedules and costly charter flights arranged by local nonprofit agencies,” providing plenty of room for error and delays when time is of the essence for organ quality and viability. His frustration inspired him to lead efforts to leapfrog logistical hurdles through drones.

According to The Baltimore Sun, more than 30,000 organs are transplanted a year, and many more valves, bones and other tissues. Scalea believes drone use will revolutionize this practice in the next three to five years.

“It will be faster and cheaper and more predictable. Drones really work for this purpose.”

“It will be faster and cheaper and more predictable,” Scalea told The Baltimore Sun. “Drones really work for this purpose.”

The FAA is currently operating pilots to expand commercial drone use. “Data gathered from these pilot projects will form the basis of a new regulatory framework to safely integrate drones into our national airspace,” Transportation Secretary Elaine Chao said upon their launch, stating 100,000 jobs and $82 billion in economic impact in less than a decade could be generated.

North Carolina’s transportation department will be running a pilot program that will distribute medical supplies via drones operated by Zipline, a San Francisco-based startup that currently delivers medical supplies in Rwanda.

Matt Scassero, director of the University of Maryland Unmanned Aircraft System Test Site in St. Mary’s County, explains how two hurdles to operating such a system to-date have been strict regulations in the U.S. and a lack of commercially available drones that can fly organs.

“The doctors have made progress on the medical side, and this is the drone side,” Scassero said to The Baltimore Sun. “This is the harder part of the equation. … We’re working to show we can do this safely and efficiently.”