Drones used for biocontrol to curb invasive cacti in Kenya 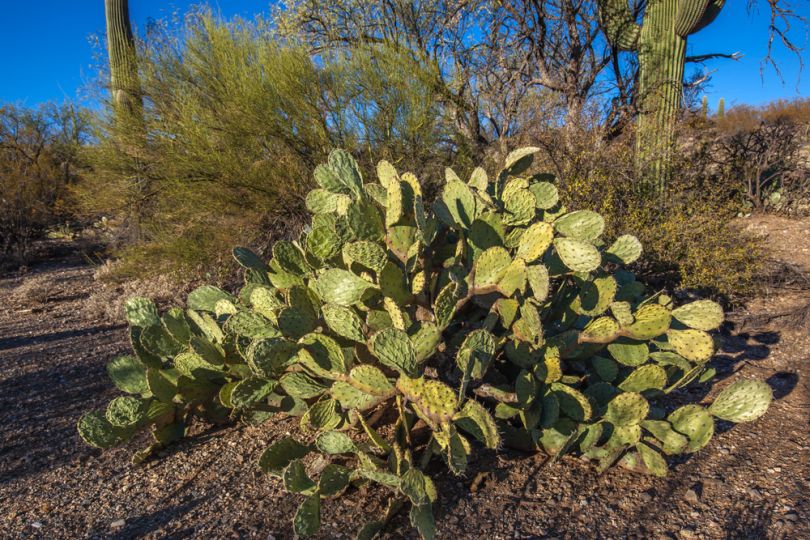 An invasive cactus species, Opuntia engelmannii, is spreading fast in Kenya. The Nature Conservancy explains how it earned the moniker “green hell”:

“It spreads across the plain and outcompetes native plants. Formerly diverse habitats are now nothing but cacti. The species even covers bare rocks. It attracts both wildlife and cattle with its sweet fruits, but also can hurt or even kill animals with its numerous thorns.”

The outlet reports how the drones are assisting Loisaba Conservancy in its biocontrol efforts to halt the spread of this invasive species.

Gustavo Lozada, nicknamed a “drone master” in his technology work for The Nature Conservancy in Colorado, decided to rise to the challenge of this project. He immediately recognized this same cacti his father had briefly raised in Venezuela, hoping to lure the cochineal insects that suck nutrient-rich red liquid from the plants, coveted as an organic dye.

“Where it grows, there’s nothing else. You could see new cactus emerging beneath native bushes. Soon it overtakes and suffocates all the other plants around it.”

“It had no competition at Loisaba,” Lozada told the outlet. “It was just completely out of control. Where it grows, there’s nothing else. You could see new cactus emerging beneath native bushes. Soon it overtakes and suffocates all the other plants around it.”

While on a Coda Fellowship through The Nature Conservancy, Lozada used his drone knowledge to remove the guesswork about the effectiveness of the cochineal insects. He mapped the cactus in Loisaba using drone cameras. “Each picture contains a lot of data,” Lozada told The Nature Conservancy. “I use that to create three-dimensional models that provide detailed information on the presence of cactus.” The precision of the drone mapping made capturing accurate results much easier.

He was also able to gauge cactus volume per acre. “The first thing affected by cochineal insects is the volume of plants,” said Lozada. “So having this data will be very important in tracking the impacts of the biocontrol.”

“We often hear about the misuses of drones,” says Lozada. “But drones can be tremendously effective conservation tools. A landscape covered in invasive cactus can seem like an impossible problem to address. You have to understand the problem before you can address it. The drone provides the most accurate information, allowing us to stop this nasty threat to wildlife and livestock in Kenya.