Bee-lieve it or not, drones are pollinating orchards 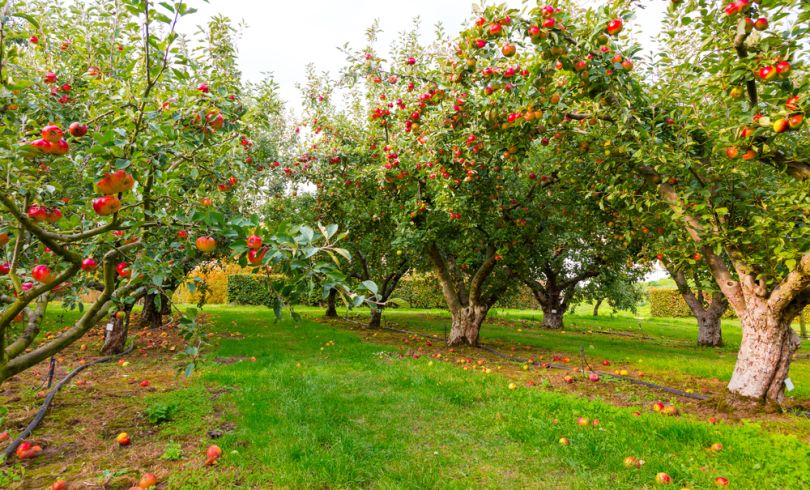 Agriculture is among the many applications for commercial drone use. AOPA.org reports how Syracuse, NY-based startup Dropcopter is producing custom drones and software for pollination and helping growers produce bigger, better fruit.

So far, Dropcopter’s fleet of six custom-built hexacopters have found success on apple, cherry, and almond orchards in California and New York, according to the outlet.

The Dropcopter team is outperforming bees by “removing many of the variables and uncertainties that come with using unguided insects to pollinate blooms.”

The Dropcopter team is outperforming bees by “removing many of the variables and uncertainties that come with using unguided insects to pollinate blooms,” says AOPA.org. The superior results of the precision pollination of Dropcopter drones have been demonstrated in three years of trial runs that boast 25- to 50-percent increases in orchards.

Rather than rely on the fickle agenda of bees who pollinate orchards as they please, avoiding flying at night or in cold weather, growers can find more reliable partners in Dropcopter drones.

Precise timing through optimized pollination not only results in more fruit, but also fruit of superior quality, such as larger, better-colored apples that sell for double than average. Chief Marketing Officer Mike Winch tells AOPA.org, “We’re all about getting pollen to exactly the right place at exactly the right time.”

Dropcopter relies on data meticulously gathered during its three years of testing, including pollen release at precisely 10 feet above the orchard canopy, according to AOPA.org. CEO Adam Fine underscores the importance of safety with these devices. Pollinating 30 to 40 acres an hour, the hexacopters are pre-programmed to flight routes that last between 25 to 30 minutes and spare batteries are a must.

Winch tells AOPA.org that their priorities now include producing more drones as demand increases as well as hiring more qualified remote pilots, which are required to operate the drones.