Disparities persist, but a growing number of networks are helping bridge the gaps.

Zoom in specifically on data science, analytics and machine learning, and the issues persist. For instance, research shows that women only make up between 15 and 20 percent of all data science-related roles. Women also make around $10,000 less than men who perform the same jobs, according to a 2016 data science salary survey by O’Reilly.

Industry bias is particularly damaging to Black women, who account for just 3 percent of the data and analytics workforce. At the same time, marginalized people in general who work in data and analytics are twice as likely to be passed over for leadership roles than white men, according to recent survey numbers.

These disparities have serious downstream implications, too. Recent evidence indicates that a lack of diversity among machine learning teams can potentiate algorithmic bias — which has had profound consequences in facial recognition, insurance rates, hiring and other areas.

“It’s important to really think about product development and that stage as one that is not neutral,” Jessie Daniels, a Hunter College sociology professor and former product manager, told USA Today. “We tend to think of product development like we think about a lot of things in this culture, which is that they are somehow walled off from discussions of race, and they are simply not.”

Bridging these gaps takes effort and — of course — support. Luckily, the data science community also sports many notable networking organizations aimed at advancing women, people of color and people with disabilities in the data field.

Some of these groups, which provide resources and host technical and professional meetups, are long-established with large membership numbers. Others are still emerging. Each one is worth a look.

RelatedAre You Unwittingly Keeping Diversity Out of Your Talent Pipeline? 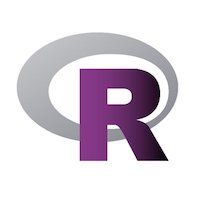 When we spoke earlier this year with Caitin Hudon, the co-organizer of the Austin chapter of R-Ladies, she underscored what many women in data science believe: The R community stands out as an exemplar of inclusiveness and support. Nowhere is that more evident than R-Ladies, which includes some 75,000 members across more than 200 chapters in 50-plus countries worldwide.

“It’s important to have a community and a safe place where you can be yourself and ask questions without judgment,” Gabriela de Queiroz, R-Ladies founder and program director of open source, data and AI technologies at IBM, told Business Insider. 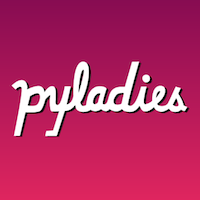 Python, the other major data science programming language, also sports a robust support community for women and non-binary people, with tens of thousands of members in dozens of global groups.

Of course, Python isn’t exclusive to data science, so some chapters and meetups tend to emphasize web development over data, but many give it priority. The largest U.S.-based PyLadies outpost, NYC PyLadies, for example, has held recent workshops and study groups for key data science libraries and packages like PyTorch, PyMC3, pandas and Plotly, plus seminars on concepts such as imputing missing data, web scraping and how to scale machine learning.

A map and list of existing chapters is available here, and a starter kit for launching a new chapter can be found here. (PyLadies stages a popular auction each year, which helps fund its large constellation of chapters.) Other resources include an active GitHub and Slack channel, where users can pose and answer questions, share milestones, post job listings and promote related events. 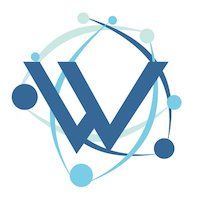 Founded in 2013 by Erin LeDell, chief machine learning scientist at H2O.ai, this network has grown into one of the most active for both established and early-career women and gender minorities in data science and ML. Independent chapters — totaling some 100 worldwide, with more than 25 in the U.S. — share notable woman-authored ML papers and host mentorship programs, hackathons, networking events and technical and career-development tutorials. Topics range from ML embeddings and human-centered data science to transitioning from academia to industry. The largest groups are the Bay Area and New York City chapters, which recently reactivated after a pandemic-prompted pause. 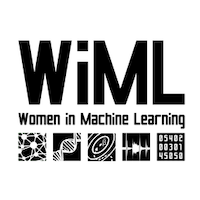 WiML has been spotlighting the work of women machine learning practitioners for more than 15 years, long predating contemporary mile-markers in the mainstreaming of ML, from Watson’s Jeopardy! run to the emergence of Kaggle. The organization maintains an ever-growing directory of women data scientists and ML faculty and researchers; hosts mentoring events; operates a mailing list where users post job listings, sends out calls for competition participation, internship notices, PhD opportunities and more; and covers registration fees for eligible individuals at participating conferences.

That includes a long-running workshop at NeuRIPS — the organization’s flagship event — plus presences at ICLR and ICML, where attendees can take in technical talks and networking opportunities.

WiML has also earned a reputation for broader diversity and inclusion. “These are women of all different backgrounds, all different pedigrees,” Brandeis Marshall, a Spelman College professor and prominent advocate for diversity in data science, told the DataFramed podcast in a discussion about expanding the field for people of color and other underrepresented groups. 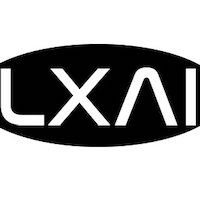 Inspired by the success of Black in AI and Women in Machine Learning, Laura Montoya founded this network in 2018 to help prevent the development of biased tech products and counteract automation’s disproportionate effect on minority workers, specifically by offering support for Latinx data scientists and machine learning and AI engineers. 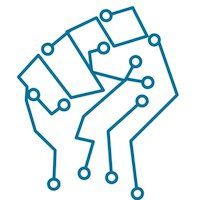 Before her ouster from Google became a flashpoint for AI ethics, Timnit Gebru, along with fellow leading researcher on algorithmic bias Rediet Abebe, co-founded this organization to promote and advance the work of Black AI researchers.

In addition to connecting members to job opportunities and providing active forums to discuss work and ideas, Black in AI also hosts several conferences — most notably the BAI workshop, co-located at NeuRIPS — and provides a bevy of support for students and early-career practitioners. That includes scholarships, conference travel grants and graduate school and post-grad career guidance. Black in AI also recently unveiled a summer research program, and an entrepreneurship program for Black founders is in the works. 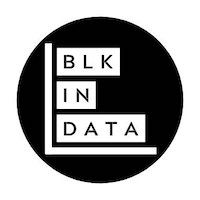 It’s all about advocacy. “I envision Black people being present in increasing numbers in the data field, both horizontally (in multiple sub-fields) as well as vertically (in positions of varying power),” wrote co-founder Simone Webb in 2020. “I envision data science to be a space that sees Black people thrive and supports our journeys wholly, even if we are the only one, or one of few, in the room.” 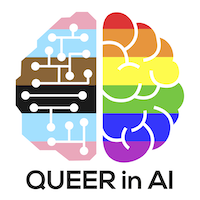 Queer in AI launched with a mission to provide “a safe and inclusive place” in the AI community “that welcomes, supports and values” LGBTQ+ folks. It does so in part with regular appearances at leading AI conferences, including NAACL, where it hosts virtual socials, and NeuRIPS and ICML, where it’s led workshops that spotlight research produced by queer researchers or focused on LGBTQ+ representation. Queer in AI also invests heavily in mentorship, with financial aid services and undergraduate initiatives that include mentorship series, conference buddy programs, career advice and mental health resources.

You can also see the organization in action doing broader advocacy work, whether that’s compiling guidelines on how to ask (or not ask) for gender data in questionnaires or advocating against AI uses with damaging downstream effects for queer people.

Join the community by following the Queer in AI Twitter page, subscribing to the mailing list or requesting to join the Slack community, which has channels for research, advice, announcements and more. 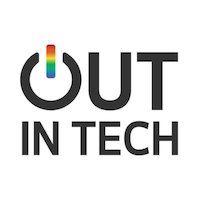 This long-running LGBTQ+ tech community — which, at 40,000-plus members, bills itself as the largest of its kind — isn’t exclusively focused on data science, but the many meetups and talks it hosts often have a data component, such as An Evening With... AI/Machine Learning Professionals or AI/ML + Queering the Future. There are also plenty of handy, specialty-agnostic gatherings — including job fairs, networking events and career advice seminars — regularly scheduled across OiT’s satellite cities. In the States, those include Portland, New York City, Austin, Seattle, Boston, Chicago, San Francisco, Miami, Washington D.C. and Los Angeles.

Aside from events, Out in Tech also hosts a mailing list, a 15,000-member Slack channel and a job board. Other support includes a free, eight-week mentorship program for people between the ages of 17 and 24. 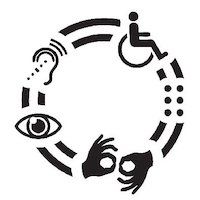 Founded by Maria Skoularidou — a generative modeling researcher at University of Cambridge and chair of diversity, inclusion and accessibility at NeurIPS 2021 — DisAbility in AI advocates for disabled people in AI and ML by, according to the organization’s website, hosting mentoring sessions and providing access assistance at conferences and workshops. The organization’s Twitter feed also serves as an active discussion space for accessibility-related issues, news items and job opportunities in AI, ML and data science.

Additional Communities and Resources to Know

The data science wing of the respected non-profit Women Who Code.

RainbowR is a network with meetups, mentorships and announcements for LGBTQ+ members of the R community.

A recently established group that promotes underrepresented groups in AI via workshops, talks and scholarship opportunities.

The Sadie Collective is dedicated to advancing opportunities for Black women in economics and related fields, including data science.

Widening NLP promotes researchers from underrepresented groups in the field of natural-language processing.

WiCV advocates for women researchers and students in computer vision.

An inclusive data science and machine learning Clubhouse room with 40-thousand-plus followers, AI & ML Club was founded by an ML veteran of Reddit, Yelp and PayPal, along with an ML instructor at Stanford University.