What It’s Like to Work in ‘Cloud Years’ at FirstBank

Recognizing the need for rapid modernization and agile offerings, the first big step in cloud adoption is going live for the regional bank this month. Here’s what it’s been like behind the scenes.
Written byEva Roethler
Eva Roethler
Senior Staff Writer, Brand Studio at

As a member of the cloud data center team at FirstBank, Principal Cloud and Data Center Analyst Jared Martin fills his days with a variety of interesting, innovative projects. In the morning he might spend half an hour discussing the mainframe over coffee, then go right into a meeting about a totally different container project on Amazon Web Services.

“As we modernize and move to the cloud, it’s like being a kid in a candy store,” said Martin. “There’s a lot to get involved in, and you can take whatever you want from it.”

The cloud-adoption initiative has kept Martin and his colleagues busy for the past few years. 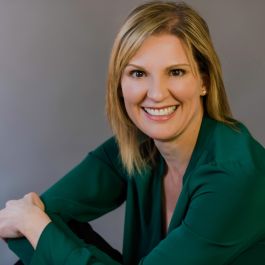 “We’ve been moving our disaster-recovery solution to the cloud, and we’re going live at the end of the month,” said Manager of Cloud and Data Center Jamie Block. Including Martin, Block manages 12 cloud data center team members who are responsible for maintaining the FirstBank data center and disaster-recovery data center, building out the cloud infrastructure in AWS and making those platforms available to software development teams.

This groundwork opens FirstBank up for exciting new innovation, such as containerized deployment of open banking APIs. AWS has hundreds of different products to play with, and it keeps releasing new features and upgrading its environment.

Working in the cloud also allows the team to build automated processes and spend less time dealing with tasks that come with running computers but don’t necessarily benefit the core business, such as maintaining backup computers or air conditioning equipment at data centers. “Now, we’re at the beginning of moving toward infrastructure as code. We want to move people up the stack,” said Block.

Jared Martin’s favorite initiative at FirstBank is the quarterly Innovation Week event. “We stop work on all of our projects, stop all team meetings, quit the daily Agile ceremonies and take time to learn about a new technology and build something in a lab,” said Block. “It’s built a culture of curiosity on the team.” Martin has had a few projects that ended up being implemented in his work. “I integrated some automated code analysis to catch mistakes early on. I spent a few days on it during innovation week and tested it out in a lab. It’s running in our environment now. It’s proven extremely helpful,” said Martin. 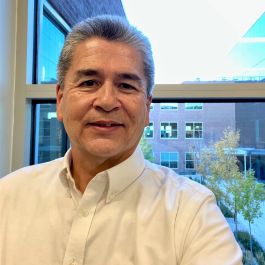 “Cloud years are like dog years. Dogs age faster than humans — so does cloud technology. In traditional technology, new breakthroughs might have happened every couple of years. In the cloud, it’s every few months. You have to get used to that timeframe,” said Director of Infrastructure Tim Meyers. “You have to move fast on the bleeding edge, without bleeding.”

“In traditional technology, new breakthroughs might have happened every couple of years. In the cloud, it’s every few months.”

That speed of innovation has been notoriously difficult for older legacy industries, such as banking, to keep up with. Data is heavily regulated by third parties and audits and migrating to the cloud has been a serious lift for many institutions. Many banks only started in earnest after the Covid-19 pandemic forced their hands.

That isn’t the case at FirstBank. The company mapped out its cloud strategy nearly four years ago and has been working incrementally to make progress since. The company isn’t risk averse and wants to try new things. “We’re not doing anything without proper testing to ensure our products and services are reliable and secure. It’s time for us to shine,” said Meyers.

Built In connected with Block, Martin and Meyers about what it’s like to innovate through cloud adoption and modernization at FirstBank.

What’s the plan? Describe the modernization efforts and cloud adoption strategy at FirstBank.

Director of Infrastructure Tim Meyers: We started looking at the market and establishing a strategy about four years ago. We wanted to do things in the cloud to help the company be more agile, have faster response times and offer new features and functionalities for customers. These new best-of-breed banking applications that are cloud native — that’s the future.

Way back when, if you wanted to install an application you’d need to physically load 50 floppy disks or a CD for each step, and after 2,530 steps you’d be done. Infrastructure as code means you essentially run automation to install that application.

We’re moving away from DevOps and into InfraOps. Our system engineers have been moving their skill sets up that stack, away from doing all the manual stuff at the bottom. It’s a great time for technologists to join FirstBank because we’re not a new company but we’re continuing to grow, reskill, learn and do new things through cloud adoption.

Manager of Cloud and Data Center Jamie Block: Our primary focus for the past few years has been moving our disaster recovery solution to the cloud, and we’re going live at the end of the month. It’s been really interesting and cool. Our goal is that the failover to this other location will be completely automated. One of the biggest transformations for my team has been building our automation skill set and thinking about things more like developers. How do we build it ourselves? How do we make our lives easier with automation?

“We want to move people up the stack.”

Prior to this, we were a traditional infrastructure team. Now, we’re at the beginning of moving toward infrastructure as code. We want to move people up the stack. Rather than physically installing hardware or running cables, operational tasks, we’re building automation to handle those things without human intervention.

Block: What’s great about the cloud environment is that we can set up technology faster by setting up sandboxes — development environments — very quickly. We can spin them up, use them for testing and tear them down. We don’t have to maintain them for years and years. That has helped us build skills faster, and allows us to maintain the level of service that our business requires.

Sometimes innovation might result in a swing and a miss. How does FirstBank handle failure? 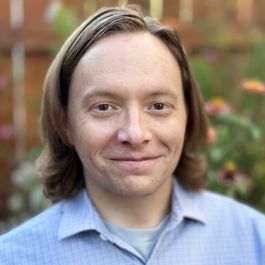 Principal Cloud and Data Center Analyst Jared Martin: We’re pretty good at that. People are encouraged to try new things and come up with solutions to problems. They don’t always work. I’ve spent days, sometimes weeks, on projects that didn’t work out. Or we’ve released things that were working and then problems surprised us and caused an outage. The conversation is always, “How did this happen, what could we have done to avoid it?” FirstBank has a great culture for identifying and fixing problems.

How would you amend the tech startup cliche “move fast and break things” for a traditional bank?

“You might qualify and say that we move fast, break things — and have an escape plan,” said Jared Martin. FirstBank thoroughly plans its new releases, including identifying a point of no return and failsafe to roll processes back to the last time they were functioning properly. “That is where a lot of the automation comes in handy, because we can do that in a fraction of the time it would take to do it by hand,” said Martin.

Sometimes modernization initiatives at large companies are slowed down by lack of buy-in or alignment. How do you get the entire company aligned?

Meyers: When was the last time you physically went into a bank? I go maybe once per year. We need to meet people where they want to be met, and provide customers the experience they want no matter where they are. That’s what is happening. We have to make our technologies better to be more agile and compete with the core service that makes us unique as a regional bank. We have great support from the executives on down through the organization to do just that.

“When was the last time you physically went into a bank?”

Block: I feel totally supported by all of our senior leadership. We hear from them often about how our cloud initiatives align with their vision for where we need to go. We feel like the better we get at this, the faster we can deliver, the better we’re doing for our business.

What is interesting or notable about working on these initiatives?

Martin: First of all, it’s new technology. I spend my personal time playing with computers and testing things out — I enjoy playing with and learning about new things. Second of all, it’s interesting to learn about how everything in our environment works. It’s pretty complex with hundreds of applications and servers. As we move systems into the cloud, we have to figure out how to make all of those systems work. I’ve learned so much about how infrastructure works, how it comes together and what the dependencies are. You aren’t stuck in one single area or one single technology.

Block: It’s rewarding to watch people’s development as they overcome challenges, learn new skills, when they have breakthroughs and figure something out. It’s cool to watch people progress and use a new skill to accomplish something. I love that.

Meyers: I like seeing something start as an idea and come to fruition. Jared does that all the time. He’ll pose a question then come back two days later and have it figured out. It’s also exciting to see the technology transformation. It used to take 10 days to do something that you can now do in 10 minutes and doesn’t involve any people. It lets us focus on the next thing and figure out what else to attack.

How does this work impact a technologist’s career?

Block: Automation is the name of the game. We have scripting skills, we know how to build pipelines. We know AWS, and people with AWS skills know they are hot in the market right now.

“We know AWS, and people with AWS skills know they are hot in the market right now.”

Meyers: Jamie and Jared are great examples of the transformation of the skills in our staff and the impact this work has on your career. Jared undersells himself, but he has rapidly progressed within the company. He’s contributed to our modernization efforts, but continues to grow his career with these challenges and opportunities.

At FirstBank, people are refining skills that are hot in the market. Cloud development. Automation skills. DevOps and InfraOps. We want to keep our people happy here, giving them more responsibility and learning new tech.

Martin: One of the things I love about working at FirstBank is that it is a big enough environment to have interesting problems to solve, but it’s small enough that you’re not stuck working on the same things forever.