The Crew that Gave Way to Peloton’s First Rowing Machine

The Peloton Row was designed to make the complex rowing movement as easy as riding a bike. Meet the team who brought the idea to life.
Written byEva Roethler
Eva Roethler
Senior Staff Writer, Brand Studio at

“It’s as easy as rowing a boat,” said no one ever.

Rowing is significantly more complicated than riding a bicycle. One single stroke is a biomechanical symphony of movements known as the catch, the drive, the finish and the recovery. In the span of 15 minutes of rowing, the body uses 86 percent of its muscles.

It’s a complex movement, and it’s a phenomenal workout. There’s no need to choose between leg day, core day, arm day or cardio — rowing does it all. 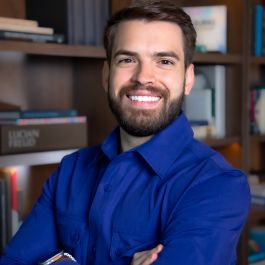 “Cardio has been our heart and soul for a long time, but rowing is the Goldilocks workout. It’s in the sweet spot of cardio and strength, so you’re working your whole body,” said Peloton Interactive Director of Product Design Nicholas Breeser.

That’s why, in 2018, the Peloton Interactive team started exploring the idea of adding a smart rowing machine to its suite of immersive, connected fitness products. The company held a meeting of the minds between several departments — design, software, hardware, content, marketing and more — to determine if the idea was feasible.

“We saw a big gap in our portfolio with rowing. Rowing machines are right up there with bikes and treadmills, so it made sense for us to want to be included in the market,” said Principal Industrial Designer, Mark Kruse.

According to the Sports and Fitness Industry Association in 2021, the number of people rowing indoors has grown by almost 20 percent since 2014. On the sales side, the global rowing machine market is projected to exceed $1.8 billion in value by 2031. People are getting hip to the benefits of rowing just in time for the launch of the new Peloton Row.

The number of people rowing indoors has grown by almost 20 percent since 2014.

Kruse notes that the rowing experience was in need of an updated user experience. But, given a rowing machine’s complexity, how could Peloton make rowing just as easy as, say, riding a bike? How could they bring rowing to the masses — with a Peloton twist?

The team knew the questions, but weren’t sure how to get the answers.

Senior Manager of User Research, Beth Wendt, knew how to get the answers.

Peloton used a research-based approach to design and develop a simplified rowing experience. Wendt, who joined Peloton in 2019 as a senior researcher, helped curate a rigorously objective testing process to identify the best ways to overcome the challenges presented by rowing. 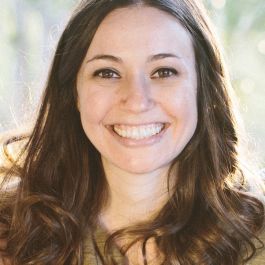 “We quickly learned that rowing is different from using a bike or treadmill,” said Wendt. “You can’t just get on a rowing machine and know how to use it. It’s a complex workout, and the cognitive load is high: a lot of focus goes into your body position and where you should be feeling it — on top of all the other things that you’re paying attention to during a workout with instruction. We worked closely as a team to figure out how to combat those challenges through our content and software features to ensure that this product would be beginner-friendly.”

What makes a beginner-friendly rowing machine?

After years of development and testing, the Peloton Row has assembled a machine with an arsenal of features to help guide users through proper form, regardless of their experience level. The sensors on the Peloton Row detect form and the innovative feature, Form Assist, offers live feedback for improvement with long-term progress metrics available, enabling users to stay motivated over time.

In the early days, before the Row had taken its final form, the team was hacking together Erector Set-like prototypes in a makeshift lab inside a treadmill photo studio. Wendt’s team focused on fine-tuning the testing process for maximum efficiency, so the team would be able to identify the best way to address rowing’s biggest obstacles. 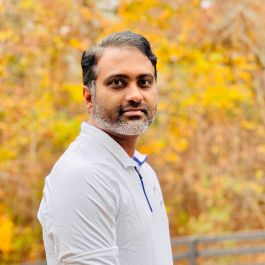 “There was a real method to what we did,” said Engineering Manager Santhosh Mankala, who joined the project in 2020. “We were building out prototypes, getting them evaluated by real users, and then building upon our prototypes based on their feedback. Hence the elevated and refined state of a couple of our hero features: Form Assist and Pace Targets.”

“We were building out prototypes, getting them evaluated by real users, and then building upon our prototypes based on their feedback. Hence the elevated and refined state of a couple of our hero features: Form Assist and Pace Targets.”

At the onset of the project, Wendt envisioned a monthly testing cycle, but it became clear that some aspects could be done in a more quick-and-dirty fashion. 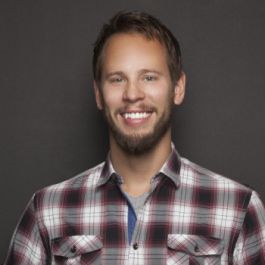 Then the pandemic hit — posing a massive challenge for a team building a physical product. The team said goodbye to the photo studio and tried to regroup virtually. “We had to leverage  Zoom, Miro and Slack to collaborate and align with design critiques and evaluations. It was hard. But it was impressive to see everybody lean into it and stay committed,” said Kruse.

“Fortunately, we all connected and had productive weekly stand ups,” added Wendt.

After a few months, the team’s testing operations landed in a Secaucus, New Jersey, warehouse. Due to Covid restrictions, on-site access was limited, requiring the team to move forward with a skeleton crew, bringing in participants to test out the Peloton Row one at a time. They followed all necessary precautions to ensure on-site facilitation while Wendt moderated the sessions from her home. “It was certainly a one-of-kind experience, but we got useful feedback,” said Kruse.

With increased caution toward real-life testing, Wendt’s research became even more imperative to ensure the teams were testing prototypes as efficiently as possible. 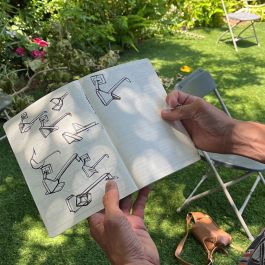 One of the biggest challenges in the physical design came from the need for the product to be stowed when not in use. “It impacted a lot of the design. We tried to improve on the center of gravity of the product, wheel placement, wheel diameter — you name it,” said Kruse.

This challenge highlighted one of the team’s greatest strengths: fast and effective iteration. “I distinctly remember this one day we were having people stow the prototype themselves. With every round of feedback, Mark was on the other side of the warehouse 3D printing a handle with adjustments for the next participant. We were iterating on the fly,” said Wendt.

“I remember people who tested the Peloton Row seat for the first time stating that this was the most comfortable rowing seat that they’d ever experienced. And that was a goal from the very beginning. At the very first brainstorm, we mentioned ‘comfortable seats’ because everybody complained about how uncomfortable rowing seats typically are,” said Kruse.

“Peloton is where content, hardware and software meets fitness,” said Breeser. “Our biggest point of differentiation on Peloton Row is the number of new patented features on the product. We knew there were a lot of barriers when it came to rowing that we wanted to take down, and there was a lot of room for innovation.”

The Peloton software team leveraged their skills to overcome these challenges with its hero features, such as Form Assist.

“It was an intriguing software challenge,” added Mankala. “How do you build something with a limited amount of data and limited amount of sensors and come up with an entire body position and body representation of a person? These challenges are what excited me most about developing the rowing modality.”

“How do you build something with a limited amount of data and sensors and come up with an entire body position and body representation? These challenges are what excited me most about developing the rowing modality.”

But the answers weren’t all immediately obvious. For one, they needed to figure out a way to keep members engaged and motivated during their workouts.

“Pace targets came a little late in the game, and I was glad with how we scoped it out, used it as a target and finished it on time,” said Mankala.

Bike content has cadence and resistance. Treadmill content has speed and incline. Row content initially focused exclusively on stroke rate, but if a user doesn’t know how to row, hitting a fast pace is difficult. The team needed a different way to measure intensity when the instructor tells members to “row all-out.” Something more personal.

Developing the feature happened at a fast pace of its own. By the time this idea came around, the team had been working on the product for years, fine tuning their feedback loop to work like a well-oiled machine.

In September 2022, the Peloton Row was announced to the public. The team headed to a showroom to see the first machine on display, and there was already a small crowd gathered. “It was great watching people use it and compliment how easy and comfortable the product is,” said Kruse.

“From a software design side, it’s fun to have a vocal member community behind our products,” said Breeser. “At Peloton, when we launch a feature we have thousands of comments on the announcement post on social media telling us exactly what everyone thinks about it. People don’t think that the designers are reading their comments, but we’re reading every single one of them and thinking about why we design it that way.”

“At Peloton, you launch a feature and you have thousands of comments on the announcement post on social media telling you exactly what everyone thinks about it.”

Over the course of the four-year product design and development, the reach of the project grew exponentially. It started with a small agile team including Breeser and Kruse, and ended up touching every department across the company.

“I got to immerse myself in the research and relationships with my cross-functional partners to build this happy harmonious team that created an amazing product,” said Wendt. “It was exciting to be dedicated to one massive project. You’re just never going to get bored with what you’re working on. On top of that, everything that we’re working on ultimately helps people get active.”

“This was the third product I've been able to develop at Peloton, but it was my first time with a full research team backing us,” said Kruse.

The project facilitated personal growth, too. Since working on the Row design, Kruse, Breeser and Wendt all grew from individual contributors into leadership roles.

“I went from being the only designer on the rower — living and breathing the software alone — to leading others as a manager. It’s really cool to see my team take their design skills and put them to the test on this product and its unique challenges,” said Breeser.

Working at Peloton presents a rare opportunity for engineers and designers looking to make a real-world impact. “You can iterate 100 cycles, and no one is going to tell you ‘no’ because the more information you gather, the better and the stronger your case is,” said Kruse. “This is a unique company to work for. I can’t think of another company that has such a well-rounded balance of industrial design baked into a singular product. And we do it again and again; it’s a lot of fun.”

“You can iterate 100 cycles, and no one is going to tell you ‘no’ because the more information you gather, the better and the stronger your case is. This is a unique company to work for.”

Though the product has launched, Wendt says the work is not over. “We are continuously wanting to create the best possible experience as we continue to get feedback along the way.”