A love of music and artistic discovery formed the backbone of “Emma’s Listening Party,” a content series for indoor cycling classes on the Peloton platform. But talent and teamwork pushed it past the finish line.
Written byStephen Ostrowski

Equipment, attire, environment — they’re all factors that go into ensuring a workout fires on all cylinders. But there’s no brand of cross-trainer or sweat-wicking T-shirt or sleek gym that can have as transformative an impact on a session as the music.

And it’s the cornerstone to the experience for members of Peloton. As employees on the fitness company’s music and content teams note, instructors don’t push members across the finish line of a workout — they motivate them by adding the intangible dimension of the perfect soundtrack. 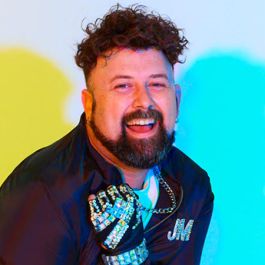 “While our instructors are there to lead and guide with all the technical aspects and inspirational elements, the music is really the backbone. It can signal to you whether this is going to be a chill moment or a time where you’re really going to put your all into it,” said John Michael Di Spirito, producer of music programming and in-house DJ.

Peloton routinely introduces new series — cycling, strength, yoga and running classes based on one artist’s catalog, as well as programs that incorporate a range of genres spanning the decades to get members moving. But a little over two years ago, the company took a unique route with the debut of Emma’s Listening Party. Instructor Emma Lovewell had been getting rave reviews of her integration of indie music into her normal classes and the content leadership and music teams leveraged that reaction to pitch an official signature series, meaning only Lovewell could teach the class. 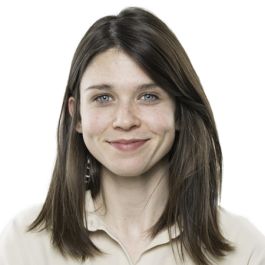 “Emma was receiving some feedback from members about her classes having a different, more indie vibe — not things you might hear on the radio — and they were wanting more of that from her. At that time, we didn’t have a music genre that could speak to those things,” Producer Meg Pope — formerly Lovewell’s producer — said.

The pitch required the music team to sign off since they would be required to help Lovewell source these underground, emerging tracks. Over time, Lovewell and the music team began uncovering tracks and crafting playlists that incorporated them in her sessions, while simultaneously working with the content team to crystalize a vision for a new class. Then in fall 2019 they got the green light to formally title those classes as “Emma’s Listening Party.” Across two seasons and twelve total episodes, the team members worked with Lovewell to get riders moving to recording artists across a gamut of styles.

“We love to say, this is not your Top-40 type of ride. But you are going to find every genre,” Music Supervisor Valerie Braaten said. “Emma works hard to have a wide range of genres. It’s all either indie or emerging artists.”

And while the tunes were front-and-center, the behind-the-scenes teamwork across music and content teams — and externally with labels — is just as much a story as the music itself. 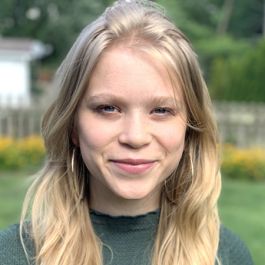 “As one person, I can only discover so much, so with my colleagues’ fantastic taste in music and their connections in the music industry, we were able to discover so many more up-and-coming artists,” Lovewell said via email. “DJ John Michael and Val and I would have a weekly meeting to discuss new music and it was by far my favorite meeting every week.”

Below, Pope, Di Spirito and Braaten shared how the successful realization of “Emma’s Listening Party” came down to mutual creativity and a strong conviction to give emerging artists a bigger platform on Peloton.

First off, why is music such an integral part of the Peloton experience?

Di Spirito: The ability to craft such a great playlist that is in sync with the fitness programming is one of the greatest things that the instructors do. Sometimes they’ll pick songs, or sometimes Val and I will send them songs based on lyrical content, which they’ll know is specific for certain parts of the ride or specific to a certain type of ride. They’ll let a lyric play and then weave it into what they’re imparting to our members to motivate them during class. It’s a symbiotic relationship.

Braaten: Music can take a somewhat unpleasant experience — which to me is cardio  — and make it so much more enjoyable. It also can aid in music discovery or rediscovery. It feels like you’re not just working out — you’re also engaging with culture.

Pope: While it is the instructor leading the class, music plays an equal role. One can’t exist without the other. The music gives the instructor a vibe and a mood — it changes their performance so that they’re able to enhance their motivational pieces. I think powerful music coupled with our motivating instructors is what sticks with our members most.

What was the reception to Emma’s Listening Party?

Pope: We knew it probably wouldn’t be the biggest class at Peloton. It was a series that was designed to be a music discovery tool, which we didn’t have at the time. It was for music aficionados. We did six episodes in the beginning and the members were like, “When is it coming back?”

Braaten: We had a lot of members in Reddit threads geeking out over it. Emma is an instructor who people really trust unconditionally with every music genre. There are a lot of instructors who have specific genres that are kind of their niche. Emma can do it all.

Di Spirito: We would often find artists that were local to specific areas or communities, and people would get very excited, saying things like, “I can’t believe that Emma played this band.” We started getting messages and seeing posts from people who were so excited to get a little bit of hometown pride through the classes.

How did the collaborative process unfold?

Di Spirito: It starts with Val, Emma, and I working off of a playlist of songs that we like at that moment. I’ll usually pick indie pop and dance music that I know is bubbling up. Val comes in with more of the indie hip hop and indie rock vibe. Then we come up with a solid playlist that hits all marks; that way, members aren’t just getting one genre in the class. Emma takes it from there and puts together her class plan, and then the content team works their magic to make it all happen and look pretty.

Pope: The content played a big role in launching and defining the series, including determining the class description and title. From a producer’s perspective, I would sit down with Emma and work on her intros or outros. The playlist and the class plan is really the music team and Emma together. Val would provide a research packet to Emma about the artists, which included anything that she could integrate into it so that it is like a music discovery tool. Emma would comb through those things and opt for what she wanted to include.

Braaten: Also, for every song we play on Peloton, we need to license the rights to the recording and the composition. A lot of John Michael’s and my collaboration includes working with different indie writers, publishers and labels to make sure we can get the rights to the music we want — which means, of course, paying all contributors properly for their music.

While Emma’s Listening Party gained great feedback, one story especially resonates with Lovewell: “I got a message once from a woman. After taking a Listening Party ride where I featured King Princess she, at 40 years old, loved the track and decided to look her up. She found out King Princess was playing at a venue a couple hours away from her and spontaneously bought herself a solo ticket. She said she missed live music and wanted to do something out of her comfort zone. So the night of the show she drove hours to the venue and danced her butt off at a King Princess show, saying she was the oldest person there, but didn’t care and had the best time. I really love that story.”

What do you think makes the collaborative process work well?

Di Spirito: All the different departments we work with at Peloton are very good at what they do. We know what our strengths and weaknesses are. Val and I can sit here and talk music all day and make relationships happen and do all the research for publishing. When Emma is comfortable with the direction, then the content team comes in. They elevate the class to the next level and make sure that the full vision of what it actually looks like is going to be in synergy with what it sounds like.

Pope: It’s a mix of patience and respect for each other’s processes. We understand how the music team needs to work and they understand how we need to work. As a producer, I have such an attachment to getting a green light for something that an instructor really wants, as well as when the music team gives the green light for something big and exciting.

Braaten: Aside from the fact that it creates a synergy that shows on the platform, the meetings between Emma, John Michael and myself are exciting because we get to listen to music and geek out about it together. That’s what makes the content work; it comes from a deep passion for music, and it’s actually fun to do. For anyone who’s a music nerd — which is a lot of the people I surround myself with —  it’s really exciting content to work on.

“That’s what makes the content work; it comes from a deep passion for music, and it’s actually fun to do.”

Is there one moment that stands out in your mind from this experience?

Di Spirito: Every time a class would go on demand, members would get so excited about the music. There are so many different instructors programming so many different types of music, so to get a little community going around that — which is again at the heart of what Peloton does — was an incredible experience and felt very special to me.

Pope: For me it was seeing something that we had been talking about for two years come to life. Being able to reach an audience and have them feel what you are going for makes it all worth it.

Braaten: The music discovery aspect is exciting. But also, when you hear music that deserves a wider audience and you’re able to provide that to the artists who created it, that is really gratifying.