At the Intersection of Legacy and Innovation, CNA Is Transforming Insurance Technology

Insurance is an aging industry ripe for digital innovation. At CNA, APIs and data-backed analytics are paving the way for a booming insurtech field.
Written byAnderson Chen
Anderson Chen
Staff Writer at Built In
Anderson Chen is a Built In staff writer covering tech companies for Brand Studio.

The insurance industry in the United States is older than the nation itself.

The first American insurance company was the short-lived Friendly Society of Charleston in 1735. The second, born from the bright mind of Benjamin Franklin and the societal fear of fires in the dense City of Brotherly Love, is the long-standing Philadelphia Contributionship for the Insurance of Houses from Loss by Fire.

Over 270 years later and just under 800 miles away, a modern counterpart in Chicago called CNA — one of the largest property and casualty insurance companies in the U.S. — is pushing the tech boundaries of what’s possible for the legacy industry.

Today, insurance is one of the biggest markets in U.S. society, commanding a $2.3 trillion premium total in 2021 and covering everything from worker’s compensation and automobiles to healthcare and liability — a far cry from what the founding father had initially envisioned.

In the digital era, insurance tech has also surged to the mainstream. CNA, which was founded in 1897, is utilizing modern tools and emerging technology to redefine the potential of insurance underwriters and coverage, all while keeping true to Franklin’s original endeavor: using innovation to drive consumer and business protection.

In an interview series on CNA’s YouTube channel, Senior Vice President of Small Business Underwriting Steve Marohn describes an evolving ecosystem where the intersection of tech, data and systems enables a more efficient insurance experience for users. At its core, the insurance technology sector is about improving the overall journey of buying and selling insurance, including factors such as distribution, underwriting and processing claims.

While colonial Philadelphians bought into the concept of insurance out of an understandable fear of property loss, the Covid-19 years marked a similar milestone in waking up the aging insurance industry. With a new environment of post-pandemic volatility in supply chains, public health and inflation, insurance leaders must also pivot to adjust to new market conditions. 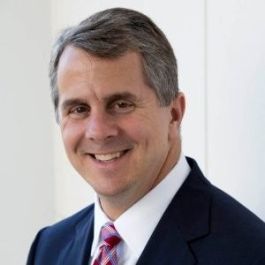 “Expertise is most impactful when supported by the right technology,” CNA Executive Vice President of Worldwide Claims Dan Franzetti told Leader’s Edge back in September.

At the heart of CNA’s analytics engine is CNA Claims, where data-backed insights and learning help fuel the knowledge of the company’s claims professionals. It’s a modern adaptation of the predictive potential that insurance companies have always held: using analyses of the past to generate future plans, and the right price for premiums.

Back in 1752, Franklin modeled his insurance company after similar firms that already existed in London, then one of the innovation capitals of the world. In the Windy City, CNA aims to be an equivalent beacon to the emerging insurtech industry. Though the company has a 125-year-old history, it looks to its veteran experience as an impetus for innovation instead of a source of friction.

“This funding has allowed exponential growth of innovative startups looking to drive efficiencies in shopping for, quoting, issuing and even servicing insurance,” he said in the interview.

“We believe that the boom in insurtech makes it easier for agents, policyholders and insurance companies to communicate with each other and improve that friction that’s been in the insurance process.”

The positive ripple effect of improving efficiency and consistency in all parts of the apparatus ultimately leads to reduced cost for the policyholder and a more appealing insurance ecosystem to both customers and investors. In a report by accounting firm EY, the insurtech firms that saw strongest growths had “leading-edge capabilities in AI, big data, application programming interfaces and digitalization across the value chain.”

As a major player in the field, CNA sees the success of competitors as a strategic tide that lifts them all, especially as one of the early trailblazers of tech-driven insurance life cycles that stands atop the cresting wave.

Much like the way Benjamin Franklin gathered prominent citizens for his primordial mutual insurance company, Senior Vice President and Global Chief Data & Analytics Officer Santosh Bardwaj recognizes that a tech-cemented foundation is only as good as a bottom-up leadership style that ensures total buy-in of a progressive vision. 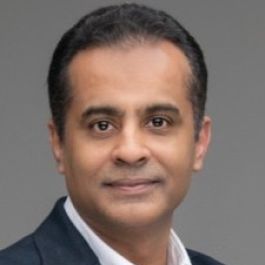 Having led global fintech companies such as Discover and Capital One in their digital transformations, Bardwaj championed the company’s approach to Built In Chicago in March 2021. “While a top-down leadership approach has proven successful in modeling that prioritization, bottom-up leadership is critical to bringing our teams along on the journey and fostering innovation.”

With a sense of ownership, company-wide adoption of new tech and initiatives by employees will naturally propagate more quickly. Bardwaj’s past roles have become guiding principles as he pivoted from a management style that focused on the product to one that shaped company culture — which includes leading through DEI initiatives.

For leadership to pioneer innovative products, the teams behind the roadmap must also feel like their voices are heard. Part of CNA’s bottom-up leadership is being intentional in the development of DEI initiatives, which includes employee input spotlighted by DEI thought leadership and senior leaders.

Senior Vice President, HR Business Partner and DEI Council Chair Heather Giordano described the company’s approach as a multi-pronged strategy for inclusion. “We have a structure in place that truly unites and mobilizes senior leaders in the form of a DEI Council, a team of resident DEI subject matter experts, and a highly diverse spectrum of colleagues across the entire enterprise,” she told Insurance Business this past March.

The importance of leadership is a vehicle towards a broader mission for CNA, which leverages its early adoption of APIs and data analytics as a competitive advantage. Assistant Vice President of Data Science Bill Stergiou emphasizes the same priorities when it comes to his data team, a crucial component of CNA’s innovative products.

“Our team is lucky to be able to work on interesting challenges that require out-of-the-box thinking,” he told Built In Chicago this past April. “For example, we create a lot of our own statistical techniques that are tailored to the problems we are trying to solve, instead of relying on standard statistical packages that don’t always fit our needs.”

Adapting to a Digital Age

As one of the early adopters of API-driven support of insurance producers, CNA isn’t content resting on its laurels. While a blossoming insurtech sector benefits all players in the field, it also means encroaching competitors energized by an influx of capital. 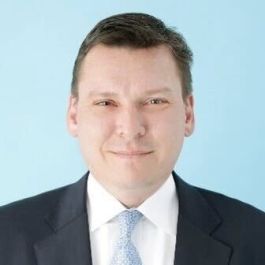 “We’ve been improving the technology along the way,” Senior Vice President of Small Business Underwriting Steve Marohn said in an online panel interview. Aside from core APIs, the company has also developed microservice APIs that allow agents to connect with distribution partners throughout the quoting and buying journey.

CNA Central, the company’s nexus platform, has traditionally been the manual hub for agent operations. To flex more versatility in how its insurance agents can collaborate with partners, the team hopes to grant the same functionalities through API tools.

“Our thought process is, if you can do it on CNA Central, you should be able to do it on an API connection,” said Marohn. “So for our leading products, we offer the same classes and coverages via API as we do in our agency terminal.”

As for what that looks like in execution, Assistant Vice President Head of Digital Distribution Mike Donner summarized it as meeting distribution partners how they want to be met. In the arena of insurance distribution, the company’s modular APIs truly shine, with tools that can be embedded across different use cases.

“We work with independent agents who have built their own user interface and want to quote directly with us using our own APIs,” Donner said. “We’re also integrated with most of the major single-entry, multi-carrier quoting portals available.”

“We’ve been improving the technology along the way.”

What Donner briefly outlined in the interview is but a snippet of the tech-powered potential divined by Franzetti in his magazine piece. The team is also constantly monitoring the market for possible integration nodes that align with the value proposition for its agents and brokers.

Despite its centuries-old history, CNA is probing for opportunities with the tenacity of a scrappy startup equipped with an arsenal of evolving tools and data-fueled analytics. Just as Franklin and his trailblazing insurance company went on to birth one of the country’s premiere industries, so too does CNA aim to bring its historic roots to the forefront of the digital age.