Leaf Logistics’ Team of Exceptional, Low-Ego Data Lovers Is Hauling the Freight Industry Into the Future

The experienced team of troublemakers behind Leaf Logistics is disrupting the $1T American freight market with cutting-edge data science. With a remote-first, no-ego culture, the team is growing fast and solving new problems every day.
Written byBrigid Hogan
Brigid Hogan
Staff Writer at Built In

“Imagine you had to book a hotel room, and the website offers a $150 quote. But then the night before, you have to take that quote back to the website to actually book the room, and the hotel says, ‘Wow, that was a great rate we gave you. Sorry, no rooms!’

“Believe it or not, before Leaf, that was how the trillion dollars in trucking across the United States was contracted,” said Leaf Logistics’ Chief Data Janitor Bryan Schulte — whose title gives a sneak peek into the company’s no-ego, rule-rejecting culture. 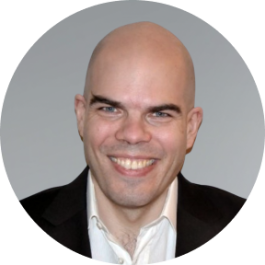 Schulte has wanted to innovate the U.S. freight industry for over a quarter century. “Twenty-five years ago, we built the first version of the tools people use for buying and selling truckload capacity — Andrea, too,” Schulte said and paused to gesture to his colleague Andrea Pope. “We worked on that for a few years and then went to do other things, but I kept bumping into this problem. I’d pick it up on nights and weekends, but I couldn’t quite figure it out.”

Then Leaf’s CEO Anshu Prasad called. The solution clicked into place for Schulte. “I thought, ‘Yes, this will solve the problem. It’s time to go do this.’ This is what my entire career has pointed toward. And now we can see change happening.”

“Leaf has been built to plan, schedule and coordinate the way trucks move across the country.”

The solution can seem straightforward on the surface. Companies enter a contract with a trucking company for consistent and regular shipment at a set price. Leaf then is able to analyze those shipping patterns to build a shipping loop — when a truck is unloaded at its destination, another load is located to return to the city of origin. More sustainable, more efficient and, crucially, better for the driver.

“The driver knows exactly what they’re doing,” Schulte said. He ticked off the benefits on his fingers. “They know exactly how much they’re going to make. They don’t drive empty miles. It’s 40 percent cheaper, and life has gotten a whole lot better. Leaf has been built to plan, schedule and coordinate the way trucks move across the country so we can get to that world.”

After the onset of the Covid-19 pandemic, global consumers are more aware than ever of the inefficiencies across the supply chain. With a trillion-dollar industry to transform, Leaf Logistics is ready to support rebounding economies and avoid additional disruption across the system. While strides have been made in digitizing processes and updating technology, only Leaf is taking an entirely new approach to resolve those inefficiencies with machine learning. 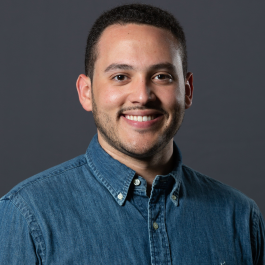 And the work is moving fast. “It feels like a rocketship,” said Head of Finance Juan Mejia. “We’re watching it happen before our eyes.”

When Mejia joined Leaf as “employee twenty-something” two years ago, his colleagues’ passion and ability stood out immediately. As the company continues to steadily grow with sights on long-term sustainability, Mejia is proud to continue to add talented colleagues that support the rocket-ship goals.

“We all come with our own superpowers — all working towards our mission,” he said. “It’s been awesome to support bringing the project to fruition and bring in new people who add unique perspectives and empower change.”

Diving happily into the unknown

“The problem we are trying to solve has no currently known solution,” Schulte says. “We are pushing the frontiers of human knowledge in how to do the clustering and network solution problems that we’re after. It’s an intellectually interesting challenge because it turns out the problem we want to solve is a little bit different than what the classical algorithms solve for.”

How is Schulte’s team solving those clustering and network problems?

“Duct tape and baling wire,” he said. “When you go out to the frontier of human knowledge, what you find is a lot of duct tape.” 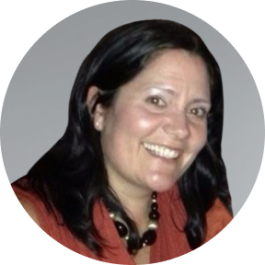 “It’s a brand new space,” agreed Head of Solutions Andrea Pope, who is focused on the 2.7 million routes at the heart of Leaf’s efforts. “We don't really know what we’re up against until we get to the next step, but that’s what makes it fun.”

“We’re changing every detail of how the industry operates, and we’re doing it today.”

When the transportation grid that Leaf coordinates is put to work, though, the benefits are enormous — not only for US truck drivers, shippers and trucking companies, but also for the planet.

“All of the 30 to 50 percent of trucks driving empty are basically wasted CO2,” Pope said. “In a trillion dollar marketplace, that’s a huge number of miles each year. So pure reduction in empty miles has a huge impact.”

The Leaf team is making that impact while fostering a human-centered approach to the workplace. “As a remote-first workplace, we are working across timezones, and everyone has their own preferences and family concerns,” Pope said. “There’s a lot of ownership in how people do their work, as long as they get the job done.”

According to Pope, the tight-knit company culture promotes collaboration within the flexible culture. “It’s a small team compared to the places many of us come from,” she said. “There’s a lot of communication and cross-functional collaboration based on more than just hierarchy or which team we sit on. Folks support each other to be successful, which leads to greater success for everyone.”

“Change is the only constant”

Not everyone at Leaf has two decades of solving macro supply chain problems under their belts. For Mejia, Leaf Logistics was his introduction to the world of trucking. But that was no barrier to arriving ready to create change.

“I came in from the world of startups,” Mejia said. “And there’s the line I always throw around, ‘You have to be comfortable with being uncomfortable.’ We’re talking about doing things this industry has never done, and change is the only constant we are going to see.”

When Mejia first met with Leaf’s leadership team, he knew it would be an opportunity to join a culture that aligned with his approach to change. “We treat each other as humans with a culture of respect — and that comes from the leaders,” he said.

From the beginning, Mejia said, he found colleagues at Leaf open to suggestions from across levels within the organization, regardless of seniority. “We come into the situation with humility and an openness to every idea,” he said. “When you’re working on something no one has done before, we need to see what works, and we are dragging shippers along with us. We’re changing every detail of how the industry operates, and we’re doing it today.”

“We’re not bound geographically. People are able to be their best selves because it allows them to access the life they want to live, whether they want to rock climb or go to a club or lay on the beach. That allows us to give 110 percent at work when we are online.”

Leaf’s remote-first structure, too, has contributed to a diverse and open culture.

“We’re not bound geographically,” Pope said. “People are able to be their best selves because it allows them to access the life they want to live, whether they want to rock climb or go to a club or lay on the beach. That allows us to give 110 percent at work when we are online.”

“Diversity in people means diversity in ideas,” Mejia added in agreement. “I’ve always lived by that, and it’s pretty obvious here that it works.”