At Kaia Health, Everyone Makes an Effort to Build Authentic Connections

When Glenn Garriock dialed in for the virtual interview with Built In, he made a quick apology to everyone on the call.

“It’s past six in the evening here, so there will be kids screaming in the background and dogs shouting in the yard,” he said. “Sorry if I mute myself occasionally!”

That’s because — even though colleagues Muriel Sandel and Ross Greenberg were in the middle of their work afternoons in the U.S. — Garriock lives in the small German village of Uetz, where he works remotely for digital therapeutics company Kaia Health as chief design officer. As he slid into his desk chair with the sun setting behind him, the fading light illuminated family photos and crayon drawings made by his children on the wall. It was clear this wasn’t just a working space: Garriock was settled into his home. 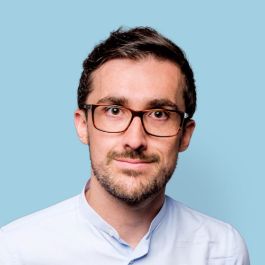 “Kaia was the first company I joined full time pre-pandemic after consistently freelancing since 2009,” Garriock elaborated. “When I discussed the idea of joining Kaia with the CEO and told him I’d have to stay in my weird little German village, he immediately said ‘Yeah, that’ll be fine.’”

While such a welcoming response from leadership might come as a surprise to many working in the competitive tech industry, individuals at Kaia are shown the grace of flexibility from day one on the job. As a remote-first company with people scattered across different time zones and countries, employees are encouraged to structure their schedules around their own lives — even when the unexpected happens.

“Our overall mission at Kaia is to democratize healthcare and our ultimate goal is to empower people all over the world to take their health into their own hands — literally,” said Ross Greenberg, employee experience manager. “Oh! We should write that down. ‘Into your own hands’ — because we’re an app. Wow, suddenIy I should have a new job on the content team!” Greenberg joked.

During Muriel Sandel’s first two weeks at Kaia as a software engineer, the company had organized a travel experience for new hires to visit the New York office and meet the team in person. It was the first company Sandel had ever joined fully remote. Even though she had spoken to many of her colleagues via Google Hangouts and Zoom, this extra effort to make sure she felt integrated and comfortable made a big difference in understanding who her co-workers were as people. 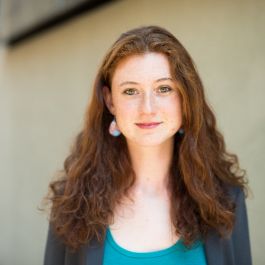 “There was a moment during the trip when I realized I needed to go home for a family matter — back in Switzerland, where I’m originally from,” Sandel said. “I started giving my manager context about why I needed to travel to Europe for 10 days and promised I would make the time zones work before he interrupted and said, ‘I’m happy to talk about this if you want to, but you don’t need to tell me anything more than you need to go.’”

“Being able to have that honest conversation with my manager even though I had only just started was huge,” she added. “It set the tone very early for me what the experience at Kaia would be like.”

Kaia Health applies AI technology to connect people with chronic illnesses to affordable, accessible care. Founders Konstantin Mehl and Manuel Thurner were inspired to start the healthtech company after years of personal suffering from chronic back pain — something Glenn Garriock has also experienced since 2006. Through its digital programs, Kaia Health works to bring relief to more than 400,000 patients.

When Ross Greenberg initially joined Kaia, he was cautious. As employee experience manager, his role would be focused around people, and he was afraid working remotely without having face-to-face interactions would hinder his ability to get a sense of the culture and continue building it out. 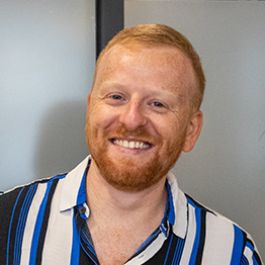 “However, my anxiety was quickly wiped away,” he said. “My manager set up my one-on-one meetings with the team, and then I was literally picking names out of random Slack channels because I love knowing everyone’s name within a day. I had this notebook where I was taking all these ridiculous notes — it looked like A Beautiful Mind — highlighting keywords that someone said or enjoyed. Within two weeks, I felt like I’d been here for so long.”

Get Alerted for Jobs from Kaia Health

Now, Greenberg is paying his enthusiasm for authentic connections forward through initiatives that he’s helped develop like international travel trips, team-bonding budgets and continuous learning stipends. This October, he’ll get to meet Garriock in person at Kaia’s second headquarters in Munich, where company managers are gathering to exchange ideas and create aligned strategies heading into 2023. And thanks to the company’s fervor behind relationship building, he plans on showing off his newly-acquired “creative smartphone photography” skills after a recent workshop courtesy of the team bonding budget.

“Here, I genuinely believe that I’m given the freedom to get my job done — whether I’m working from home or I’m in the office,” Greenberg said. “I keep laughing that my one year is coming up because it really, really feels like I’ve been here for forever in the best way possible.”

“Building a culture within a mostly remote company is challenging because personal connections require a little bit more effort on all parts. But at Kaia, everybody seems to be quite happy to make that effort.”

Enhancing the Employee Experience, Regardless of Tenure

A little support has proven to go a long way for Sandel at Kaia Health, who is utilizing the company’s annual $1,500 learning and development stipend to earn her master’s degree online. But it’s not just the financial aspect that’s helping her feel empowered as she studies in her off-hours time — it’s the internal systems of support thanks to the company’s connected culture and focus on continuous development.

“My manager put together a book club for senior engineers on our team, because being a senior software engineer specifically is a turning point in many people’s careers where either they go into management or they stay on the technical track,” she said. “Before we even start thinking about which career direction we want to go in, my manager wanted to have discussions about what the technical track beyond senior engineer could look like — and to define it in a way where engineers have a clear idea of how to be successful.”

To Sandel, the extensive company benefits and leadership support have been more than the traditionally expected perks during her year-long journey at Kaia so far. They have been a lifeline of connection in a newly virtual world. Quarterly company-sponsored online gaming sessions, cocktail classes and virtual cooking lessons have all helped her create a sense of home away from home.

“I grew up in Switzerland and my first language is German,” she said. “Being at this company is like a hybrid between the two places, and it’s nice to see that we really lean into having a unique culture made from so many backgrounds. During the holiday cookie baking class we took as a team, everyone quickly realized that there’s a big difference in ovens between Europe and the U.S.”

Sandel believes these are the kinds of conversations that feel important to the company’s cultural vision — enjoying a funny moment that happens naturally between people, but wouldn’t have just happened in a standard workday meeting.

“It’s cool to see how Kaia is proactive about offering the budget, but also how managers are going out of their way to help people use what’s available in really meaningful ways.”

“We’re not reinventing the wheel with the type of therapy that we deliver — we’re just trying to make the delivery of therapy more accessible.”

Leading With Confidence — From Anywhere

Untraditional creativity seems to be a part of Garriock’s professional DNA. As a Scottish-born, German-raised designer living overseas in a small village, he brings a unique perspective to Kaia’s mission to reshape the standard approach to healthcare and physical therapy. After all, it’s not every day that a healthtech professional casually mentions that he lived in a renovated aircraft hangar for five years — and that a German TV show filmed an episode about it.

“That’s an entirely different story for the next interview,” he laughed. “I’m just giving you a preview for next time.”

It’s also not every day that a team leader like Garriock admits he had no direct experience as a manager up until his current role.

“I had been working autonomously with a lot of freelance experience for so long, so I used my development stipend for one-on-one coaching for my managerial skills,” he said. “It helped me develop much faster in this role and be able to confidently look over eight direct reports now.”

However, that’s not the only time one of the company’s benefits has come in handy during Garriock’s tenure. Through Kaia’s strategic partnership with Desana, a collaboration company that helps employees find flexible working spaces from anywhere, Garriock has been able to enjoy his international approach to work seamlessly while always being available for his team when they need him most.

“Last month, I was planning on going to visit my home country and work in Edinburgh,” he said. “I went onto the Desana app to find a co-working space so I wouldn’t have to work at my in-laws’ house, and there were zero locations in the app. After reaching out to their support team, they added seven places for me to work within 48 hours that were even dog-friendly.”

“Because of Kaia’s focus on international collaboration, I got to work in Scotland without having to pay for access or any added interruptions to my workflow and see my family,” he added. “Even though being located across different time zones means we have a short window to work as effectively as possible together every day, I still always feel connected to that collaboration.”

Get Alerted for Jobs from Kaia Health
Responses have been edited for length and clarity. Images provided by Kaia Health.
Brand Studio