Remaining on the cutting edge is predicated on investing in team members’ learning, growth and development.
Written byStephen Ostrowski

On a mazy race track, two cars sprint out of the starting line. Even as one takes a comfortable lead, tension mounts at each tight turn, the specter of straying off track lurking just one sharp bend away. Despite a last-lap stumble off the course, the lead car coasts to a victory.

It sounds like a scene from your typical automotive race, but it’s not. It’s actually the championship round of the 2021 Amazon Web Services DeepRacer, the global competition in which technologists flex their machine learning savvy to guide autonomous cars to victory.

It’s an initiative with which JPMorgan Chase is well-acquainted, having claimed the top two spots in this year’s virtual race among a field of 70,000-plus participants representing hundreds of companies. But participating in the global competition isn’t just an opportunity to have fun and earn some bragging rights. At JPMorgan Chase — which boasted more than 3,200 team members in this year’s qualifying rounds — it’s a crucial vehicle for upskilling employees and finding new ways to apply machine learning to fintech. 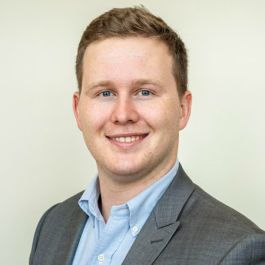 “Essentially what you’re doing behind the scenes is building a convolutional neural network to be able to take all these inputs from the car’s cameras, and you design a very simple reinforcement learning reward function to be able to govern what the car should be doing to get around the track,” software engineer Tyler Wooten explained.

Wooten’s well-versed in the event, having notched a seventh-place win this year as one of the competition’s 40 finalists. For him, participation is a valuable way to deepen relevant skills that can inform subsequent on-the-job contributions — and, in the process, spread the knowledge he’s gained through multiple entries into the event.

“JPMorgan Chase wants you to learn, and then wants you to go back and teach everybody as well. And that’s a lot of the path I’ve taken in DeepRacer,” Wooten said.

While such a project may seem more tailored to innovators in the auto industry than fintech, leaders at JPMorgan Chase recognized early on that development, upskilling and professional growth opportunities must be tailored to a variety of different learning styles when operating a technology organization of their size. According to Lauren Kucic, head of culture change and engagement for global technology and digital and platform services, JPMorgan Chase’s tech team alone tops 50,000 employees, including around 35,000 engineers.

But it’s not just involvement in programs like DeepRacer leading this charge. Initiatives such as Ignite Communities of Practice — which allow colleagues to connect and learn about mutual passions in what Kucic calls a “grassroots” setting — are “game-changing” for the firm: They help engage a massive operation in an organic way that’s feasible for both the individual and the company.

And it’s not just about staying up to speed on one’s domain of expertise, but hopefully getting ahead of the curve. This is especially important to Beata Shahriari, who as head of AI solution delivery and enterprise scaling leads a team exploring how AI can benefit JPMorgan Chase. For Shahriari, it’s key to constantly shore up one’s knowledge in the field.

“That’s a really important aspect of working within AI,” she said. “I tell my team they need to invest in themselves. If you’re not investing in the time to develop those skills, you will quickly fall behind.”

At the end of the day, the efforts the firm puts behind employees’ learning and growth are ultimately paid back when fine-honed crafts and deepened skillsets are poured back into their roles.

“JPMorgan Chase knows that any small investment you put into learning comes back three or four fold into how much more effectively you can do your job,” Wooten said.

After becoming acquainted with the company at a hackathon as an undergraduate mechanical engineering student at Texas A&M University, Wooten secured an internship with JPMorgan Chase. And shortly after joining the firm in a full-time capacity in early 2020, something in the office caught his attention: A physical race track — the one on which enthusiasts could race the 1/18th scale cars used in AWS DeepRacer.

Transitioning to remote work shortly thereafter, Wooten described himself as “hooked” on participating in the virtual races. Success came quickly: After a series of victories— first in the Houston office, then against other JPMorgan Chase locations, then against other companies — Wooten secured an invite to the 2020 finals, ultimately coming in eighth place.

Not only did Wooten place better this year at seventh, but he’s also helped invest in the learning of others by sharing his machine learning expertise and understanding of Amazon AWS with other JPMorgan Chase participants. He applies this new knowledge in a number of ways, such as helping the company move “the second largest piece of compute in our trading risk platform to be able to run on the cloud, reducing waste and creating efficiency.”

“Now I’m on calls almost every other week where people are holding up this architecture diagram that I helped create as a scalable and resilient blueprint for modernizing our services. It’s so cool that I was able to take some of the experiences from DeepRacer and bring that into my team,” Wooten said.

Perhaps most importantly, Wooten’s experience with DeepRacer points to something crucial in any firm’s approach to employee learning and development: Not just providing the opportunity to grow, but applauding it. Wooten recalled that, when he won in Houston, his manager spotlighted his success by shouting him out in a chat with “thousands” of developers.

“I was like, how cool of a place is that? My manager isn’t thinking, ‘Tyler’s wasting time doing DeepRacer.’ During the day, he is not only allowing it, but he’s so encouraging and so excited that I'm learning these skills,” Wooten said.

Surrounding technologists like Wooten with the right ecosystem for growth and opportunity requires strategic, coordinated efforts at an extensive scale. And it’s that very opportunity that galvanizes Kucic.

“I’ve spent my career more on supporting technology organizations. That’s a bit where my passion lies: Helping to advance through building skills, culture and engagement for our tens of thousands of employees,” Kucic said.

And while those efforts materialize in manifold ways, one of the most notable is the company’s almost 200 Ignite Communities of Practice connecting 14,000 employees worldwide. While many of the topics are technical in focus — in Houston, for example, Wooten co-leads the Python Coding Club, is part of the Ignite Houston Core Team and said that a blockchain-focused club just started — others focus on soft skills, such as manager excellence.

And whether or not participating in these clubs yields something material or tangible isn’t the focus. It’s about the education process. 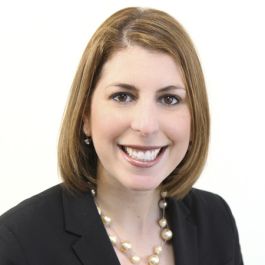 “This gives you that space to build your skills, try it in a safe environment and learn from it, and grow. We’ve seen team members take on and bring new technologies into their teams that didn’t necessarily exist before. It’s really been a huge value point for our engineers,” Kucic said.

Also central to the firm is PowerUP, a multiday tech summit taking place across JPMorgan Chase’s 20 global tech centers allowing attendees to learn about a variety of different topics through workshops, lectures and hands-on labs. They even include hackathons, which Wooten said can give rise to ideas that actually get implemented by the company.

Conceived about five years ago, the conferences give participants around the world the chance to gain new knowledge from domain experts that they bring back to their roles. Kucic estimated that around 20,000 employees engage with PowerUp conferences and noted that senior leadership makes a point to attend and participate actively.

“If you have a level of expertise, it is expected of you to be able to share that and to help coach and grow talent. That’s something that all these programs teach: It doesn’t matter what level you are. You have the opportunities to get in front of thousands of people to help them to grow their careers,” Kucic said.

While those programs are notable, they only scratch the surface; according to Kucic, “there are probably hundreds of different offerings” related to learning and development at the company, be they course subscriptions or structured development programs. At the end of the day, it’s about equipping employees with the right tools to stay competitive in the field.

“Every time I’ve gone to leadership with an idea around how we can bring additional learning opportunities to our employees, the answer is always yes, and how much more can we do? And how much faster can we do it? They’re very invested in helping to bring the skills that we need at the forefront,” Kucic said.

The True Intelligence of AI

While learning at JPMorgan Chase might assume many different forms, the means point to a common end: being poised to innovative collectively. And when it comes to the leading edge, Shahriari is helping the firm to explore the transformational potential that AI poses.

“My personal mission is to help ensure that the firm can fully and continuously capitalize on AI capabilities for its technology infrastructure business. The reason for that is to increase value in three dimensions: efficiency, efficacy and the risk posture of JPMorgan Chase’s technology infrastructure,” she said. “What we’re helping the firm do is think about what the future of each technology product looks like with AI integrated.”

As Shahriari explained, “efficiency” considers the time and human capital required to do something; “efficacy” is the ability of the technology supporting customer-facing business products to perform as needed; and “risk posture” is ensuring that said technology is resilient in the face of challenges.

That’s where a strong culture of learning and development comes into crucial focus, and not just for Shahriari and her team. Regardless of an individual’s function within the organization, AI might overlap into their role. Therefore, it’s key to continually educate a wide breadth of teams with a what’s-next mindset. 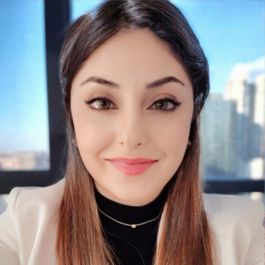 “It’s really important to have a workforce that’s aligned in both their understanding of AI as well as the skill sets that are pertinent to the procurement and utilization of it. Whether you’re a product manager, a developer, an architect or in UX, at some point you’re probably going to be involved in AI,” Shahriari said. “Everyone kind of plays a role in this mass AI transformation of our business and technology.”

According to Shahriari, conferences about new developments in the field, informal learning sessions, courses and even executive education programs play a role in deepening employees’ relevant knowledge. And each week on Shahriari’s team, half of a day is reserved to focus on individual skill development that is anchored in a “personal learning roadmap” guiding the trajectory of each team member’s growth and learning.

As for Shahriari? Her interest is piqued by how areas like quantum tech can be beneficial to the business, taking coursework around “emerging technologies that I think are going to bisect or intersect with AI capabilities.”

All told, those cumulative efforts aren’t just for a professional’s benefit to stay apace with the field. In the grand scheme, the aim is for individual growth to coalesce into impact that transcends one role.

“Our talent development strategy has an underpinning theme: When you augment people’s already deep knowledge with technology education, you’re able to better capitalize on emerging tech and AI capabilities that are both most viable and valuable,” Shahriari said. “Exploring educational opportunities is what really helps the firm stay innovative, cutting edge and ahead of competitors.”