How Shield AI’s Team Works with Honor, Service and Excellence

Shield AI wants to build the greatest AI pilot of all time. Built In got an inside look at the culture and values making the work possible.
Written byBrigid Hogan

Each Monday, the Shield AI team logs on for a meeting at 9 a.m. Pacific Time.

In Shield’s early days, the full team huddled in the kitchen with cups of coffee to level-set on weekly goals. Quickly, the meeting established a set routine to open and close the conversation — though not quite traditional Scrum or Robert’s Rules of Order procedures.

“At the beginning of the meeting, everyone would go around the room and share a fun fact about themselves,” Senior Director of Engineering Chris Barngrover said. Barngrover has shared many fun facts over his years with the company, but one stands out in particular. “I was a hand model when I was a kid, for the photos on the back of the box where it shows how the toy works.”

And to close the meeting, the team would share a collective “woo!” as they headed off back to their desks. More than just a lively cheer, Engineering Fellow Austin Howard characterizes the “woo” as Ric Flair-style — the clipped, intense trademark of professional wrestling’s Nature Boy.

As the company grew, the kitchen filled up, and the meeting shifted to become virtual — a change further precipitated by the pandemic. But the traditions continue. A rotating group of colleagues offer their fun facts each week, and the woo has taken on a new life online.

“Even though the meeting itself is more efficient and effective in the virtual setting, there’s a bit of a coordination challenge with the woo. Whoever is closing the meeting will say they’re done, and someone will pick up the woo,” Barngrover said. “Then there is a good 30 seconds of people unmuting to woo.”

While fun facts and a wave of Ric Flair woos start out the week on a lighthearted note, they also help build the team morale and connection that support serious work across the team.

“Those traditions set the tone with a level of enthusiasm, energy and positive attitude,” Howard said. “There is a consistent approach that we are going to get through whatever challenge we are facing and we’re going to do it together.”

“We have a lot of curious and passionate people who value being able to continually learn from each other.”

According to Howard, that enthusiastic and positive tone carries over into Shield AI’s more formal meeting structures.

“Across the board, leadership values one-on-one contacts and making time not only to address the specific challenges of the week but also career growth, whether that’s sitting down in a conference room, playing Ping-Pong or going for a walk outside,” he said.

Underpinning all of these traditions and routines is Shield AI’s mission “to protect service members and civilians with intelligent systems.” Founded by Brandon Tseng, a veteran Navy SEAL, alongside seasoned startup exec Ryan Tseng and robotics expert Andrew Reiter, Shield AI was from its first days focused on bringing transformative AI and automation to defense technology in order to support U.S. and allied service members.

“In the SEAL Teams, you operate in extremely ambiguous situations. You are marching toward a clear goal but with no real clear path,” Brandon Tseng said in a 2021 interview. “I think that skill set has transitioned well to the world of entrepreneurship.”

With an ambitious mission at hand, the co-founders knew their team needed shared values as a foundation for decision making under pressure. Today, honor, servant leadership and excellence anchor the Shield AI team as they build solutions for the military of the future.

Built In sat down with Barngrover, Howard and Mechanical Engineer Summer Lee to learn more about how these values are integrated into their work every day.

Shield AI is on a mission to build the world’s best artificial intelligence pilot — the Hivemind software that the company describes as the “G.O.A.T. of AI pilots.” Hivemind is able to autonomously read, map and react to the battlefield and its modular, composable applications are customizable across aerial platforms. Whether deployed on dog-fighting F-16s or within Shield AI’s own unmanned aircraft system (UAS), V-BAT, Hivemind allows aircraft to function within highly-contested environments without the need for human operators, radio-frequency links or GPS.

Do what honor dictates. 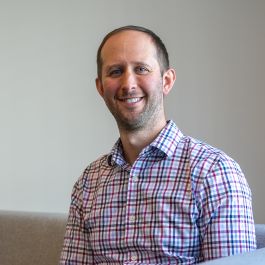 Chris Barngrover, Senior Director of Engineering: When we’re faced with a challenge, there are always several ways to approach it. Often, a number of approaches will work, but the driving factor for our technical decision-making is finding the option that will be the most reliable and most effective for the end user. We are rigorous with our solutions rather than choosing the easiest way. 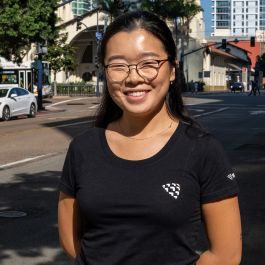 Summer Lee, Mechanical Engineer: Something that often comes up on the mechanical side is being rigorous in our testing, knowing that our products impact lives. By keeping that in mind throughout the day-to-day, we are reminded that we really have to be thorough and rigorous in our design, in our testing and in our implementation. That level of quality really speaks to me in terms of having honor dictate our day-to-day work.

“To maintain our credibility and momentum, we need to stand by our reputation by acting honorably.” 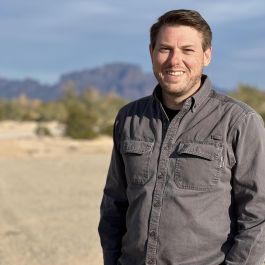 Austin Howard, Engineering Fellow: There have been difficult conversations that we have had to have with a customer or a strategic decision that needs to be made. I have repeatedly seen our company, and especially our executives, go to the customer directly and have a conversation about the specific issue, whether that is schedule, capability or a technical challenge. We always do what we would want to see from our partners if we were on the other side. To maintain our credibility and momentum, we need to stand by our reputation by acting honorably. That can mean owning up to our shortcomings but also making sure that we have a plan for creating healthy environments for our teams to work in, long-term.

Live as a servant leader.

Barngrover: Servant leadership is something we see people exhibit at every level of the organization. On a recent project working on a small UAS, our tech lead had to move to a different high-priority project, and no one had stepped into that role. People were covering it when they could, but one of my team members, Shobhit Srivastava, gradually took on more responsibility until he was effectively covering that role and led us to a successful test flight. Shobhit jumped in and was doing things across the board, regardless of what function they officially fell under, down to fixing specific bugs. His work demonstrated not only servant leadership but doing honorable work and pursuing excellence, as well.

Lee: As a recent graduate, I decided to return to Shield AI after my internship for my first job because of how willing every higher-level engineer was to give up their time and offer support and mentorship. And I know that isn’t only the culture on my team because I see it happening across the company. I’ll sit down with systems engineers and software engineers, and I’ll be able to learn and expand my understanding of a space that I am still new to. If I have a question, I can hop on a call and take an hour of their time, just to make sure that I have a thorough understanding and can grow as an engineer.

Mechanical Engineer Summer Lee isn’t an avid Ping-Pong player, but when Senior Engineering Manager Joey Nielson put a half-hour Ping-Pong session on her calendar, she accepted. “I started casually, but Joey is serious about the game,” Lee said. The occasional Ping-Pong match at their office table is more than a midday reset. According to Lee, “dueling up on the Ping-Pong table once in a while has given me the opportunity to bond with my team.”

Barngrover: To do something hard, we really need to want it and put ourselves into it in many ways. When a team has that passion, it’s easy to love the work and the people you’re working alongside.

“When a team has that passion, it’s easy to love the work and the people you’re working alongside.”

Lee: Even as a level one engineer, I am able to see the value that my work contributes to the larger mission because of the approach from our leaders that there is no job too small for anyone to do. Recently, I worked on improving aircraft performance that allows for longer flight times. I might just be working on my computer in my CAD, but that’s improving fuel burn and allowing our customers to execute longer missions. Our leaders communicate how the work scales up to a bigger impact, and it is incredibly rewarding to hear how we are improving in each test or demonstration.

Howard: Excellence is not only the work on a technical level but also how we organize ourselves and push to be on the cutting edge of technology, which requires doing things differently than others in our space.

I’ve spent the last three months traveling the world and demonstrating capabilities, talking with customers and getting notes. When combined with being on the shop floor with our production team and individual engineers, we are able to gain insight into what we need to achieve in our work. It’s hard work and long hours, but I don’t see any other way around it other than getting out there and doing it.

One of my direct reports, Jazz Myres, has been an incredible example of pursuing excellence. She jumped into the fire to take on a lead position in one of our biggest programs. She’s done everything from turning screwdrivers to traveling to meet customers, and she’s engaged at an exceptional level. I wouldn’t ask anyone to take on the level of work she has, but she has acknowledged the challenge, exhibited incredible leadership and motivated the team to step up as well.

Engineering Fellow Austin Howard signed into Zoom from a conference room outside of Yuma, Arizona. “Right now, I am sitting out here in the desert, working through the final technical challenges for a test flight,” he said. For Howard and his team, the test flight is the culmination of a six to nine month product development cycle. After finalizing the desired outcome, the engineering team and prototyping technicians work together to develop the software and equipment for the test. “We do the component level testing in the unit level testing software and then incrementally scale that system complexity until we get the final configuration to the level that we want to test,” Howard said. After consulting with leaders, the engineers operate the test flight, exercising new features and taking notes. “We come back with data insights and put those into the next cycle,” Howard said. And then they’re off for another round of product development and testing.
They're Hiring | View 76 JobsShield AI is Hiring | View 76 Jobs
Responses have been edited for length and clarity. Images provided by Shield AI.
Brand Studio