With a New Name and Big Growth Plans, Motive Aims to Evolve the Physical Economy

Three leaders describe how the company’s recent rebrand, ongoing growth and inclusive initiatives bolster its efforts to support a diverse array of industries and blue-collar workers. 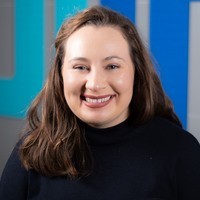 Olivia McClure is a staff writer for Built In’s brand studio. She previously covered professional development and tech industry trends for BuiltIn.com. She holds a bachelor of arts in English and multimedia journalism from Loyola University Chicago.

Olivia McClure is a staff writer for Built In’s brand studio. She previously covered professional development and tech industry trends for BuiltIn.com. She holds a bachelor of arts in English and multimedia journalism from Loyola University Chicago.

Motive’s recent rebrand doesn’t simply signify the start of an innovative period of growth; it also reflects what the company has been accomplishing for years. 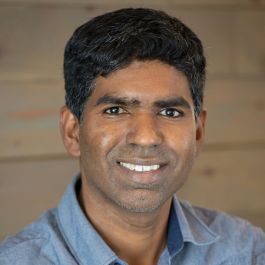 According to Engineering Lead Siva Gurumurthy, the organization’s former branding no longer fit the broad range of commercial vehicles they were serving. “The name KeepTruckin siloed us into a smaller segment of the total market than we’re addressing,” he said. “What we’re doing is much broader than what our old name reflected.”

As one of the company’s first sales team members, Mid-Market Regional Sales Manager Taurie Bjerken has seen the company’s influence grow firsthand. Before it had a hardware product, she and her peers mostly sold software to trucking companies that needed to comply with the federal electronic logging mandate to record vehicle operation and driver activity data. Yet once the organization recognized its potential to cater to additional markets, Bjerken’s team began expanding its sales outreach strategy.

For iOS Engineer Shirley Yan and her teammates, the rebrand creates an opportunity to unlock greater technological potential in the near future, and Yan is eager to see how the company’s evolution will be reflected in its technology. “I’m excited for us to create new product features that are geared toward individuals outside of the truck driver world,” she said.

Gurumurthy has similar feelings about how the organization’s product suite has expanded over the years and what the future has in store. “Now we have dash cams, asset gateways and card platforms, and we’ll eventually have security technology,” he said. “It’s amazing to see what we continue to accomplish, and I’m really proud of how we’ve grown.”

In Gurumurthy’s mind, harnessing the potential of the physical economy requires one thing: enabling and building machines, in both a technical and human sense. The organization aims to refine its platform in order to address key issues facing users, whether that’s a loss in their bottom line or poor fuel economy. And in order to do this, the company needs to hire a large number of diverse, talented people; in other words, create a machine composed of humans working together to address industry issues.

“We plan to solve more problems by building an inclusive team that attracts talent across all markets and can infuse ideas that drive the growth of this sector,” Gurumurthy said.

According to Gurumurthy, Motive’s current hiring phase reflects the rapid scaling that has defined the company for years. When he joined the organization about three and a half years ago, he was working alongside roughly 20 engineers. Today, the number of developers surpasses 400. 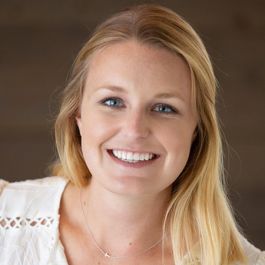 Bjerken has also witnessed the company go through several different growth periods over the years. In her mind, the company’s continued evolution opens up exciting new avenues for her and her peers. As the organization broadens its technological offerings and customer base, the sales department is searching for diverse talent from across the country to help them meet increasing client demand.

Bjerken added that she’s proud of all of the hard work she and her teammates have put in over time. “We try to move the company forward every day,” she said. “When you see the organization and product develop firsthand, it makes you feel inspired. I’m excited to see what lies ahead.”

While Motive’s engineering and sales teams are certainly growing, nearly every other department at the company is expanding as well. The organization is eager to hire data scientists, product designers, project managers, business operations analysts, marketing managers and more.

Yan’s department has undergone its own transformation throughout the three years she’s been at the company. During that time, the number of employees on the mobile app development team has grown from 13 to about 40. 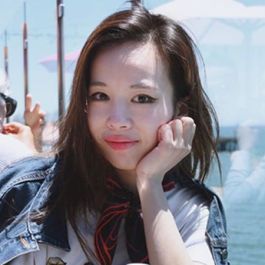 For Yan, watching her team nearly triple in size so quickly has been an eye-opening experience, especially considering she joined the company as a recent college graduate. “There have been some ups and downs, yet it’s been super exciting,” she said. “Witnessing the rebrand and overall growth has been a unique opportunity.”

For Gurumurthy, Motive’s focus on growth and inclusion go hand in hand. He said leadership works to ensure equity is reflected across the entire company.

“People feel comfortable speaking from their hearts, which is hard to achieve on such a large scale,” Gurumurthy said. “I’m happy that we’ve retained this type of environment as we’ve grown.”

He added that investing in diversity isn’t just important from a cultural standpoint. It’s critical for the company to have team members who understand the unique needs of the people they serve. “Inclusion isn’t optional,” Gurumurthy said. “It’s a necessary ingredient for success.”

Of course, there are many ways to encourage diversity. While Gurumurthy’s own department hired two female vice presidents over the past three months, the organization has hosted inclusive tech events in an attempt to attract talent from underrepresented groups.

Yan credited Motive with enabling her to jumpstart her engineering journey in a fast-moving, supportive environment. She believes the company offers ample growth opportunities for early-career engineers. “This is the first time I’ve gotten to see how a large company operates in terms of managing people, sharing knowledge and cultivating an inclusive engineering culture,” she said. “They do a great job of ensuring we have many training sessions and processes to follow so that we thrive during our time here.”

Gurumurthy believes equitable hiring efforts and initiatives will help bolster the company’s potential. “By investing in inclusion, we will make our brand even more successful and longstanding,” he said.

As the first female hires on their respective teams, Bjerken and Yan know firsthand how important it is to build diverse teams. While they each may have been the only women in the room at times, they both credited their peers for helping them grow professionally over the years.

Of course, that doesn’t mean there isn’t room for improvement. While Bjerken acknowledges that there is still work to be done regarding inclusion, she’s confident that the company will fulfill its objectives in this respect.

“We know having a more diverse workforce will make us the most successful, and it won’t be hard for us to accomplish that goal,” she said.

The search for diverse talent may be a major business objective at Motive, yet it isn’t the only one. Bjerken said she and her teammates are already seeking ways to tap into the opportunities associated with newer markets. While their goal for this year is to sell to larger fleets, next year’s focus will revolve around capturing fleets across even more industries, like construction, oil, gas, food and beverage, field service, agriculture, passenger transit and delivery.

Gurumurthy is equally excited to enhance the company’s existing product suite. Yet he noted that implementing innovation isn’t anything new, citing past projects that incorporated AI elements into the platform. These alterations have had various positive influences, such as reducing accidents on the road.

This impact reflects just the beginning of what Motive can achieve, according to Gurumurthy, who added that the company is excited to tap into revolutions taking place in the fintech sector. One area of potential is level 3 data, which refers to the information that is generated by credit card usage, such as where a transaction happens and what was purchased. The company can use that data to create interface algorithms to help optimize transportation work.

“For instance, if someone is trying to transport a load from San Francisco to New York, we could use our financial systems and partner fuel card network to find an optimal stopping point with the lowest fuel price possible,” Gurumurthy said. “With access to all of this data, we can cut costs for our customers.”

To Gurumurthy, the most inspiring aspect of Motive’s current transformation isn’t simply a more sophisticated product suite. He’s eager to see the organization more fully serve blue-collar workers who have historically been left out of the tech conversation.

“Silicon Valley companies may have access to all this great data, yet workers in the physical economy are left out,” Gurumurthy said. “We’re bringing a high level of information to them, which is exciting to think about.”