At Covariant, Success in Robotics Stems From a Human Approach

Though Covariant’s teams work with autonomous machines on a daily basis, employees are achieving innovation faster than ever thanks to a people-driven company culture.
Written byTyler Holmes
Tyler Holmes

When Senior Software Engineer Andrew Braunstein joined the Covariant team, it was March 15 — of 2020.

Every interview during the hiring process had been conducted in person so far, and Braunstein had even gotten to meet a few members of the team face to face, which reinforced his desire to work on the company’s AI-powered robotics products.

However, his in-person start date kept getting pushed back. 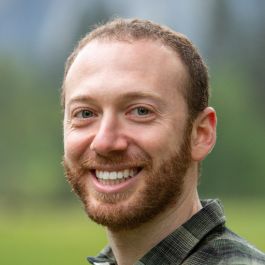 “It was a weird time to start a job!” Braunstein laughed. He was, of course, referring to the day many cities around the United States launched a “shelter in place” mandate in response to the Covid-19 pandemic.

“I ended up being the first remotely hired pandemic employee at Covariant who was onboarded virtually,” Braunstein said. “This was a tight-knit team that had eaten lunch together in person every day for months and years — and I was this new employee coming in who had maybe met five people in person, and nobody knew who Andrew Braunstein was on Slack.”

However, his hesitations quickly melted away. Braunstein recalled one afternoon when he was feeling confident enough to speak up about a few processes he believed could be efficiently improved upon — and he fully expected pushback.

“I anticipated messages like ‘Who’s this random person I’ve never met making critiques?’” he recalled. “It was the complete opposite. People immediately asked ‘What can we do better? Let’s set up video calls, let’s set up sessions!’ It was the most welcoming environment that I had ever experienced.”

That’s because, as part of Covariant’s mission, employees strive to create an environment of warmth — proving that company culture in the robotics industry doesn’t have to be stiff or mechanical.

BUILDING AN AI-POWERED FUTURE IN ROBOTICS

Covariant is on a mission to apply cutting-edge research to building next-generation AI Robotic systems for warehouse operations. From its roots in the work of the world's premiere AI researchers to deployments at some of the world's largest e-commerce companies today, Covariant aims to shorten the path between research breakthroughs and practical applications. “What normally can take 5-8 years to make it from the lab to the real world, we do in a matter of weeks and months,” Tech Lead Manager Andrew Liu said in a company blog post.

Leaders at Covariant understand that their approach to complex robotic functions is unique by incorporating a human aspect into every AI-fueled project they launch, and that’s also exactly why employees believe they stand out. 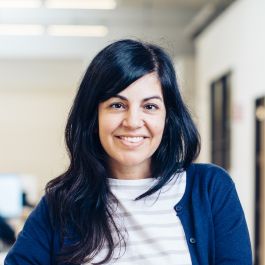 “The thing that attracts people to Covariant is not just our values and our empathy, but also how we’re solving legitimately difficult problems regularly,” said Head of People Sam Cauthen. “It’s not a job that’s characterized by the mundane: There’s a hunger for the challenge that a lot of our jobs represent which is directly related to the mission. If you look at our product and what we’re offering to the world, it hasn’t been done before.”

That’s because instead of learning to perfect specific tasks individually, Covariant robots learn general abilities such as robust 3D perception, physical affordances of objects, few-shot learning and real-time motion planning. By breaking down complicated actions into simpler steps, this allows Covariant’s autonomous robots to adapt the same way that people do — and the industry is paying attention.

“I think our visit with Bill Gates was exceptionally successful in proving that what we’re doing matters,” Cauthen said. “He tried to pick the hardest items for our robot to choose from a tote to try and trick it — and even Bill Gates could not trick the robot. The robot nailed it, which was really fun and gratifying.”

After recently deploying the very first fleet of robots into a fully operational warehouse, teams are excited to not only see how their products continue to develop, but how they will continue to grow together as they perfect their tech stacks and evolve into a commercially viable company.

“I think that we are truly on the edge of what is currently possible with technology and there is no clear how-to guide or playbook to follow,” Braunstein said.

Built In sat down with Cauthen, Braunstein and Recruiter Vance Nguyen to learn how Covariant is growing beyond just revenue and why incorporating a warm human touch makes all the difference in the field of robotics.

What attracted you to a role at Covariant? 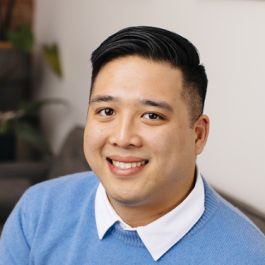 Recruiter Vance Nguyen: I wanted to find a place where I felt like all the hard work I do is not only celebrated, but I can also have productive conversations, even when people disagree with me. Everyone takes over ownership of the work that they do, and everyone works exceptionally hard. No matter what's going on, you’re always likely to see 30 engineers in the lunchroom having meals together, smiling and laughing. You can see the passion in everyone’s eyes, and how happy they are to be at Covariant.

Senior Software Engineer Andrew Braunstein: The reason I joined was because of the challenging nature of the work. The organization is built around the idea of constant learning, because we're always on the edge of what's possible. People aren’t afraid to try new things or make bold suggestions. I think coming from this research lab environment at Berkeley, the ethos is “try things out and see what works.”

Head of People Sam Cauthen: It’s not like Andrew came in at the top of a huge hierarchy and said, “This is what we’re doing,” or Vance talked to a hiring manager and said, “I know recruiting, this is the only way.” It’s always a very collaborative environment. Culture is as much about the things that are good about us, as well as the things that are unique and maybe not for everyone.

How have you grown professionally during your tenure at Covariant?

Cauthen: We don’t measure our success by the number of colleagues we have — it’s about the customer value we create. We’ve always been like that — it’s actually not just a product of this current crazy market environment. From the infrastructure point of view, what we have been able to do is invest more in processes and documentation so that each kind of effort that we do is more rigorous, repeatable, efficient and effective. That’s where we have seen the growth in terms of our capabilities, largely through institutionalization and process improvements.

Braunstein: When I joined, I had a starter project to get to know the stack and I was given a lot of freedom. We were designing what we call the Brain API, which is basically a way for other developers to make use of our machine intelligence, robotic motion planning and computer vision stack. I went out, designed the system, built and shipped it, and onboarded our first partners to be able to build applications on the Brain API. I transitioned from building and designing things to actually working with my team and figuring out how to build bigger projects through an organizational structure. As an individual, what do you need to grow? What project will then give you the opportunity to do that? How do I mentor junior engineers?

One of my team members recently built an entire configuration system in the Brain API. I worked very closely with her to make sure that there were sufficient guardrails so that the project couldn’t fail, but also made it so that she was making design decisions, learning from the experience and at the end of the day, getting the praise that she deserved for the success of the project.

Nguyen: Since I’ve been at Covariant, I’ve experienced an exceptional amount of growth. I report to Sam and every day we get a chance to work together. It’s like a bootcamp learning experience — I walk away with my mind blown constantly and I feel lucky that I have this relationship with my manager. I’ve also seen quite a few of our wonderful Covariants being promoted into higher positions from their role, and I think that speaks volumes about how we like to promote from within. If you do quality work, you will be rewarded for it.

As Covariant continues to expand its possibilities, software engineering expertise will continue to be crucial. So who’s a perfect fit? “We’re going after people who have seen what a coherent tech stack looks like, and they’ve seen what institutional processes and best practices look like,” Sam Cauthen said. “They’re also able to collaborate with colleagues from very different backgrounds, working at a really high caliber while still remaining empathetic and collaborative. It’s so much more than just being a doer as an engineer at Covariant — you have to care about the work that you do.”

How do you continue to bring the workforce together in order to foster an environment of warmth?

Braunstein: There is a weekly board game night that’s active on Wednesday evenings where a bunch of us stay at the office. There’s hardcore competitors and some cutthroat players. There’s also a pretty big contingent of rock climbers who go on Thursdays after work, sometimes with as many as 12 people.

Nguyen: Something I participate in weekly is a Dungeons and Dragons session with at least one member from every team at Covariant — and I love it. We have guest players here and there which allow people from out of town that don’t usually get to join in our sessions to come and participate. It’s been eye-opening — I’ve never played before coming to Covariant and I think it goes to speak about how welcoming everyone is.

Cauthen: The warm welcome tradition is something we hear from almost every new employee and even the departing employees.

“If you look at our product and what we’re offering to the world, it hasn’t been done before.”

Why do you personally believe Covariant is a leader in the industry?

Cauthen: We see it in every demo we conduct. We recently had a team visit from France to look at our product, and they quickly said “You can do all the things that we’ve never been able to.” The proof is in the pudding.

Braunstein: Sam said the magic words. I hear from partners all the time who have worked with other systems that are equivalent to ours that they’re in the process of replacing their tech — or they’re phasing it out as it sits in a warehouse — because ours works much better. We’ve been in discussions with companies who are replacing our competitors with us. That sort of experience is very reaffirming.

Cauthen: We still have a ton of work ahead of us, but the core of our technology has been described by engineers at Covariant as seemingly magic. It’s not magic — it’s hard work!