At Buildout, Transparency Isn’t a Buzzword. It’s the Company’s Cornerstone

Three team members describe how the company is learning from past mistakes to bring back the transparency that defined it from the beginning.
Written byOlivia McClure
Olivia McClure
Staff Writer at Built In
Olivia McClure is a staff writer for Built In’s brand studio. She previously covered professional development and tech industry trends for BuiltIn.com. She holds a bachelor of arts in English and multimedia journalism from Loyola University Chicago...

All companies encounter roadblocks at some point. Not all of them own their mistakes. 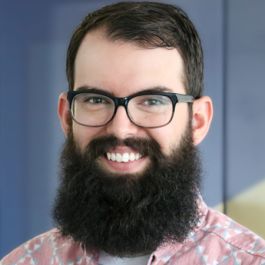 Buildout believes in the importance of transparency, which is why the company’s leaders are ready to create an environment of increased trust with their people. Since 2010, the commercial real estate marketing automation organization has fostered a culture defined by camaraderie and connection. That foundation has resonated with Senior Platform Designer Alex Griffin since he began working at there several years ago.

“Buildout has always been a special place to work,” Griffin said. “Jason and his co-founder, Vishu Ramanathan, rejected the corporate culture of checking items off a list and instead took a casual approach, which cultivated honesty from the start.”

Over the past couple of years, the business underwent significant transitions. Shortly after securing a private equity funding round in 2020, Co-Founders Jason Tillery and Vishu Ramanathan both stepped down from their leadership roles. But Tillery’s absence was short-lived. When the organization’s new leader resigned unexpectedly for personal reasons last year, he realized it was time to rejoin the company he had helped shape for more than a decade.

Simultaneously, the sudden shift between leaders caused uncertainty to swell among Buildout’s ranks. Leadership faced a hurdle many founders are all too familiar with — properly addressing wide-ranging change management. 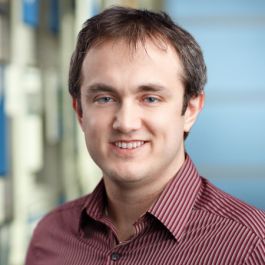 “We were no longer proactively sharing important information with team members,” Tillery said. “Now, we’re taking significant steps to bring back the openness we had at the beginning.”

By taking a more proactive approach to cultivating transparency, the team at Buildout is bringing back the culture that made the company unique from the start. Besides embracing a remote-first mindset, the company’s recent transformation involves reexamining its commitment to clear communication and reconsidering its core values. Below, Tillery, Griffin and Solutions Architect John Krause outline the company’s past mistakes and how the organization plans to pursue a more honest path forward.

What do you consider some of the biggest mistakes Buildout made over the past couple of years?

Tillery: We didn’t handle the move to remote work very well. Fortunately, everyone felt comfortable sharing their thoughts, so we received a lot of feedback right away. Our investors also wanted to know what was going on with the business. Considering we sell commercial real estate software, there was some concern that our business wasn’t viable. In the end, it was business as usual for us, but there was no way to know that at first. So we spent a lot of time in meetings with our board and investors to talk about the company’s stability. Yet we didn’t have similar meetings with our team, which was a mistake.

I realize there were probably many people who wanted to know that their jobs were secure. Additionally, following our recent acquisitions, our team members weren’t necessarily prepared to work alongside new colleagues. Merging two companies is a big deal, and we took a lot of missteps throughout that process, including putting departure announcements on hold.

What compelled the company to rewrite its values, and how does the organization plan on embracing new ones?

Tillery: Our original values focused on improvement and profit, and we’re adopting new ones for various reasons. Our existing values aren’t very informative, considering both of those elements are important at every company. We’ve decided to embrace transparency, and we plan on taking our time to define additional values that will support the integration of multiple cultures coming together.

Griffin: Instead of taking a top-down approach to rewriting our values, we’re encouraging everyone to participate in the process. Our culture committee ensures that everyone’s voice is heard, and when issues come up, we address them. We take everything we hear from employees and bring it up to our leadership team so they know team members’ thoughts.

Before joining Buildout, Krause and Tillery worked for the same company, where meetings were professional, prompt — and boring. “When Jason and Vishu joined the leadership team, they decided to make our meetings a time for celebration,” Krause said. Before the pandemic, in-office meetings occurred on Friday afternoons and involved quirky activities. For instance, in lieu of cruising on Lake Michigan, the team once put a giant inflatable pool in the office and had employees take part in boat races.

How is Buildout building a more honest workplace, and what positive changes have already taken place as a result?

Tillery: We’re focused on not just what we’re doing, but why we’re doing it. We have standard frameworks for goal-setting in place. Everyone has an idea of what their team is trying to accomplish over a quarter or year. It’s important to understand the intentions we have behind what we’re doing, as this builds a shared sense of purpose across departments.

With employees working remotely, it’s easy to forget that there are entire teams of people working on distinct projects. We have to work harder when it comes to maintaining visibility across teams. Our director of people operations, Katie Lucas, has made great improvements across the company. We’ve acted on a large amount of the feedback that we’ve received from surveys, and those improvements were obvious during the past quarter. Not only that, we created a Slack channel dedicated to people updates. That resource gives our team an opportunity to hear about shifts in the organization as well as celebrate people for their contributions. I expect these positive changes to continue, considering Katie has been a great leader to guide us through our transformation.

Griffin: The company is especially focused on cross-team transparency. The design team was recently integrated into the software development department, which has not only improved the structure of our teams, but has also reduced ambiguity. People are encouraged to ask questions, and everyone’s needs are considered when decisions are made. 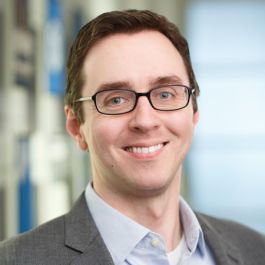 Krause: We ask new hires to raise their hands when they have questions, and there’s an unspoken culture of ownership. Jason and his co-president, Kris Krisco, foster this transparency as leaders, which encourages employees to ask tough questions, share mistakes and request help.

In light of the progress being made, what excites you the most about Buildout’s future?

Tillery: I want to see us bring back the cultural elements that are conducive to a remote-first setting. It’s unlikely that we’ll see the in-office attendance that we once did, partly because half of our teammates live outside of Chicago. I want us to feel like one team, rather than four distinct teams that have been brought together. We’re beginning to rally around a common mission, yet there’s still plenty of work to do.

Krause: Transparency will foster stronger communication, but it will also enable us to get to know each other on a more personal level. It will help us feel more safe and welcome at the company. I think we have a great opportunity to grow into a more tight-knit organization.