At Boom Entertainment, Engineering Is a Team Sport

Earlier this year, Boom Entertainment filled a scenic resort with more than 60 team members, from the C-suite veterans to the newest engineer. The sports and gaming company packed the retreat with activities, including a casino night, salsa dancing, hiking, a cabaret show and karaoke — but the true highlight was the people.

“If there was a spot open at a table, someone would go sit there and start talking to everyone,” said GM of Casino and Social Deanna Ishikawa. “​​It was really enjoyable to better get to know co-workers in a fun, casual setting.”

For some companies, leadership may seem inaccessible. At Boom, they’re embarrasing themselves right next to everyone else with rousing karaoke renditions of “A Whole New World” and a litany of Frank Sinatra songs. The experience left an impact — teams that were seemingly isolated now intermingled freely, giving everyone the chance to form new connections.

“There’s this great culture of lifting each other up.”

“I don’t necessarily have a work reason to meet with the new CFO Zack Messer,” said Software Engineer Alexis DiVincenzo. “But getting to just chat with him about random things in life was really nice.”

The whole environment of the retreat — on-the-ground support by the leadership, a team eager to connect and the sheer variety and number of activities — reflects the culture at Boom: ambition without competition. The team feels loaded up with people who freely offer support to one another and a leadership team that encourages growth.

“If you have an idea or a way to improve things, that type of feedback is always encouraged,” said Director of Engineering Daniel Saltz.

Deanna Ishikawa is drawn to the startup environment — not just for the chance to help a company grow, but also to develop her own skills. For someone with her drive, a startup provides a wealth of opportunity. 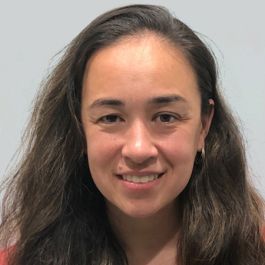 “I feel like when you get into bigger companies, your role can be very rigid,” said Ishikawa. “Where with startups, if you can execute and show you have the capability, you can move around and help in a lot of different areas. I like being able to get my hands in every area where I excel.”

Ishikawa’s hands were instrumental in determining the shape Boom has taken as it scales. Ishikawa has been able to grow her skills on several teams on the sports and casino sides, all the way to the inner workings of the company. When she was brought on board, the company did not have a recruiting team, so she assisted in bringing on talented engineers and participating in shaping HR practices such as the company’s maternity plan. As a woman working in a historically male-dominated industry, Ishikawa believes Boom is exceptional at creating an inclusive environment where the best talent is recognized and rewarded.

“Women are a small group at technology companies, especially when you add the sports layer onto it,” said Ishikawa. “I don’t even notice because I’ve been in the industry so long, but Steve, the co-founder and CEO, really wanted to focus on diversity. We started our own group called Women at Boom, and we met during the retreat.”

Ishikawa, who’s run multiple business units at Boom, appreciates the support her leadership has received— and has high ambitions for where the company can go.

“We have great things planned for both the near-term and farther down the road,” she said. “I really feel that Boom is a great position in the gaming and entertainment space.”

When Daniel Saltz joined Boom Entertainment, he was one of two back-end engineers — and that’s exactly what he wanted. 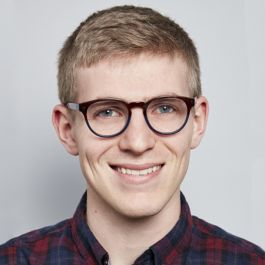 “Before Boom, I worked at a large corporation. I felt very stagnated and like I wasn’t learning much,” said Saltz. “I was looking for an opportunity to shift to a faster-moving company where there are opportunities to learn and take on different roles.”

“The CEO sets a great tone with how he shouts out individual people.”

In his time at Boom, Saltz has had plenty of those opportunities. He and his engineering partner spent many late nights building much of the software infrastructure that currently supports Boom’s sports and gambling apps. And now that the groundwork is laid for that infrastructure, he has added people management to his list of responsibilities — a position he had less experience with when he first joined. Thankfully, Boom’s leadership has backed him the whole way.

“Steve, our CEO, sets a great tone with how he shouts out individual people,” said Saltz. “He tries to really understand each product and what each team is working on, so that he’s able to recognize that and appreciate people.”

As a manager, Saltz strives to provide newer hires the same kind of support he was given. In addition to making himself available whenever he can and providing access to top-notch engineering onboarding documentation, he actively recognizes people and teams with celebratory Slack channels and virtual high-fives in 15Five.

“I’ve been able to promote a couple of people who have been high performers, so that’s very exciting for me,” Saltz added.

During Alexis DiVincenzo’s first coding test, it became clear that Boom’s engineers were people she wanted to work with. The interviewers provided both moral and practical support and listened responsively to her thought processes. 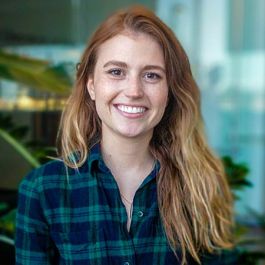 “I walked away even more excited about what I could contribute, how I could grow as a developer and how I could help Boom grow as a community,” said DiVincenzo. And she wasn’t let down — everywhere she turned, she met brilliant engineers offering advice and encouragement.

“I try to then turn around, reach back to the person behind me and pull them up.”

“There’s this great culture of lifting each other up,” DiVincenzo said. “It’s not a competition. I’ve for sure benefitted from that, and I try to then turn around, reach back to the person behind me and pull them up. That’s a core part of who we are.”

When DiVincenzo had a hand to grab a few months ago, she didn’t hesitate. She met her team’s new engineer with the same empathy and mentorship she experienced at the beginning of her journey.

“Starting a new company surrounded by incredible colleagues can be a little intimidating,” said DiVincenzo. “I appreciated that I got to influence and impact a new employee’s journey so soon after I began at Boom. I shared with them, ‘Here’s what you need to do, here’s what you might run into.’ Just to be like, ‘I’m here to support you, because I’ve already been through this.’” DiVincenzo plans to have a team of her own to lift up to even greater heights.

As Boom Entertainment grows, the company is determined to not lose focus of its roots as a startup that champions a culture of collaboration.