Track your Thanksgiving turkey via blockchain 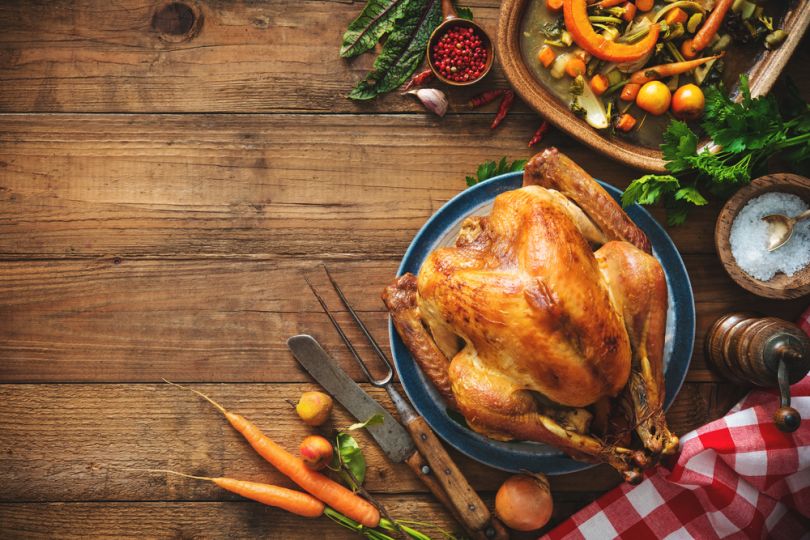 Let’s talk turkey: between 45 and 46 million turkeys, to be more precise. As Observer notes, that’s the number that the National Turkey Federation projects that Americans will consume during the Thanksgiving holiday break, along with another 22 million to be gobbled up during Christmastime. Yup, that means about six billion pounds of turkey meat.

While turkey consumption this time of the year is but a foregone conclusion, the use of blockchain for transparency in the turkey supply chain is a twist that major food supplier Cargill plans to offer this holiday season, reports Observer.

About 70 contracted individual family turkey farms in Missouri and Texas have enrolled into Cargill’s new Honeysuckle White Traceability Program, which tracks each turkey from farm to table. Of the company’s 600,000 Honeysuckle White fresh large hens, slated to begin to arrive at large retailers this week, a third of the birds will be tracked via blockchain.

"Each Honeysuckle White turkey will have an identification code, which can be entered into a website that will guide the consumer to the specific farm that raised that exact turkey."

Cargill’s chief information officer for animal protein and salt, Debra Bauler, breaks down to Observer how the Honeysuckle White Traceability Program will work. “Each Honeysuckle White turkey will have an identification code, which can be entered into a website that will guide the consumer to the specific farm that raised that exact turkey,” Bauler explained. “From a marketing perspective, it’s a way for consumers to feel connected to the American farmer—to those who are responsible for the food they are serving their families. And from a technology perspective, it represents the complete digitalization of the supply chain. We feel that both are long-term competitive advantages for our product.”

Some experts, like Fox Business Network commentator Ethan Bearman who spoke to Observer, believe this level of traceability will soon be the norm calling it “a watershed moment in the retail food industry.”

Participating farmers such as Sharon Albertson of Eldon, Missouri believes that blockchain can offer an unprecedented window into their work. “I think that after families gets to know us, by reading about our multigenerational farm and seeing pictures and videos of our family at work, they will have a better understanding of the pride we take in raising these turkeys,” she said to Observer. “I hope this gives them increased confidence in the Honeysuckle White brand.”

Generation Z expert Jonah Stillman warns this cohort may be underwhelmed by this use of blockchain. “Generation Z consumers will absolutely not be dazzled by innovative applications of technologies like blockchain; we actually expect that companies should naturally be enabling consumers to know about the supply chain behind what we eat,” he explained to Observer.

Cargill’s blockchain ambitions do not stop with turkey. “If we find—as we expect—that consumers really warm to the idea of learning about the farmers who raised their holiday turkey, we will likely roll this traceability feature out across an even greater breadth of food products in the near future,” Bauler told Observer. “Even if some people don’t end up looking up the origins of their turkey, we hypothesize that there is a certain sense of trust and transparency conveyed to the consumer by merely knowing they could have, should they have chosen to do so.”