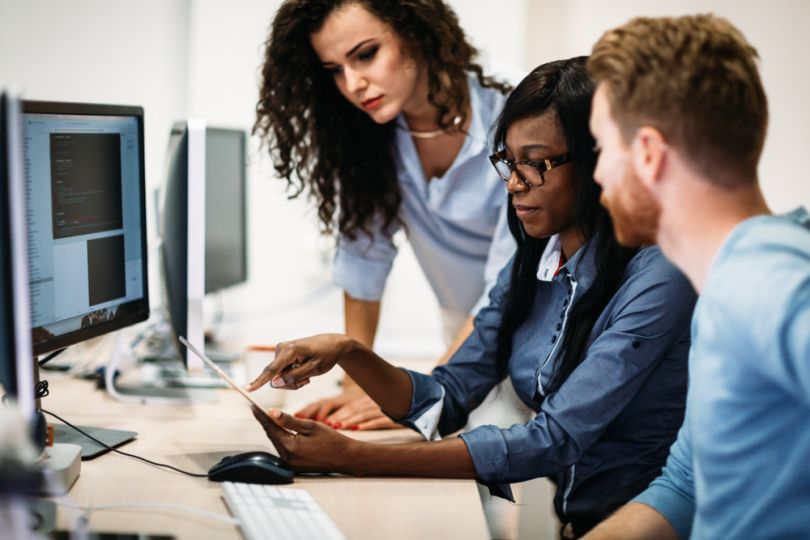 As the demand for blockchain rises, so does the demand for the engineers with the expertise to build applications using this technology. CNBC reports that according to global data courtesy of hiring firm Hired, blockchain engineers are cashing in on the demand, netting salaries between $150,000 and $175,000 on average. These numbers even eclipse the already impressive $135,000 salaries for software engineers on average per Hired’s data.

The clamor for blockchain talent has put the salaries for blockchain-specializing engineers at the same level as those who work in artificial intelligence and above other specialities in engineering, according to Hired.

Driving up the demand is the investment that larger firms such as Facebook, Amazon, IBM and Microsoft who are developing blockchain projects and currently hiring blockchain engineers.

Sensing the increased interest in this field, Hired made blockchain a sub-role to its service at the end of last year and seen a jump in blockchain-related job listings by 400 percent.

"There's a ton of demand for blockchain. Software engineers are in very short supply, but this is even more acute and that's why salaries are even higher."

"There's a ton of demand for blockchain," Mehul Patel, CEO of Hired, explained to CNBC. "Software engineers are in very short supply, but this is even more acute and that's why salaries are even higher."

Engineers with blockchain experience can also testify to their increased appeal on the job market. "When my title became 'principal blockchain engineer,' it became relentless," said Dustin Welden, now at Seattle-based accounting software startup Globys. "I get interview requests every day on LinkedIn now."

Usually, these job listings will not explicitly include blockchain in the title with employers more likely to confer titles such as back-end engineer, systems engineer or solutions architect. Hired notes that more of these positions are listing blockchain as a desired skill for the job than before.

Interested in becoming a blockchain engineer? Blockchain engineers say you should brush up on networking, database design and cryptography computing skills. In addition, you should know how to code in a number of programming languages including Java, JavaScript, C++, Go, Solidity and Python.