How to Spot Deepfake Technology

The AI that powers deepfakes poses all sorts of questions for consumers of media. Using a couple of simple principles, though, you can develop a sophisticated understanding of what you’re looking at. 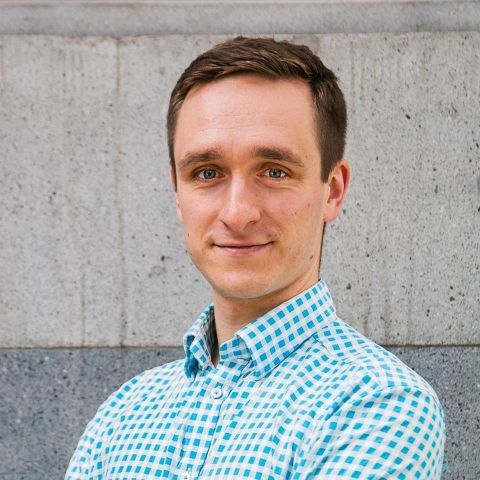 Przemek Chojecki
CEO at Contentyze
Ph.D. in mathematics, named on a Forbes 30 under 30 list; runs Contentyze, a content generation platform, and is passionate about educational content.

Artificial intelligence has become ubiquitous in people’s lives: It offers suggestions about what to buy next, recommends movies, gives us insights on traffic patterns, and even personalizes ads on the internet. The latest addition to our everyday interactions with AI is deepfakes, which are hyper-realistic AI-generated images and videos. Although they’re not real — the word “fake” is in the name, after all — people can have a hard time distinguishing deepfakes from genuine images.

In addition, the number of deep-learning applications for the field of AI-generated images and videos is growing. Today’s AI-generated images are often used for artistic purposes. In this respect, they’re not unlike computer-generated images, which are similarly used in an artistic way. Despite this, many projects that are now underway are trying to create convincing representations of real people and objects, which could have a profound impact on people’s daily lives.

The Danger of Deepfakes

Over the past few years, deepfakes have entered mainstream consciousness, blurring the line between real and fake media. As technology improves, it threatens to make that difference fully indiscernible. Especially confusing might have been the President Barack Obama deepfake created by Jordan Peele, which served as an introduction to the world of deepfakes for many people not already immersed in the technology. The Obama deepfake looked particularly convincing and suggested we should think more about our own security when it comes to AI-generated content. Deepfakes represent another, possibly darker side of what might happen if cutting-edge technology were freely available to anyone: large-scale, malicious use of fake images for disinformation and malware.

While it’s not possible to totally prevent the spread of deepfake content, the latest generation of the technology represents a possible threat to democracy. As a result, organizations that use deepfake content should take a careful, deliberate approach to deter the misuse of these techniques. On the macro-level, this might also include governmental regulations related to liability for spreading misinformation. Consumers need to be aware of how the technology works and how to spot generated images.

The Mechanics of Deep-Learning Image Recognition

Deep-learning AIs are used to generate image representations from data. The data is usually generated from images or video files, but it can also be generated from spoken language or some other data. For instance, my platform Contentyze uses data to generate text.

For example, imagine that a photo in your camera roll of a smiling woman was created by a neural network instead of being a picture you snapped. Could you tell with 100 percent accuracy that it is fake?

Even though deep-learning AIs can generate images, they are often not able to reproduce the exact appearance, features, or details of the people or objects they’re fed as data. Instead, various artifacts appear. Have a look at this generated photo:

In the photo above, the deep-learning algorithm has made several “mistakes” that a trained eye can catch. Most obviously, there’s something weird going on with the background. Look more closely and strange, unnatural-looking hair groups on the left become more apparent. Also, look at the left ear carefully.

Although the field of artificial intelligence is still in its infancy, the technology is developing rapidly and finding itself put to work in many novel ways. For example, AI is currently becoming more popular in the entertainment industry due to recent breakthroughs.  For example, Robert De Niro and Al Pacino were digitally de-aged in The Irishman using AI. Hollywood is also heading toward “digitally resurrecting” actors from the ’50s and ’60s in films: Supposedly, James Dean is going to appear in an upcoming movie thanks to AI. Studios are even considering using completely AI-generated actors in films. The increasing sophistication of technology means that we’re likely to encounter more and more AI-generated content in our daily lives.

Taking a step back, there are two levels on which we can approach deepfakes: creation and truth. At the creation level, we can distinguish between images that are created by humans and those generated by a machine. We can use the term “synthetic” to denote images that are machine-generated. In terms of viewing, a given image can either represent the truth or try to mislead the viewer. We can denote this type of image with the term “fake,” as in fake news.

Using this taxonomy, we can easily imagine media that’s synthetic but true or human-generated but fake. We shouldn’t necessarily discriminate based on the creation of a given image, but rather what its goal is. Does it intend to mislead us, to promote a hidden agenda, or it is to show us an interesting phenomenon and report facts? That’s the distinction between fake and true images, and it’s largely independent of whether the image is synthetic or human.

Having said that, we still need to be more careful with what we see on the internet. As a rule, I don’t trust what I see unless I double-check it in other sources. With technology progressing further, I believe this is the only way to approach media in general. We should become more careful when reading or watching the news on the Internet, especially from unverified sources or social media. The cost of spreading misinformation has been lowered dramatically in recent years thanks to progress in AI.

Despite the dangers, this technology is likely here to stay. After all, AI-generated images can also be useful in a range of commercial applications, and research progresses quickly in image generation. For example, Samsung engineers have recently developed realistic talking heads that can be generated from a single image, so now AI can even put words in the mouth of the Mona Lisa. Deepfake technology is ready to disrupt all kinds of media and may even change the nature of how we perceive the truth. As consumers of media, we need to be aware of what we’re looking at and whether it’s synthetic, fake, or maybe both.

Adapted from Przemek Chojecki’s recent book Artificial Intelligence Business, which is available on Amazon both as an e-book and a paperback.