No Walled Gardens: Cadre Is Revolutionizing Commercial Real Estate Investment From Within

Cadre’s product and engineering leadership use honest communication and connection to the company mission to power their disruptive product development.
Written byJenny Lyons-Cunha 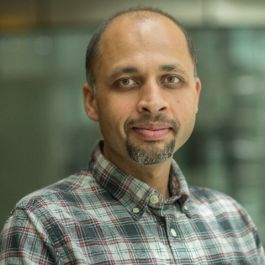 For the current head of engineering at Cadre, the seeds of those adolescent conversations blossomed into the hope of investing one day. But when Gupta eventually moved to the United States, real estate investment remained out of reach. With the promise of private equity growth locked away behind financial and social barriers, Gupta quickly saw the true barricade around real estate investment.

“It felt like a walled garden,” Gupta said, slicing the air with his hand. “Either you need a lot of money to invest, or you need to have all the right connections. But then Cadre came along, and it felt like the opportunity to help create something truly unique.”

Cadre is a commercial real estate investment platform that provides individuals access to the same institutional-grade assets that multi-billion dollar endowments and investment funds typically invest in. Driven by technology, “Cadre opens participation to a historically opaque and illiquid asset class.” Head of Engineering Skand Gupta describes the massive real estate investment industry as “completely locked out” — only available to those “who have the most money and connections.” Gupta and his colleagues are driven by the promise of a more equitable future. “We’re giving people the opportunity to invest in something that creates a nest egg or a future for their children,” Gupta said. “We know this product can positively benefit people’s lives.”

For Madge Rumman, head of product at Cadre, the way into the walled garden is with an impeccably designed product.

“It’s amazing that our product is the way to bring people in from the sidelines,” Rumman said. “When they have something in their hands, where all they have to do is log in, and — Boom — there’s a portfolio of investments that they can browse.”

“There’s so much work to be done on the private equity side of things, and real estate is just a segment of that,” Rumman added. “Offering the everyday person something that’s been reserved for sophisticated investors is really powerful.”

“We’re solving for how to make commercial real estate investment a household conversation,” she added. “The industry is pretty niche, but making it accessible to regular folks is so important.”

It’s clear that Gupta, Rumman and Killen count themselves among the regular folks making a collective effort to scale the walls of private real estate investment. This comradery shapes the relationship between Cadre’s leadership and their teams. During their time with the disruptive fintech company, both Gupta and Rumman have adopted a policy of revolutionary transparency as a way to raze any barriers between leaders and their reports.

Cadre’s product, design and engineering (PDE) team loves a great demo. With Rumman often DJing the occasion, demos create space for a moment of celebratory pause. “Our demos are an opportunity for the rest of the company to see all the work that product and engineering have been working on,” Rumman said. “You might have heard something launched, but that feeling of actually being able to see it end-to-end has that wow factor.” The PDE demos serve as another way for Cadre’s leadership to stay connected to the work each team is doing — and let individual contributors speak to their work. “Giving someone the mic and letting them speak to their ideas is a powerful thing,” Rumman said.

When Gupta joined Cadre as head of engineering, his first order of business was lifting the voices of his teammates to help make the company more transparent than ever before. He and Rumman, who was also still new to the company, gathered their product and engineering teams in Cadre’s airy Midtown offices. With the new leaders and product, development and engineering (PDE) teams gathered under one roof, the teams were invited to voice their opinion on the current state of affairs — rosy and otherwise.

“Call it an offsite, call it a forum, call it a brainstorm: We had an open forum for everyone to lay out problems, acknowledge them and brainstorm potential solutions,” Gupta said. “It let everyone know that leadership is listening, and we are not shying away from making positive changes.” 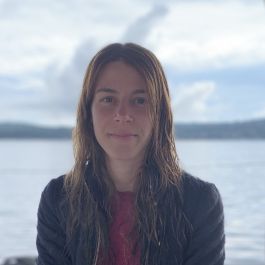 Three years into her tenure at Cadre, Killen felt the energy of the PDE team shift with the momentous forum. “The honesty in that session — giving each employee a chance to speak — just felt good for everyone,” she shared.

Rumman, on her part, is passionate about stretching her team to their full potential — and sees that transparency as the key. “The best thing we can do is hire smart people, remove barriers for them and provide guidance,” she said. “Our people are fully empowered to take charge of products, and we give them the information they need: the good and the bad.”

“We treat people as adults,” Gupta chimed in. “We communicate across teams, brainstorm together and take action quickly.”

“Yes, it’s important to build a culture where everyone can learn how to fail fast and innovate quickly.” Rumman responded.

Failing fast may sound treacherous, but it’s a cornerstone of agile thinking. Forbes recently lauded the ability to fail fast as a vital skill for emerging companies: “In today’s complex business environment, where things are changing constantly, speed of execution is a lot more important than perfect execution.” Rumman considers failing fast to be an integral part of the innovation process. “Having that sort of structure between product and engineering where you can innovate quickly, experiment and bring products out to the market very quickly can give you an edge over your competitors,” she said.

As Rumman sees it, Cadre’s focus isn’t just on building new products: “We’re focused on building a world-class product, engineering and design function — and streamlining the processes between PDE and the organization.”

In this growth lies a unique opportunity to build a vessel that can level the uneven terrain of private equity. “Developing this product and this team can be like building a plane while it’s midair,” Rumman said, laughing. “But it’s a growth opportunity that doesn’t happen for some people in all of their lifetime.”

Looking forward, Gupta has a bright outlook for the PDE organization at Cadre. “We recently had a brainstorm session,” Gupta said. “Within a week of that meeting, we had solid proposals coming from the team.”

He added, “When people own ideas — from the bottom up — there’s a sense of magic that is just so motivating.”