Can Machine Learning Help Clean Up a Tornado’s Financial Aftermath?

When a tornado rips through a town in middle America, emergency response teams deploy to help save as much life and property as possible. Meanwhile, insurance companies — who play a key role in the road to recovery — brace for an influx of claims.

As it turns out, the technology that insurers use to help anticipate claim volume and deploy resources accordingly is, well, virtually nonexistent. But in the last year, a group of technologists and meteorologists at real estate data company CoreLogic has come up with a largely automated solution to estimate the damage caused by tornadoes in near real-time. And the applications, they say, reach far beyond the insurance industry.

More than 1,200 tornadoes touch down in the U.S. every year, causing around 80 deaths and some $400 million in damage. In the aftermath, the National Weather Service typically dispatches teams of meteorologists and structural engineers to affected areas, where they assess damage and coordinate recovery efforts.

These teams drive and walk in the tornado’s often devastating wake, assessing the strength of the storm based on the damage it caused. For their part, insurance companies rely on these types of reports to inform the readiness of financial and professional resources earmarked to manage claims. 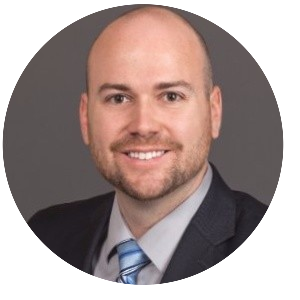 “The problem with that is it’s a delayed process,” said Curtis McDonald, a senior product manager and meteorologist at CoreLogic, which builds software that leverages property data to help realtors, financiers, insurers and governments operate with confidence in the real estate market. “Multiple days will typically pass before that information is released.”

McDonald, who is based in the heart of Tornado Alley in Oklahoma City, OK, pointed out that National Weather Service technology focuses on forecasting the movement of a tornado rather than assessing the damage it has already caused.

Recognizing the opportunity for a tech-driven solution, McDonald and his CoreLogic teammates developed a software program called Tornado Path Maps, which uses National Weather Service radar data to automatically detect and track tornadoes, calculate their strength and estimate the damage — all within 15-minute intervals. Designed to help insurance companies prepare for incoming claims, the technology also has applications for emergency responders, transportation departments and utility companies.

“A lot of tornadoes take place at night,” McDonald said. “So it’s unknown how long it was on the ground, how wide it was, how strong it was.”

Through the tool, he said, insurance companies can upload their policies onto CoreLogic’s platform and receive real-time estimates on how many individual policies might be affected.

For McDonald and colleague Daniel Betten, who works as CoreLogic’s principal research scientist for meteorology in Oakland, CA (and holds a Ph.D. in the subject), the first challenge they encountered was developing software that could detect a tornado in the first place. 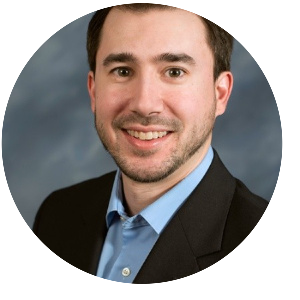 “Looking at a weather radar scan, my eyes know what a weather system looks like before it produces a tornado, while it produces a tornado, how significant that tornado is and what it looks like after it dies,” Betten said. “So how do I design variables that represent what my eyes are looking at, and then how do we represent that in an actual algorithm?”

Tornadoes come in many different shapes and sizes, and that variation produces a wide spread of readings in radar images. Betten said his team leveraged machine learning to train its algorithms on National Weather Service tornado surveys as well as more than 900 radar scans of different types of tornadoes. The team was also careful to lean on its on-staff meteorological experts, who championed the latest understandings of tornado formation and how they manifest on radar scans. McDonald and Betten studied together at the University of Oklahoma and, in addition to their experience with detection and forecasting systems, estimated that they have observed a couple hundred tornadoes on the ground between them.

“We tried to take all that knowledge and then translate it into an objective, consistent base model that will run consistently,” Betten said. Tornadoes can occur in multiple places at once, he added, so it was important to build an underlying model that could detect tornadoes without human input.

While the underlying technology is capable of detecting tornadoes as they occur, the team recognized that putting human operators behind the metaphorical wheel would allow for even more detailed tracking. As a result, CoreLogic has professional meteorologists on call 24 hours a day to feed information outside of standard datasets into the algorithm as tornadoes progress.

“It’s much easier and more accurate to have a person feeding it into the algorithm.”

“Humans are able to integrate a lot of knowledge and science much faster than an algorithm, and in a way that might be too complex to represent in a model,” Betten said.

Operators can add vital context to the pictures they’re seeing on radar screens: the size of hailstones as they appear in social media photos, for example, or videos uploaded by storm chasers out in the field.

“We could build an algorithm that would potentially capture some of that information, but it’s much easier and more accurate to have a person feeding it into the algorithm,” he said.

With access to an insurer’s policy portfolio, Tornado Path Maps can query datasets against the tornado’s path and strength. McDonald said the company gives a probability of damage — ranging between 10 and 90 percent — for each parcel of land.

“Insurers then get an estimate of how many policies might be impacted by any given tornado,” McDonald said. As a result, carriers can plan how many adjusters they might need, where to concentrate resources and proactively reach out to customers to make sure they’re okay.

“Insurance plays a big part in the recovery for those impacted by a tornado.”

The technology currently provides 250-meter resolution and neighborhood-level detail for any community located within 75 miles of a weather radar.

“This encompasses most major U.S. cities, especially the cities that are prone to tornadoes,” McDonald said. “We do have some coverage issues with very rural areas, but it’s something I’m hopeful that we can expand upon in the coming versions of this technology.”

Looking ahead, McDonald hopes to get the technology in the hands of first responders soon. It would help emergency services know not only where to go, he said, but also how to get there.

“We are looking at ways that we can provide this data to emergency services if it’s beneficial to them,” he said. “Insurance plays a big part in the recovery for those impacted by a tornado, but first responders are obviously the most immediate concern.”