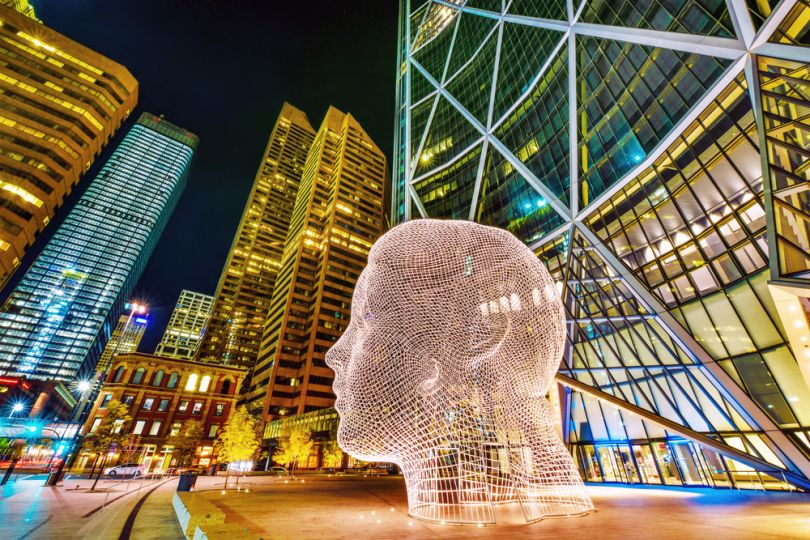 If you find yourself in Calgary, Alberta, you don’t have to pull out a loonie to buy something (that’s the Canadian dollar for you Yankees reading this). Instead, according to CCN, you can use the Calgary Digital Dollar as the city is the first in Canada to launch a digital currency for exclusive use in Calgary in tandem with the federal currency.

The finance minister of Alberta, Joe Ceci, oversaw the launch event of this new currency, which follows in the footsteps of the Calgary Dollar. The Calgary Dollar was established in 1996 as an initiative of the city, small businesses and nonprofits. The complementary currency was created to jolt the local economy, much like this digital version.

“I don’t mind seeing things happen locally and people making money. It’s a lot of fun to meet people and barter and exchange. [The Alberta government] supports the work of Calgary Dollars in every way.”

“I don’t mind seeing things happen locally and people making money. It’s a lot of fun to meet people and barter and exchange.” said Ceci during the launch. “[The Alberta government] supports the work of Calgary Dollars in every way.”

The Calgary Digital Dollar can be earned in a few ways, including taking surveys, referral new users and posting ads aimed at selling, trading or bartering goods or services on the Calgary Dollars website or via an app and paying for the service using Canadian dollars, CCN explains.

Calgary Digital Dollars can then be redeemed for transit tickets, grocery purchases and other goods and services or even donated to Take Action Grants which funds local community projects. The City of Calgary also accepts Calgary Dollars to cover the costs of licenses.