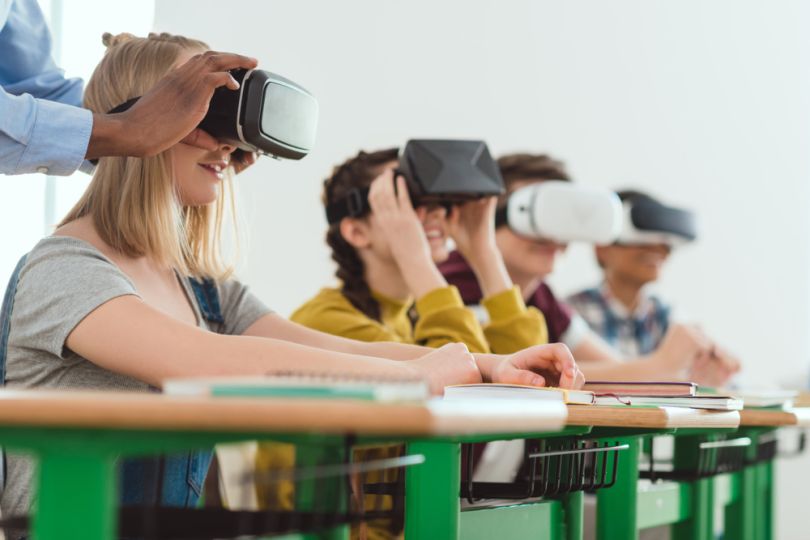 Founder and veteran entrepreneur Vassili Philippov turned his passion for teaching science to his young children into a venture that has raised a total of $12 million since its founding in 2015. With a company name standing for “more efficient learning,” England-based MEL Science offers subscription-based physical chemistry lab sets and virtual reality programs to bring science to classrooms and students everywhere.

Topics covered in these lab kits, which are geared towards children ages 9 to 13, range from crystals to corrosion. While the first kit is free and comes with a VR headset, after the first month the company charges $34.90 a month. Students using the VR headsets get to experience the world on an atomic level as they learn chemistry principles through bitesize VR lessons. Philippov told MEL Science that the company plans to expand into physics and biology content as well.

“Humans are bad about understanding what’s bigger and smaller than us,” he tells EdSurge. “If we make the children smaller than an atom, then they can understand.”

MEL Science plans to use this funding to expand to 5,000 schools worldwide, according to Philippov, who declined to say how many schools his company currently serves. The company has grown considerably since its last fundraising round in 2016, going from 12 to over 100 full-time workers. While most of MEL’s customers are in the U.S., the company plans to grow subscriptions in Europe, Australia and East Asia.

Philippov cites the growing acceptance of VR for learning and the increased affordability of headsets as two trends on his company’s side. While he acknowledges that parent perception of this technology needs improvement, Phillipov told EdSurge that he believes that ultimately making students happy will lead to the success of educational VR.

He also thinks that the tactile nature of his product gives him an edge against other edtech tools.
“Kids need to be touching things,” Philippov said to EdSurge. “And you have to see it in kids’ eyes that they’re learning.”