Why Vendavo Made Market Medium Part of Its Team

There are many reasons for a company’s acquisition to go wrong.

The acquirer is not only integrating a new product into its organization, but also a new set of people and processes. Every step of the process poses financial, technical and legal risks.

So it is perhaps surprising that, when discussing B2B pricing and selling solutions company Vendavo’s acquisition of rebate management company Market Medium, the interviewees were all in agreement:

“Compared to other acquisitions I’ve been part of, Vendavo’s acquisition of Market Medium was smooth and well-planned out,” said Aneesa Needel, Vendavo’s senior product marketing manager.

“I was trying to come up with a list of some of our biggest challenges and nothing major came up,” agreed Jason Bletz, Market Medium’s co-founder and Vendavo’s new vice president of implementation services for rebate channel management. “It was well-planned and thought out, and there was attention paid to communication. It was all very transparent and open — nothing was hidden.”

And while Director of Content and Web Strategy Morgan Short wouldn’t claim that the acquisition was challenge-free, she still had very positive things to say:

“There’s going to be challenges in any acquisition, but with change comes opportunity — for Market Medium employees, for Vendavo employees, for our customers, for our salespeople to close more deals,” she said. “It’s funny, because if communication isn’t smooth, if even one thing is off, you’ll hear about it — but it was pretty smooth. So we didn’t get much internal feedback as we rolled the announcement out.”

“I don’t think it’s Vendavo’s style to acquire a company just for the technology,” said Short. “Employees can have faith that Vendavo’s leadership is committed to their individual growth, just as they are committed to the company’s overall growth.”

As an organically grown company, Market Medium’s momentum had its limits.

“Growth was steady, but slow,” explained Bletz. To truly propel the company forward, they had two options: Get outside funding or merge with another organization. And once Vendavo showed its interest, the path was clear.

“Once the Vendavo name came up, the conversations just started,” he said. “We told everyone else that we’re signing a letter of intent — that this was our focus.”

There were a number of advantages to the acquisition that made Vendavo the easy choice. The first was brand recognition. Bletz had known about Vendavo since 2011 — their name was well known in the pricing space — so he knew he was signing up with a reliable, reputable company. The second and most important reason, though, was that Market Medium’s product was exactly what Vendavo needed to expand its offerings.

As evidenced by the photo of Earnest Hemmingway hanging just behind his head, Bletz understands the importance of precise language in description — so he made sure to clear up his terminology.“The product was originally Market Medium, but now that it’s acquired it’s Vendavo Rebate & Channel Manager,” he explained. “So when I’m talking about current times, I’ll say Rebate & Channel Manager, but I might say Market Medium if I’m referring to it previously.”

“You can’t really have a discussion about pricing without rebates trickling in, and vice-versa,” he said. “There’s different layers of pricing that rebates can go in, so having control and integration between these two types of software is really critical in this day and age for businesses to stay competitive.” 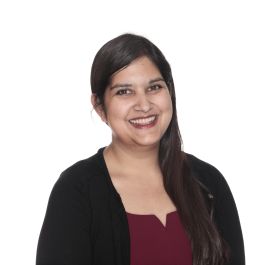 “At Vendavo, we’re always looking for acquisition opportunities in different spaces that we serve — and more importantly, we want to build a stronger set of solutions that the market requires,” added Aneesa Needel. “We used to help customers with rebates to a certain degree, but what Market Medium was doing was a game changer. Really combining those forces and joining the organizations was key, and it was something we were really excited about.”

The acquisition was symbiotic. Market Medium got to grow and expand its market, and Vendavo got the resources to make rebates an even greater aspect of its end-to-end commercial excellence strategy. Going through with the deal was a no-brainer — but once that decision was made, Vendavo had to effectively communicate it to everyone involved. 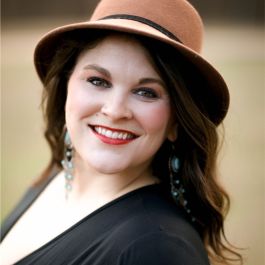 No matter how perfect an acquisition seems on paper, it heralds significant change — for employees and customers alike. As such, communicating this change and what it means must be done thoughtfully. Short played a substantial role in what that communication looked like.

“The first step was to create an official plan and workflow for everything that had to happen — and you have to consider all of your audiences when you do that,” said Short. “Not just employees, but different groups of employees — senior leadership, customer-facing roles and the rest of the global organization — along with Vendavo’s customers, Market Medium’s customers and the wider market. Different groups care about different things regarding the acquisition, and they’ll have different answers and questions.”

This meant that Short and her team had to convey the message in a multitude of ways, including social media posts, press releases and videos, along with all hands meetings and an internal FAQ to anticipate potential questions.

“We had an hour-by-hour, minute-by-minute detail of what would happen on acquisition day,” she said. “We prioritized transparency and clarity. I don’t think we could have over-communicated, honestly.”

“I don’t think we could have over-communicated, honestly.”

Despite this statement, it was important for leadership to limit the resources and data available to product and sales employees, so as not to jump the gun or overwhelm them with information. Still, they made sure to communicate the what and when of what would be at their disposal through the acquisition.

“We knew sales reps were going to be excited about this, and they’d just want every piece of information they could get from day one,” said Needel. “We all agreed on the back end what we’d have immediately available for them on announcement day, and then we noted what we were going to have for them that would take a little more time.”

This careful communication extended to customers as well as employees. Not only has Vendavo kept many of Market Medium’s old and new customers, they’ve already been able to close another deal only months after formal acquisition.

“We had a customer we signed literally two weeks before the acquisition, and that’s one of those hard conversations,” said Bletz. “But once we explained everything to them and let them know there was no risk involved on their part, they were excited about Market Medium’s future as part of Vendavo.”

Bletz summed up the important pillars of a company that need to be addressed in an acquisition as people, process and product. The two companies’ products synergized beautifully, but the people and processes still needed care — and Vendavo made that a priority.

“When I’ve done acquisitions previously, there were times that there was less of a focus or want to make sure that everything came over,” said Needel. “Many times it was just a tech acquisition — they didn’t care about what else might be incorporated from the acquired company. One thing that I’m really happy and excited about on this team is that there is a level of care for things besides the tech.”

Market Medium’s engineering has been done primarily in India. Vendavo is used to working around time zones for engineers — most of their previous engineering is based out of the Czech Republic — and this acquisition allows them to gain a presence in a new country.

One of the major positives of this acquisition for employees is the opportunity to grow and focus within their own team, rather than balance too many jobs at once to make things work. Thanks to its acquisition, Market Medium’s engineering and implementation processes are being split into different teams, thus eliminating the stress team members faced around working with two different timelines.

“It’s not going to happen overnight,” said Bletz. “But the product-focused teams will be able to focus on product, and the service-focused teams can focus on service. And Vendavo has been really listening to team dynamics when deciding who’s going to be on which.”

For Vendavo’s team, the experience has been very similar.

“People have been able to shed some of their previous jobs and focus on their new roles,” said Needel. “That’s the biggest thing I’ve seen — people being able to focus more when they might not have had that luxury previously.”

Overall, the entirety of Vendavo’s team — Market Medium employees included — can capitalize on new resources and growth opportunities through a new product and market niche. The Market Medium team can learn more about pricing models overall, the greater Vendavo team will have a broader understanding of how rebates fit, and their clients — present and future — can benefit from that expansion. And when Vendavo moves to expand again sometime in the future, they will be able to use what they learned from the Market Medium acquisition to ensure their next one benefits everyone just as much.

“I don’t know when the next acquisition will be, and I don’t know what the next product will be,” said Short. “But I think people can have faith that we will put meticulous care into how it’s communicated, how the teams are integrated, where skill sets can be harnessed best, and how people can grow their careers.”